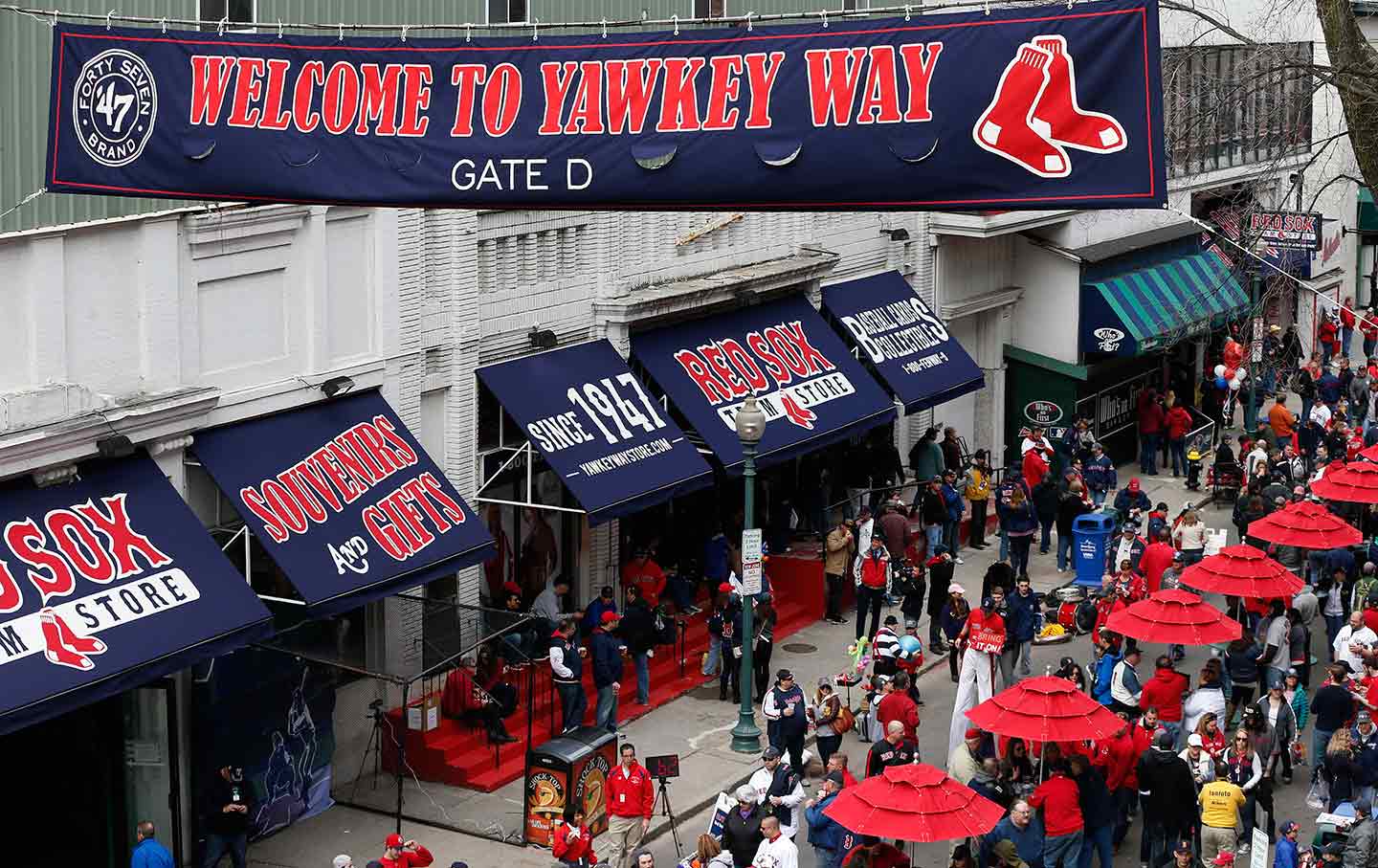 The debate about the push to change the names of streets or tear down statues that celebrate racist icons has hit the world of sports. Boston Red Sox principal owner John Henry says he is “haunted” by the fact that the name of the street that runs outside his stadium, Fenway Park, is called Yawkey Way, in honor of longtime Red Sox owner Tom Yawkey. With Yawkey at the helm from 1933–76, the Red Sox were the last Major League team to integrate in 1959, when they signed utility player Pumpsie Green. They never signed a black free agent under his leadership—and astoundingly did not take the step until 1992. Pumpsie Green wasn’t just the team’s first black player—he was the first black employee of the entire organization, from the front office to the secretarial pool to the janitorial staff. To get a handle on the issues involved, I spoke to ESPN’s Howard Bryant, the author of the indispensable book Shut Out: A Story of Race and Baseball in Boston for The Nation’s Edge of Sports Podcast. You can listen to the full interview here, but some important quotes from Bryant—one of the sharpest minds in this business—are highlighted below. He says:

I disagree with the argument that people are only talking about renaming Yawkey Way because they’re all swept up in Charlottesville and the social justice warriors are taking over. If you are even remotely familiar with Boston and if you’re a true Bostonian, like I am, this has been an issue forever. Let’s also remember that Jersey Street was renamed Yawkey Way only in 1976, after Tom Yawkey died. So it isn’t like Yawkey Way has been there for 100 years. It’s been there for 40 years. These things change and we change with it….

Confederate monuments I think should be looked at in a different category [than the Yawkey Way name change]. These Confederate monuments went up largely in the 1920s and 1950s [as symbols of reaction against emerging movements for civil rights and racial justice]. I don’t think you’d have these Confederate monuments if the United States had put its ideals ahead of its racism. Also the Confederacy was made up of traitors. It wasn’t just a racial question (as it would be with a Yawkey Way name change). They tried to overthrow the government. That, to me, is why the monuments to the Confederacy have to go. If you really call yourself a patriot, if you really call yourself a constitutionalist, there’s no room for what they did… 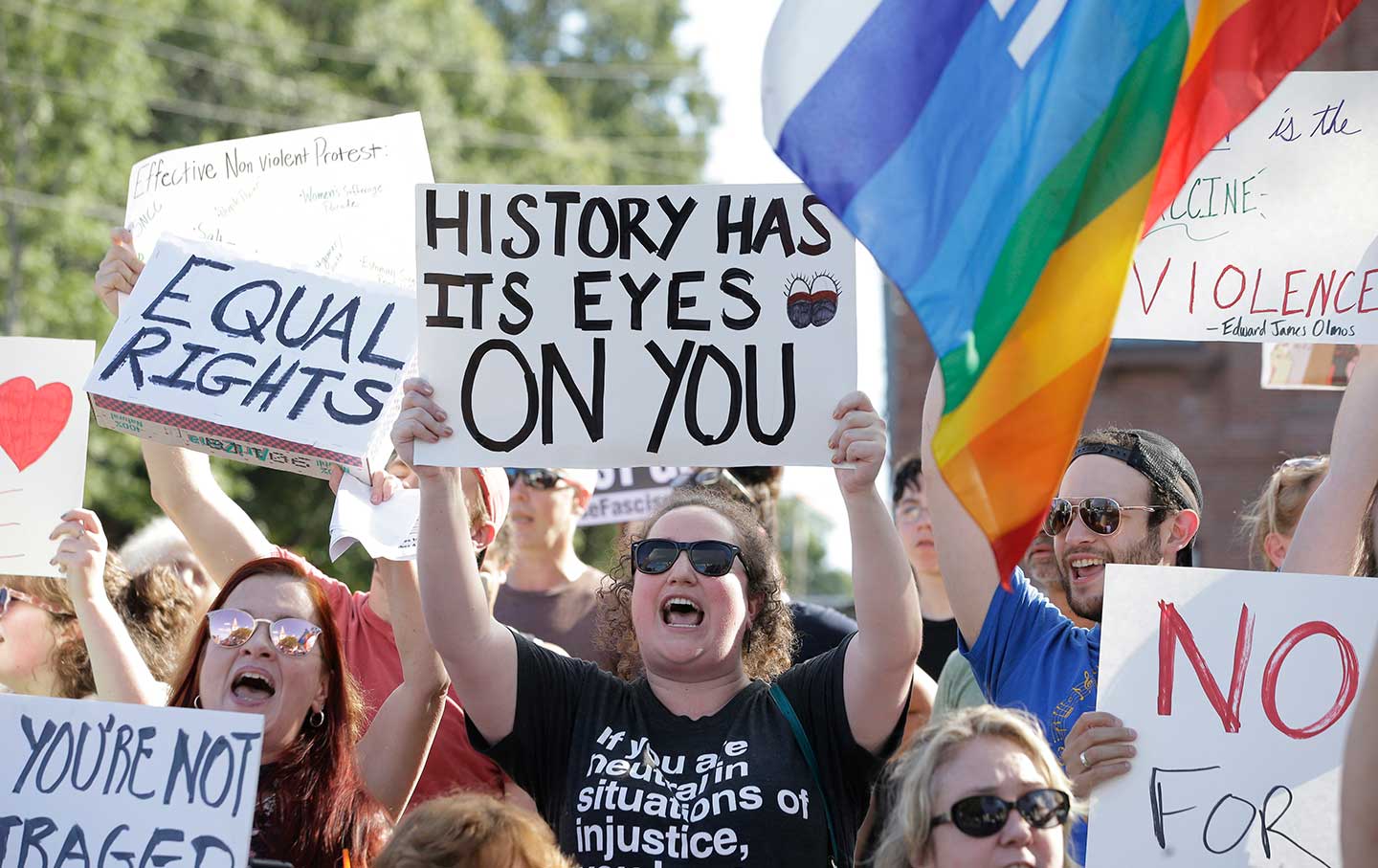 Fire the White Supremacists, Topple the Confederate Statues, Crack Down on the Violent Fascists

Tom Yawkey never led a racist insurrection in the United States. I would make the argument that instead of the comparison between Yawkey and the Confederacy, I would make the comparison between Yawkey and Boston. If we’re going to rename or take Tom Yawkey’s name off of this, what are we saying about the city of Boston [a city with its own tortured history of race and racism]? What we’re really saying is that we do not want his name on this franchise anymore, because we did not appreciate or we don’t feel that the contributions that he made to the Boston Red Sox were greater than this racial legacy. If you’re John Henry and if you’re the city of Boston, and that is your motivation, then I think that’s appropriate.

I think that if you’re John Henry and looking at a time that we’re seeing today, whether we’re talking about Charlottesville or talking about Adam Jones [the Baltimore Orioles star called racial slurs at a Red Sox game earlier this year] or talking about this White House, you can’t hide from this anymore. A lot of people are having a sort of “last straw” moment. Maybe Charlottesville was the last straw. Maybe that “many sides” speech by Trump is the last straw. Maybe it forces you to say, “You know what? Enough is enough. I gotta do my part!” And maybe this is his part.