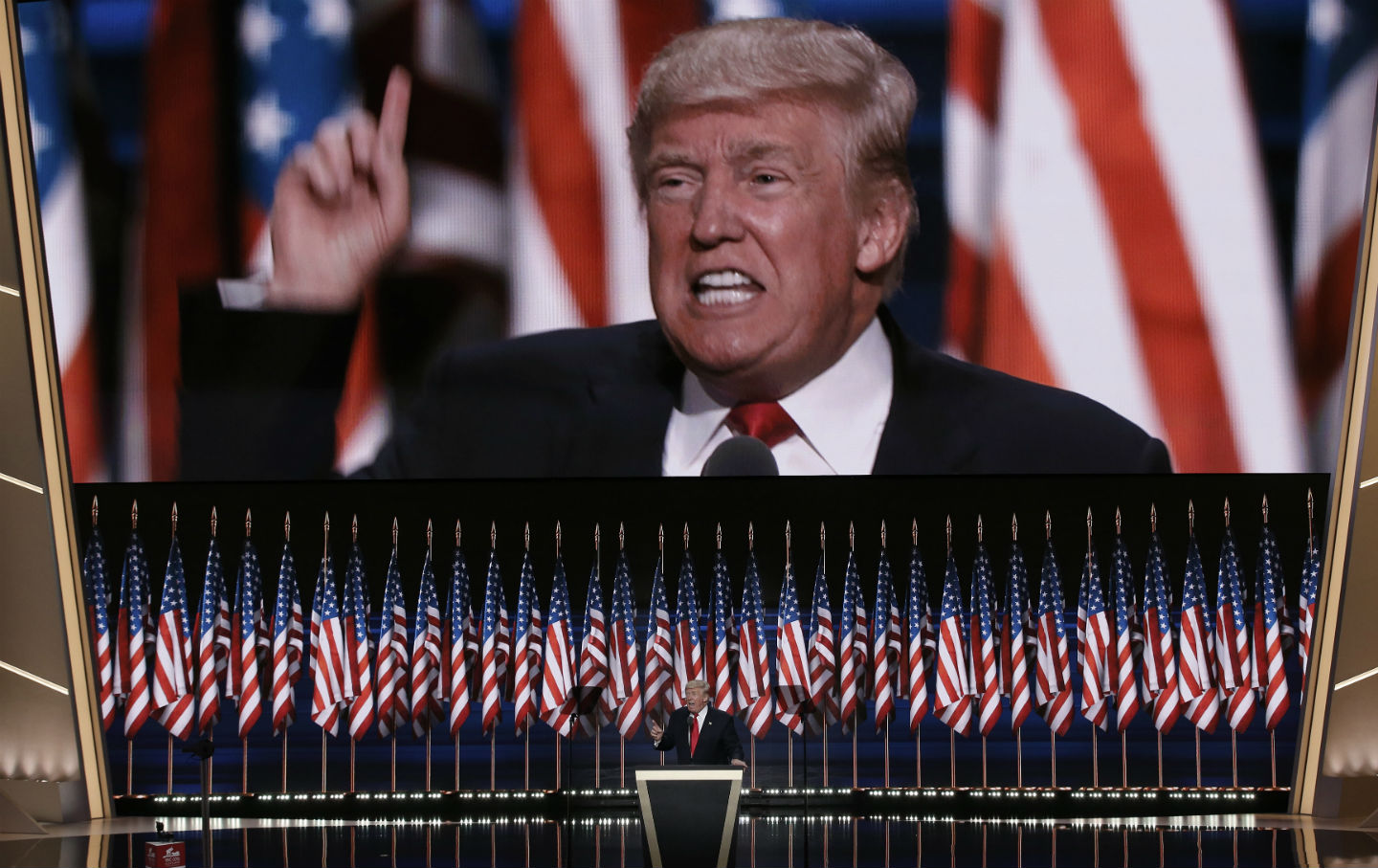 Last week, Republican presidential nominee Donald Trump suggested that “Second Amendment people” could rise up against Hillary Clinton if she wins the election and called President Obama “the founder of ISIS.” He also delivered a policy speech at the Detroit Economic Club that, understandably, received much less attention.

Given Trump’s near-constant breaches of common decency, many people have given up on parsing the details of his policies, which can feel at times like complaining about the music in a crashing car. Yet while Trump’s affinity for regressive economics is nowhere near the top of the list of reasons to oppose him, there is still a real possibility that he could become the nation’s chief policymaker, and the policies he outlined last week counteract one of the prevailing narratives of the election—that Trump is a “populist.”

Over the course of the campaign, Trump has been consistently portrayed as a populist candidate, the Republican counterpart to Bernie Sanders in a race shaped by widespread anger toward the political and economic elite. This perception has been reinforced by Trump’s ritual humiliation of the Republican Party establishment in the primaries, as well as his overwhelming reliance on the support of working-class whites.