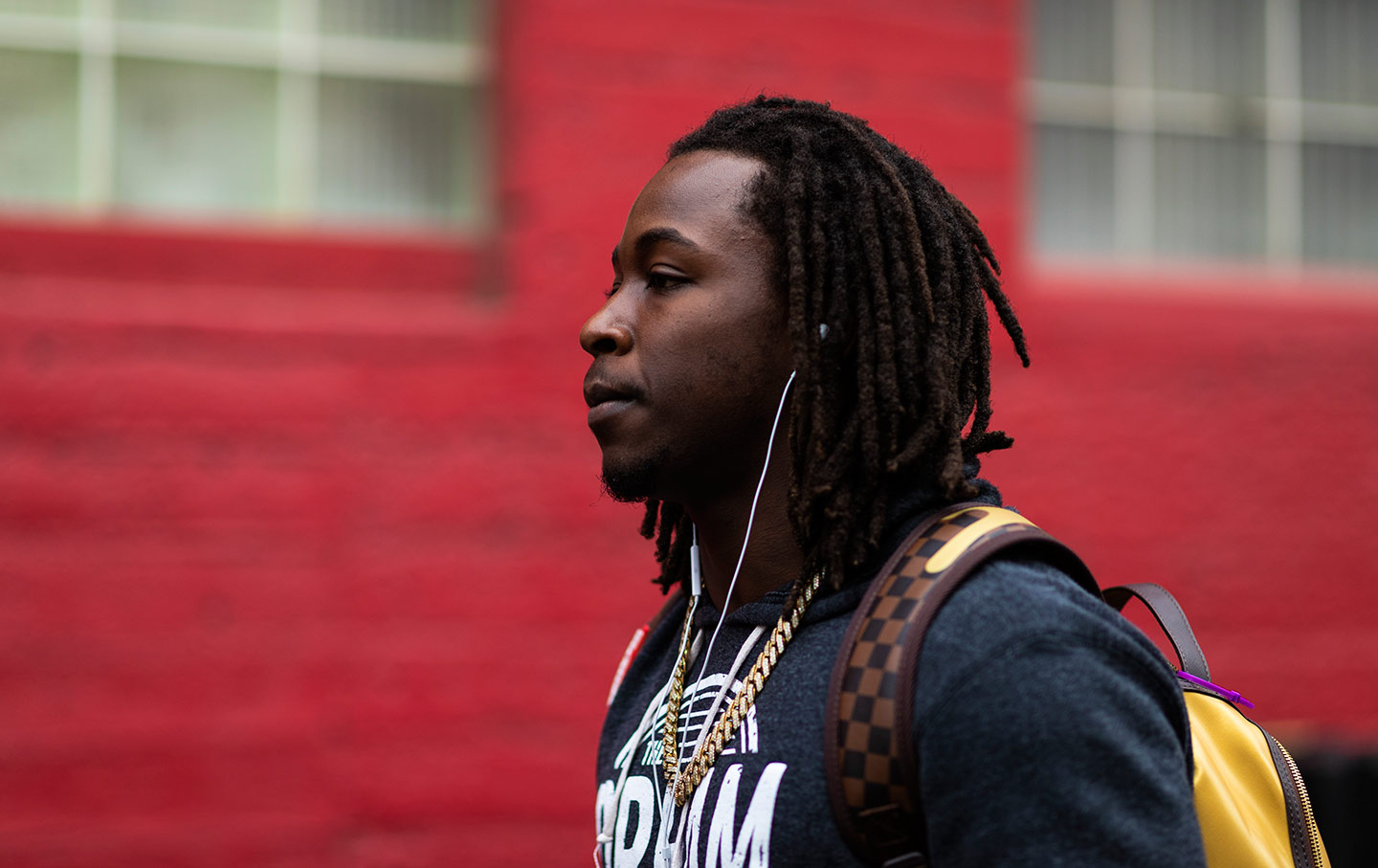 Sometimes a news cycle in the sports world develops with such breakneck speed, it creates mental whiplash, with the tempo of the story itself causing its own swirl of distraction from the rot that lies beneath. Such is the case with the video that recently emerged of Kansas City Chiefs running back Kareem Hunt pushing and kicking a 19-year-old woman outside a hotel last February. There are competing narratives about the assault. One suggests that the woman, whose name has not been made public, refused to have sex with one of Hunt’s friends. Hunt and his friends claim that she started yelling racial slurs at them after they asked her to leave when they found out she was under 21 and had been drinking.

The assault took place in February, but Kareem Hunt was released from the team immediately after the video went public on TMZ last Friday. The team quickly put out the word that the reason they had waited so long was that because after the incident, which led to a police report but no arrests, Hunt had lied to them about what took place and they didn’t see the truth until they witnessed the video. This was the word that they put out through all the usual NFL access merchants. As the NFL Network’s reliable Ian Rapaport put it, “Neither the NFL, nor the #Chiefs, had seen the video before it was published today. I’m told the league made several attempts to obtain it. The hotel said it was corporate policy to only turn it over to law enforcement. Cleveland PD would not provide it to the league.”

But NFL player Ben Watson spoke for many of us when he responded to Rapaport on Twitter, “I find that extremely hard to believe Ian. Extremely hard.”

The idea that TMZ somehow has the ability to find videos that the NFL—with its army of former FBI agents and cops on the security payroll—cannot strains credulity. It seems possible that both the NFL offices and the Chiefs knew that there was a video and chose to hope that it would never see the light of day. As for its “investigation” last February, we know now that the league did not even interview Hunt or the woman he pushed and kicked.

The incident is an ugly echo of the 2014 Ray Rice case, when it took the infamous video of Rice striking his then-fiancée Janay Palmer going public on TMZ for the league to take action beyond a slap on the wrist. I reached out to sportswriter and former attorney for domestic violence survivors Julie DiCaro, and she said, “It’s pretty remarkable that the NFL, with all its resources, is unable to get its hands on vital pieces of evidence like the video of Hunt’s assault. In this case, just like the Ray Rice case and Josh Brown case, the evidence of violence came via the media. At some point, it becomes obvious that the NFL isn’t trying all that hard to investigate these cases, because direct evidence, and the ensuing public backlash, forces them to act. And despite all the glossy, celeb-filled #NoMore ads, it’s pretty apparent that the NFL is doing little more than PR work when it comes to addressing violence against women.”

The mad rush to throw the pro-bowl running back into the memory hole and forget he ever existed comes the same week that the Washington football team signed linebacker Reuben Foster. The team faced a holy hell of a backlash since Foster had just been released from the San Francisco 49ers after his third arrest this year for violence against women. As Washington attempted to weather the storm of negative attention, their senior vice president Doug Williams had the quote of the year that explains the league’s moral vision when he said, “We’ve got people who are in high, high, high, high places that have done far worse, and if you look at it realistically, they’re still up there,” he said. “This is small potatoes [compared to] a lot of things out there.”

Basically, he is saying that Donald Trump and other people in power are so disgusting that a little bit of violence against women is “small potatoes.”

Williams is certainly right that the amoral vacuum at the top of society has a ripple effect up and down the social ladder, but that only makes it more important for every institution to rise out of the gutter and not succumb to the general moral rot. In that respect, the only silver lining to the Foster story is that there was in fact an outcry to hold this particular institution in check. They reaped the whirlwind because neither the Washington football team nor the NFL will ever be the moral force of its own self-aggrandizing dreams. They are what they are—no different from Trump—out for the buck and taking no prisoners.