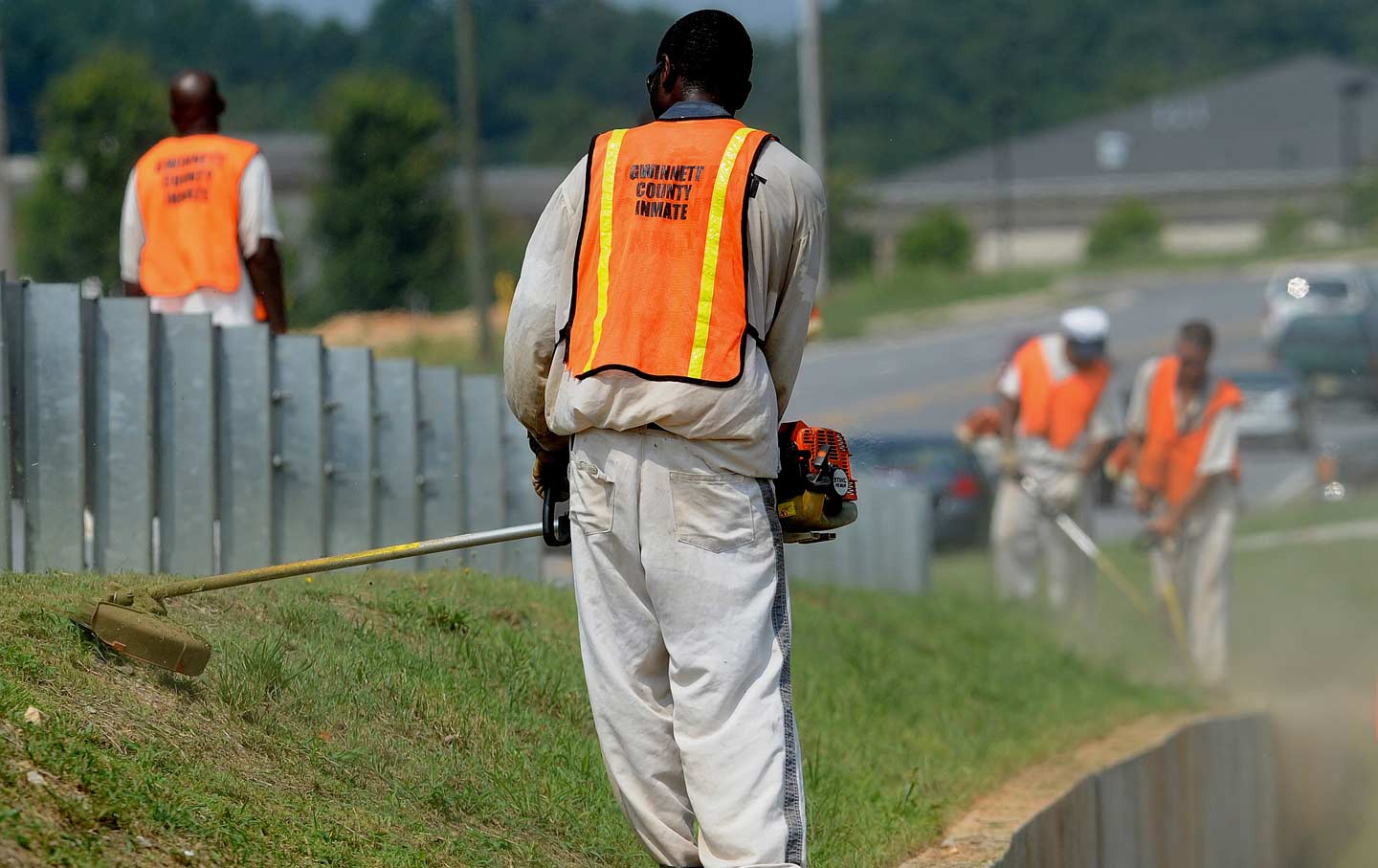 In the early 2000s, the small but militant Industrial Workers of the World (IWW) launched union drives at Starbucks and Jimmy John’s. At the time, many in the mainstream labor movement scratched their heads. Traditionally, labor groups believed that the high turnover of fast food workers would make them impossible to organize.

Nearly a decade later, fast food workers and the Fight for $15 are a central focus of the mainstream labor movement. And, given IWW’s ability to unionize workers who once seemed out of reach, many labor organizers now look to them as an incubator of new organizing strategies.

Now IWW faces one of the biggest challenges in its history: convincing the broader labor movement to embrace the approximately 400,000 Americans employed as prison labor across the United States.

This spring, the IWW and allied community groups organized prison labor strikes of thousands of incarcerated workers in Alabama, Wisconsin, Texas, Mississippi, and Ohio—all demanding the right to form a union. The IWW Incarcerated Workers Organizing Committee has called for a nationwide prison strike on September 9 to mark the 45th anniversary of the Attica prison uprising and claims it has the support of thousands of prisoners throughout the United States.

However, the barriers to organizing prisoners are high. Communication between prisons is difficult, as most prisoners are not allowed access to e-mail. Even within prisons, inmates are limited in their ability to meet face-to-face. While they are allowed to assemble routinely for Alcoholics Anonymous meetings or religious activities, the 1977 Supreme Court case Jones v. North Carolina Labor Prisoners’ Union denied them their First Amendment right to assemble if a warden feels a gathering is a threat to prison security. As a result, wardens block most prisoners’ union meetings.

However, Elon University Labor Law Professor Eric Fink says that prisoners may have another option. The right of prisoners to form a union has never been challenged in a National Labor Relations Board (NLRB) union certification case, and Fink believes that prisoners could use the NLRB process to push for the right to meet regularly and form collective bargaining units. He argues that prison workers—employed by private contractors in 37 states—should have the same right to form a union as other workers employed by those contractors. According to Fink, if the IWW were to bring a case before the NLRB, then the board could declare that prisoners are employees who are eligible to join a union.

As for prison workers who are employed directly by the state, Fink feels they could organize more easily. Under federal labor law, each individual state has a Public Employee Relations Board (PERB) which governs how labor law is applied in the jurisdiction. Often, the leadership of the PERB is heavily influenced by local labor leadership. So, if a public sector union such as AFSCME were to endorse the right of prisoners to form unions, state-level PERBs might be inclined to extend that right.

However, there is a catch: Many public sector unions also represent guards, who may be lukewarm to the idea of prisoners forming unions.

“The problem is that insofar as a number of public-sector unions have prison guards as members—and sometimes in large numbers—it has an impact on the ability to have that discussion,” said Bill Fletcher, the former education director of the AFL-CIO.

Heather Ann Thompson, professor of history in the African American Studies department at the University of Michigan, believes that guards should see prisoners’ unions as a win for them, too.

“These are workplaces that are deeply unsafe and barbaric,” said Thompson. She believes that giving workers a collective voice may reduce gang violence, because it will give prisoners a structure through which they can advocate for themselves. Unions would also provide guards and prisoners with the means to push together for a safer prison environment.

“Prisoners have no power to resist being employed as scab labor,” said Thompson. “Rather than resent the prisoners, the idea would be to support prison labor workers’ right to resist work.”

It remains unclear if the mainstream labor movement will support the prison-labor strike movement. Both AFSCME and the AFL-CIO declined to be interviewed, but they have indicated that they view mass incarceration as an employment issue. In April, while touring an apprenticeship program at a prison in Washington State, AFL-CIO President Richard Trumka said, “Mass incarceration has become a big business whose product is low wages and blighted lives, and the time has come for us to do something about it.”

IWW organizer Del Deluca is hopeful that the broader labor movement will support this effort. With more than 2 million people in prison, he sees potential in this new path of organizing.