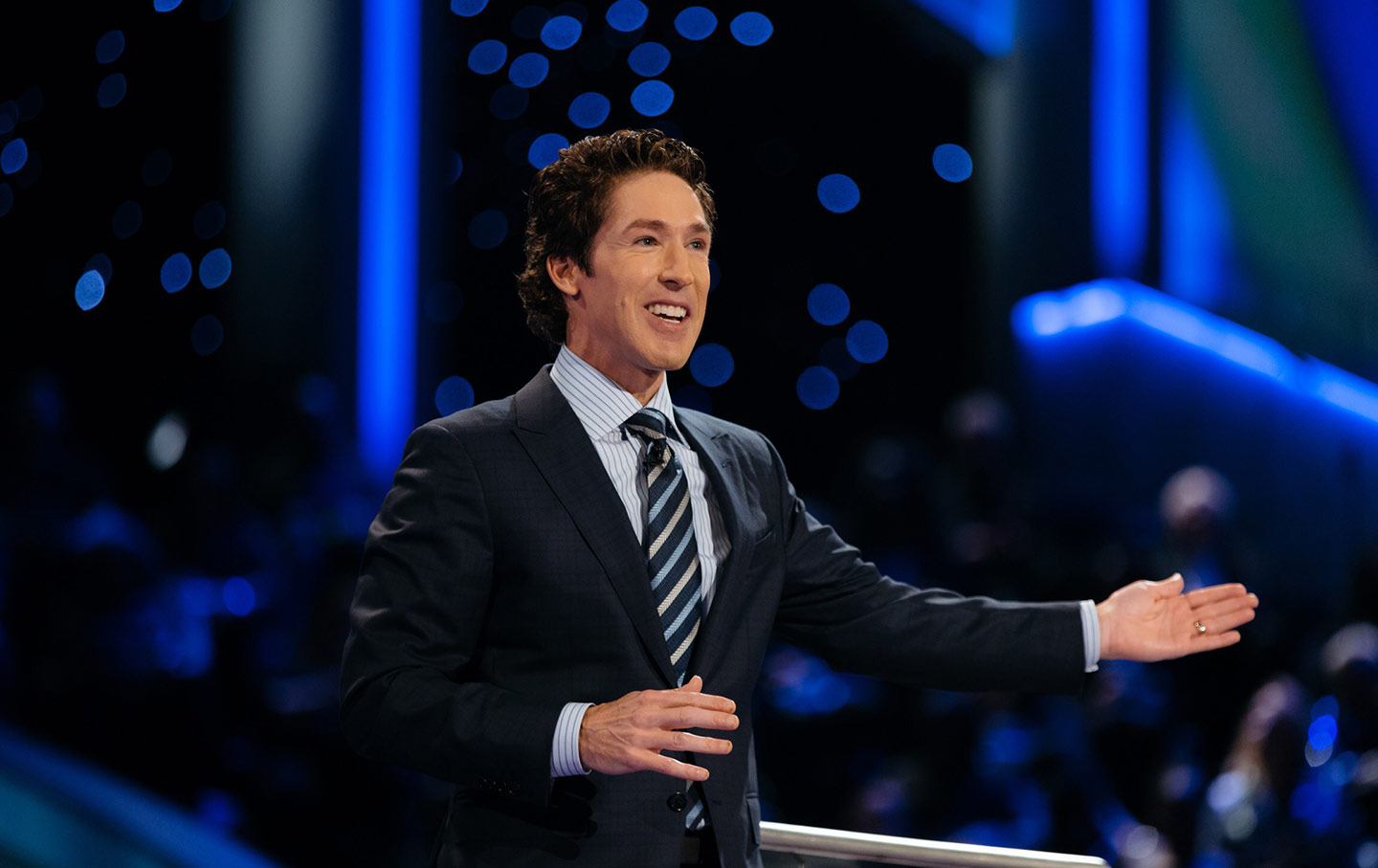 Joel Osteen, the money changer who runs his own Houston temple, was the subject of withering criticism earlier this week after refusing to open his 16,800-seat Lakewood Megachurch to those seeking shelter from Hurricane Harvey. Now the doors are open, but it took several days of people wondering why this proponent of the “prosperity gospel” (aka “God loves you if you are rich”) was pulling up the drawbridge on his place of worship.

Less discussed—and Osteen must be relieved that this is the case—is how this televangelist got his hands on his megachurch arena in the first place. It’s a story that speaks to how our cities are unprepared for disasters like Harvey in part because of the way spending has been diverted into publicly funded stadiums—stadiums that become rotting carcasses or “white elephants” as soon as a billionaire wants a new one.

Taxpayer-subsidized stadiums have long become a substitute for anything resembling urban policy in the 21st century. And now as roads, bridges, and humanitarian shelters decay, they stand exposed as neoliberal Trojan horses that take public dollars and magically transform them into private profit for billionaire sports owners. They are a scam, a con, and, not surprisingly, a grifter like Osteen has long had his hand in this honey pot.

Osteen’s church was once a hoops hallowed ground called The Summit, home of the Houston Rockets and the site of the magic made by Hakeem Olajuwon and his 1994 and 1995 teams that won back-to-back NBA titles. In 1995, flush with this success, Rockets owner Les Alexander demanded a new sports arena from the city. These negotiations eventually resulted in the Toyota Center, which opened in 2003, even though the city voted down this plan in a 1999 referendum. In the end, the people of Houston paid $182 million of the $235 million in construction costs. Toyota paid $100 million in naming rights, all of which went to Les Alexander.

That was just the beginning. Texas taxpayers have continuously paid for upgrades in the subsequent years. In 2013, the public even paid for a new $8 million scoreboard to help prepare Houston for the NBA All-Star Game. (Imagine what that $8 million could be used for right now.) Then–State Senator Dan Patrick, who today is Texas’s vile lieutenant governor, was correct when he said at the time, “I love sports. But sports owners and the leagues are some of the greediest people you will find, and they will take and take and take and take.”

But it’s not just sports owners who took and took and took. Osteen, who leads the largest congregation in the country and lives in a mansion that Donald Trump would find gaudy, moved his church to the publicly owned Summit in 2005 for a bargain-basement lease and then purchased it outright in 2010. How much did Osteen pay for this historic, usable but now useless arena? $7.5 million dollars. For the cost of a backup power forward, Osteen had himself a megachurch. The Summit, no longer the house that Hakeem built, would now be home to a Sunday television program and a preacher who gets paid in souls by the pound.

I spoke to Neal DeMause who runs the stadium news site Field of Schemes. He said, “In a sane world, the city of Houston would still own The Summit, rather than have replaced it at public expense so the Rockets owner could have a shinier plaything, and could make its own decisions about how to use it in emergencies. I suppose it’s a small silver lining that the scads of redundant sports facilities littering the landscape make for a surplus of good disaster shelters now—though if cities would spend billions of dollars a year on flood proofing and reducing carbon emissions instead of subsidizing sports venues, they’d probably get better bang for their buck.”

The Rockets-Osteen connection is tragically just a microcosm in Houston of what tax-funded stadium priorities have produced. The Houston Texans were handed $289 million of public financing for their stadium, with minimal debate. They even took $50 million in public funding just for 2017 Super Bowl renovations. That money went into “installing Wi-Fi in the stadium and upgrad[ing] the club and suite areas of the building.”

Then there is where the Houston Astros play, Minute Maid Park. This was built in 2000 for $250 million in public funds. Its original name, tragically and appropriately, was Enron Field. In the Texans, Rockets, and Astros we have three owners—Bob McNair, Les Alexander, and Drayton McLane (who sold the Astros in 2011 for $680 million), who are the welfare-kings of Houston. McNair and McLane in particular are galling individuals, both major bankrollers of GOP politicians who say that all public spending is bad, unless it’s for these monuments to corporate welfare in the guise of sports. Now the entire city is paying the price for their hypocrisy. As for Les Alexander, he just announced that he was selling the Rockets for a staggering $2 billion. Alexander bought the team in 1993 for $85 million. There is no way Alexander would be able to command that asking price without the public subsidies and new arenas underwritten by the city of Houston. Remember that when you hear stories of these three men writing personal checks to support Harvey relief. They are just handing us the leftovers.

As the waters rise, and climate change reaches our shores, it is unconscionable to keep spending money on sports arenas so billionaires can plunder and vultures like Joel Osteen can stay on the grift. The priorities need to change if we are going to survive a period of climate crisis, and it’s a small step to take to start asking billionaires to pay for their own damn stadiums.