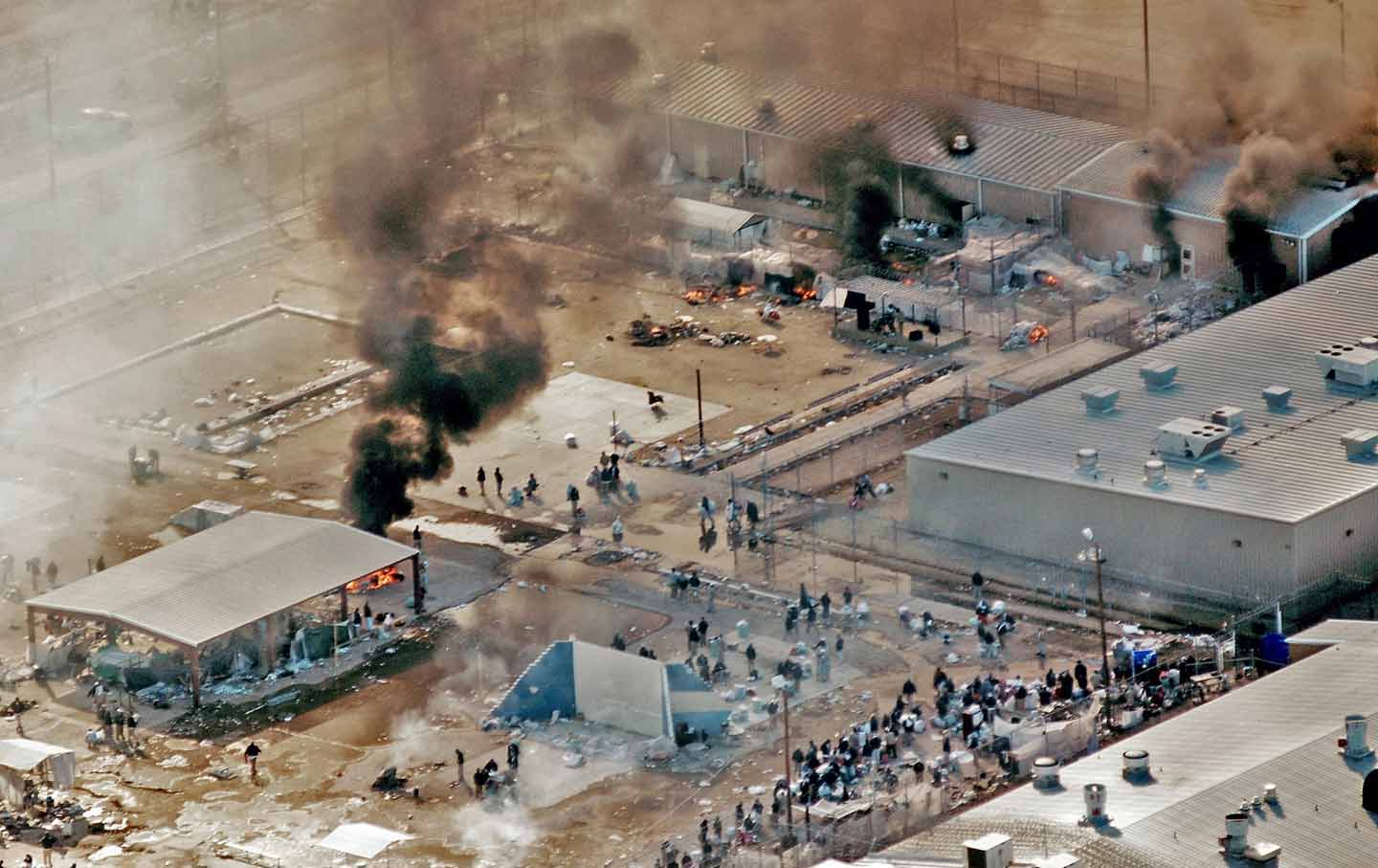 Seth Freed Wessler writes in the new issue of The Nation about the deadly conditions at private immigration prisons. It is a subject this magazine has been covering for over thirty years. “Despites the states’ growing desire to place people behind bars and popular demand for tougher sentences, taxpayers have been unwilling to pay for the prisons they want to fill,” the attorney Craig Becker and graduate student Amy Dru Stanley wrote in the Nation of June 15, 1985. “That contradiction has created an opening for private capital.”

In the piece, “Incarceration, Inc.,” they specifically note that the rise of private prisons for adult offenders, now dramatically expanded since Becker and Stanley wrote, began with precisely the same immigrant detention centers whose appalling conditions Wessler reveals in this week’s issue:

Private prisons intersect with the collapse of public welfare services and the trend of “privatization,” the performance of public functions by private business. It also coincides with the move toward “deinstitutionalizing” state facilities that supervise the aged, retarded and mentally ill. Private corrections originated in institutions where the line between dependence and deviance, between care and punishment, is blurred: halfway houses, juvenile facilities and detention centers for illegal aliens. Now, however, private institutions incarcerate adult offenders serving long-term criminal sentences. That threatens the civil rights of prisoners as well as the power of citizens to influence penal power.

Becker and Stanley called it “a principle central to liberal thought and democratic government that only the state possesses the authority to deprive people of their liberty.” Private prisons violate that principle. They not only “dispense punishment ordered by the courts; the coercive power of the state will rest in their hands.” It is a power, Wessler shows, that has been abused, and not infrequently with homicidal results. Prison officials in an expanded complex of private facilities “will make decisions every day that touch the most intimate concerns and the most basic needs of their charges,” Becker and Stanley noted. “Yet their main concern will be maximizing profits and minimizing costs.”

The 1985 article is eerily prescient about the consequences of trusting private corporations with the protection of basic rights and liberties. “For the state to abdicate its power of punishment to the lowest corporate bidder will seal off prisons more completely from constitutional and popular controls,” Becker and Stanley observed. “It will also sever any connection between justice and punishment, transforming the terms of the debate over the social objectives of incarceration from retribution, deterrence and rehabilitation to productivity and profit.” The authors concluded their piece by quoting a prisoner’s letter to The Philadelphia Inquirer, which asked, “Is our society to put sadism on a profit-making basis?’”

In a recent email, Becker and Stanley—now general counsel for the AFL-CIO and associate professor of history at the University of Chicago, respectively—wrote:

In the 30 years since we wrote “Incarceration, Inc.,” the question of whether the market should envelop core sovereign functions such as criminal law enforcement and punishment has grown more acute. In particular, the expansion of immigrant detention has enabled private corporations—most notably the Corrections Corporation of America (which was formed in 1983 and which we profiled in 1985) to reap increasing profits from both the failure of U.S. immigration policy and the violence and misery in Central America that drives people across borders. The rise of charter schools and the purchase of public education from for-profit corporations raises similar questions.

We commend The Nation for remaining a forum in which these questions can be addressed. And we can only hope that growing opposition to mass incarceration and enactment of comprehensive immigration reform may render these questions less pressing 30 years from now.