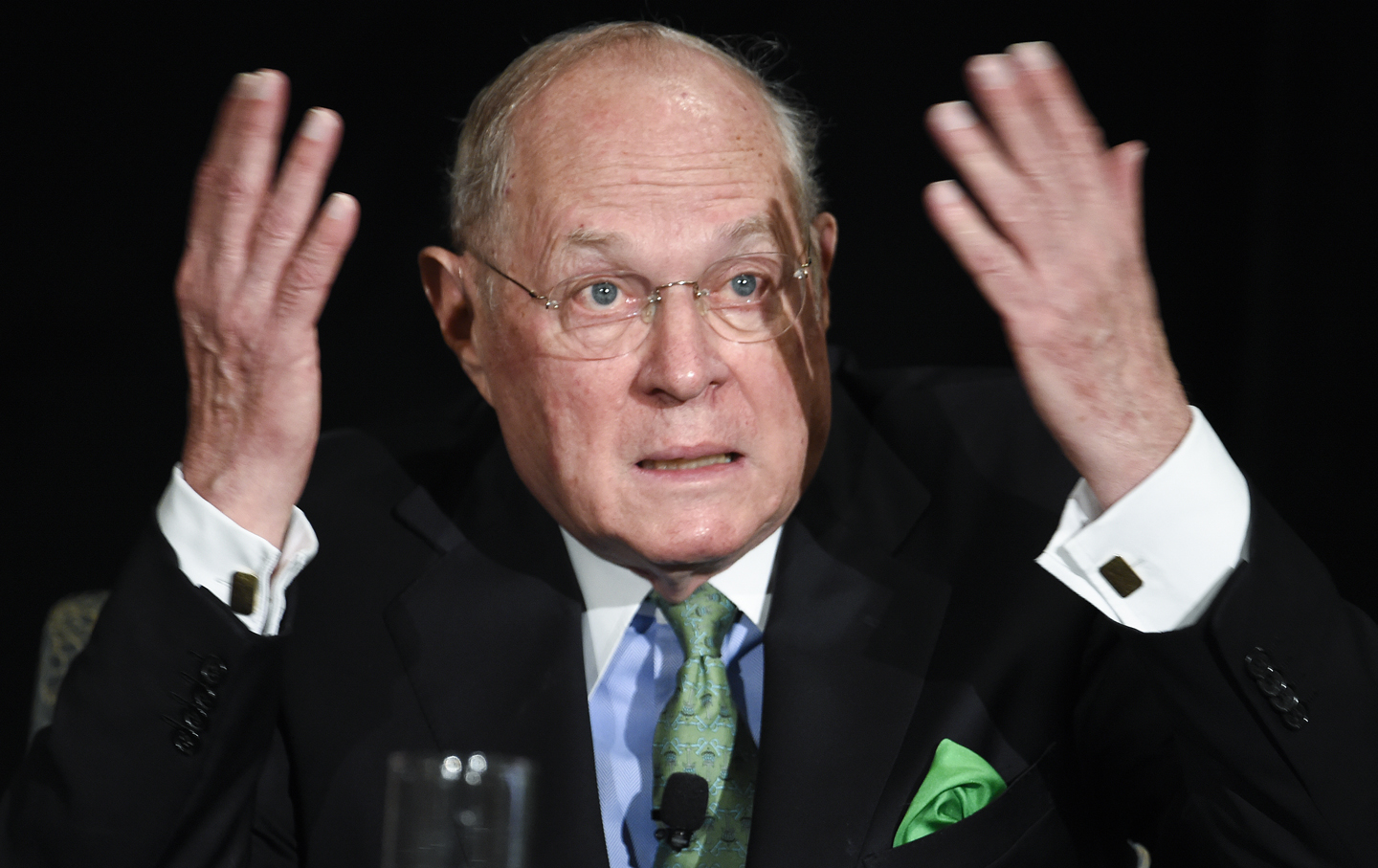 “Marriage responds to the universal fear that a lonely person might call out only to find no one there.”
—from Justice Anthony M. Kennedy’s opinion in Obergefell v. Hodges

When in June the Supreme Court declared same-sex marriage the law of the land in Obergefell v. Hodges, on the one hand I, along with millions of others, cheered; on the other, I was reminded of that long ago time when I, and everyone I knew then, thought long and hard and almost daily about how good it would be if loneliness and marriage were no longer linked together; if it were free and independent persons who got married for any reason other than the fear of living alone.

Forty years ago, when the liberationist movements were young, the cast of mind among a multitude of activists and theorists working on behalf of women, blacks, and gays was visionary. The struggle for equal rights seemed existential, as though it was calling into philosophical question the very idea of politics. In a sense, we were like babes in the woods in a state of original wonderment. How had these hierarchies of power and powerlessness come about? we asked ourselves, as though this question had never been asked before. Why do the laws and customs of society invariably benefit this group and disenfranchise that one? What underlying purpose do these decisions serve? What is actually going on here? Because these questions filled the air many of us breathed, the conviction that ours was a revolutionary time carried genuine weight. We assumed that should they now be answered honestly and thoughtfully, we’d be bringing about a new social order.

For Elizabeth Cady Stanton, suffrage for women meant gaining a necessary support on that trip through life that everyone travels alone.

One of the institutions that feminists certainly thought could be altered radically was marriage. For women and men alike, the tie that legally binds had often proved equally problematic, but for women it had been historically oppressive. For centuries, once married they had ceased to exist in the eyes of the law. And in our time, the situation was not all that much better; the law still allowed married men many rights and privileges denied women.

When the universal suffrage movement was in full swing some 160 years ago, many in that movement also thought they were making a revolution; and the question of marriage nagged at them too. Among the major players was the great suffragist Elizabeth Cady Stanton, whose philosophical mind had moved swiftly to encompass a variety of issues related to suffrage—education, divorce, organized religion—and as each had taken hold of her, her attention had turned ever more inward, until women’s rights had become an instrument of illumination that made her understand something profound about the human condition.

Stanton had always known that while the bonds of human connection were fragile, subject to time, circumstance, and the mystery of slowly altering sympathies, to find oneself alone, an isolate without steady or permanent attachment, was to lay oneself open to the one thing people were pathologically ashamed of being charged with: abnormality. People married, she knew, mainly out of a dread of remaining alone; not simply because of loneliness itself but because of the social stigma that went with it. Yet, as she had gotten older, Stanton had come to realize that connection was an ideal: Loneliness was the norm. Once she understood this, it became her mission to make women see that within themselves they must become strong enough to bear what she came to call “the solitude of self.” In 1892, in her last public speech as president of the National American Woman Suffrage Association, she urged, “No matter how much women prefer to lean, to be protected and supported, nor how much men desire to have them do so, they must make the voyage of life alone…. It matters not whether the solitary voyager is man or woman; nature, having endowed them equally, leaves them to their own skill and judgment in the hour of danger, and, if not equal to the occasion, alike they perish.” For Stanton, suffrage for women meant gaining a necessary support on that trip through life that everyone travels alone. When it was our turn to make Second Wave feminism count in the ongoing history of self-definition, many of us were prepared to take up where she had left off.

Speaking for myself, it wasn’t marriage as such that I came to object to; it was the built-in inequality to which the words “husband” (he who exercises agency) and “wife” (she who facilitates him) have ever spoken; in many marriage ceremonies, those being joined together were openly called “man and wife.” For me, those words carried a freight of unhappy history. I wanted to see a moratorium called on marriage. No more husbands and wives for the next 100 years! After that, we’ll take the matter up for further consideration. Right now, let’s make a world in which people come together without the promise or punishment of the state. Let our domestic attachments—whether that of parents, children, friends, or lovers—be recognized, in law and in social custom, in whatever form best suits. A utopian proposition perhaps, but one that, in the 1970s and ’80s, struck an answering chord in thousands upon thousands of people for whom the liberationist movements had opened a door into a space filled with heretofore unimagined possibility, including that of living alone.

I wanted to see a moratorium called on marriage. No more husbands and wives for the next 100 years!

Our time has proved it easier than ever before in history to make the experiment, and many thousands have taken the leap, only to discover that loneliness, once demystified, is not only not fatal, it can be a source of revelation. If you determined on not drowning in it—that is, if you swam steadily against the current—you discovered a power of survival you’d never have thought part of your psychic apparatus. You learned that solitariness is neither disfiguring nor life-destroying. Certainly it is preferable to the internal exile one suffers in an unsuitable marriage.

The gay movement—even more genuinely liberationist than my own—held out the promise, certainly in relation to marriage, of a true challenge to the social order as it is. It was the hope of many of us—gays and straights alike—in the giddy-making ’70s and ’80s, that gays would fight to have extended to homosexual men and women the rights and benefits that all other citizens were receiving through marriage—without having to marry. That, many of us felt, would constitute real progress, real movement toward a changed social order. And again, I, for one, gloried in the thought that such progress would make a real dent in the conventional desire that two shall be as one, and help dissolve the problematic category of “husband” and “wife.”

As it turned out, what was wanted, more than anything else, was inclusion in the institutions of the world not as it might be but as it is, in the here and now, on the ground and in the courts. In short: equality. Not freedom, not justice—equality.

In a remarkable passage in Democracy in America (1835), Alexis de Tocqueville observed that for the past four centuries equality was what men and women the world over had been striving for. What people “love with an eternal love,” he insisted, is equality. The hunger for freedom, he went on, is an impulse and an effort that flares up and dies down, but to live without equality, once one is conscious that one is living without it, is a condition to which none can resign themselves; and very often a people demonstrates that it would “rather perish than lose it.”

The drive for equality over these past 40 years has accomplished the liberal reform of extant institutions like marriage and the military, rather than the radical change in character that ’70s visionaries had hoped to achieve. Most liberationists—gays, blacks, women alike—have wanted to be like everyone else, rather than have everyone else meet them halfway on the road to revolutionary change. And who is to say them nay? Certainly not I. But it pains me to have to realize that the struggle around equal rights that occupied so much of the last half of the 20th century did not, after all, foster the courage necessary to face down the most weakening of our fears. And when Justice Kennedy referred to marriage as a desirable amelioration of loneliness, he helped cement those fears into position for all time. As does every gay person who is now blissing out on calling his or her partner “husband” or “wife.”