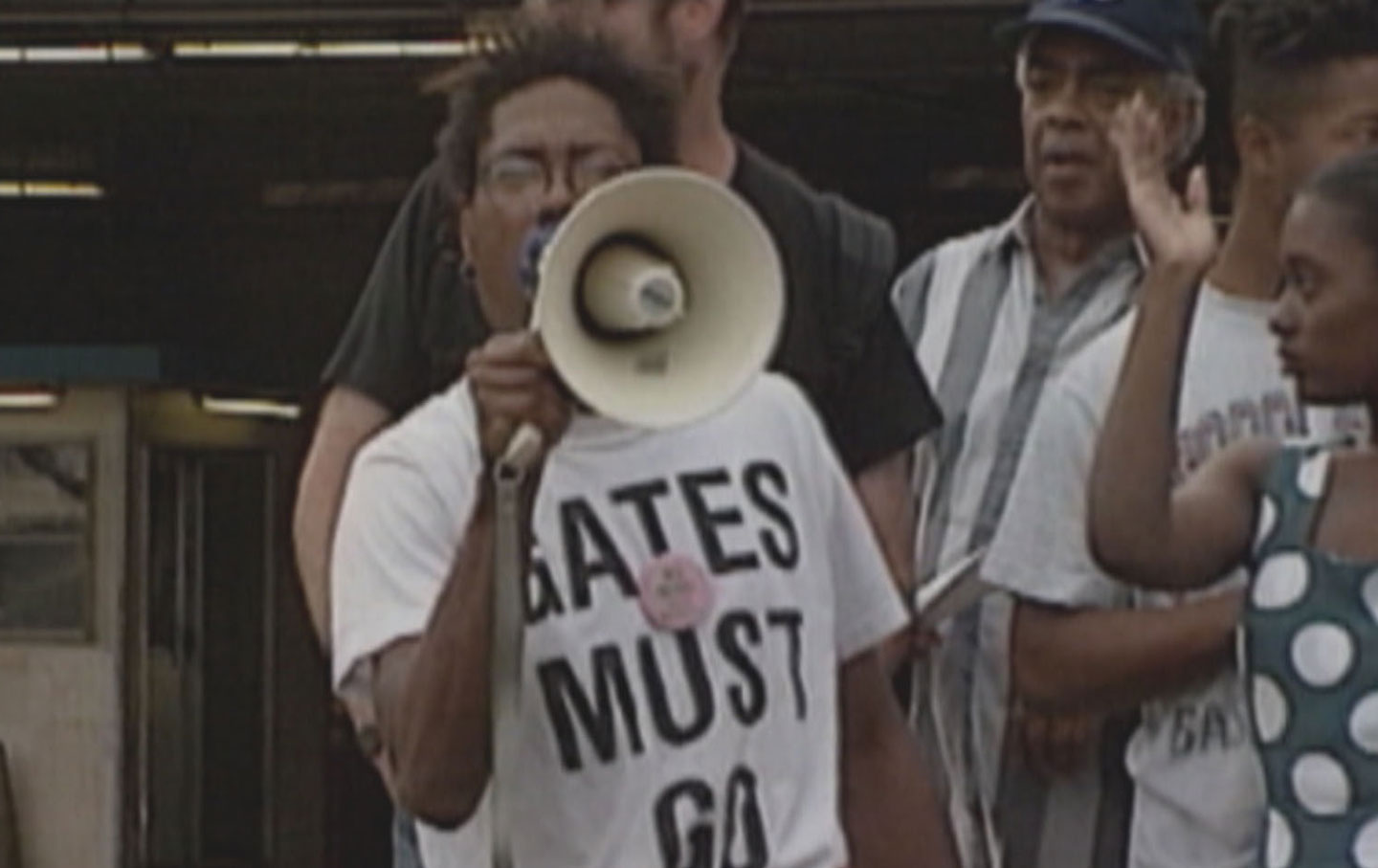 During the spare hours when he wasn’t writing and producing Guerrilla and American Crime for television, working on a yet-to-be-titled Marvel superheroes project, or crafting the screenplay for 12 Years a Slave, the furiously industrious John Ridley somehow made time to direct Let It Fall, a lengthy documentary about 10 years of mounting African-American outrage in Los Angeles, 1982 to 1992, and its culmination in the Rodney King riots.1

Despite Ridley’s ambition, he is not the first to have worked this territory. Ezra Edelman expanded O.J.: Made in America to epic proportions, and won an Oscar, by situating the trials of O.J. Simpson within an ample narrative about the ingrained white supremacy of the Los Angeles Police Department in that same period and everything that flowed from it, from smashed houses to broken families to trails of corpses on the streets. If you saw O.J.: Made in America last year, some of the dreadful events it revisited will still be fresh in your mind, so that you recognize even the archival footage when you re-encounter it in Ridley’s film.2

But for all the sociological sweep that Edelman brought to the subject, he was essentially making a true-crime picture, with one person in the foreground and a murder trial at its climax. Ridley’s game is different. He wants to understand this decade through the experiences of more than a dozen people who were intimately caught up in these events, and (just as important) to understand the people themselves. He pieces his narrative together from the accounts of retired police officers of varying rank, African-American residents of the South Central neighborhood, a family of shopkeepers from Koreatown, a Japanese-American family from suburban Alhambra. In drawing these people out, he has fully respected Jean Renoir’s insight in Rules of the Game: “What’s terrible is that everyone has his reasons.” As for the climax of his story, it isn’t anything so ritualized and contained as a jury verdict. It’s a fire, which rages across Los Angeles for days.3

You know, from the start, that the fire is coming, and you may even recall some of the fatalities that led to it. First a 20-year-old black man, James Mincey Jr., died at the hands of white cops, who applied a chokehold to him after a routine traffic stop. (The woman who was his girlfriend at the time tells the story.) Then a young suburban woman, Karen Toshima, was caught in the crossfire of gangs that had spilled out of South Central and into Westwood (her brother Kevin tells the story): a death that alarmed LA’s more privileged citizens and brought the full paramilitary force of the LAPD to bear on black neighborhoods in Operation Hammer. A 15-year-old African-American girl, Latasha Harlins, died when a Korean-American shopkeeper, Soon Ja Du, abruptly decided to shoot her in the head, a crime that was clearly recorded by a surveillance camera, and for which Du received a sentence of five years’ probation without jail time. (The story is told by a woman who was in the shop, waiting while her little brother played Pac-Man.) Then came the verdict in the case of Rodney King, an unarmed man bludgeoned into a pulp by police officers wielding metal batons (because, to their disgust, they were no longer allowed to use chokeholds). Although this incident, too, was recorded on videotape, the trial ended with no punishment whatsoever being meted out to the perpetrators. (The accused cops declined to be interviewed for the film, but Ridley gets the story from another policeman who was present, and who testifies, without shame or irony, that “What I witnessed at the scene was 100 percent LAPD policy.”) After that, Los Angeles exploded, and still another victim became famous: Reginald Denny, a white truck driver who was dragged from his vehicle by black rioters and stomped nearly to death.4

When Big Names Are Everywhere

We’ve Gotta Have It

As the movie unfolds, you know very well that the looting and burning are on the way, and also the stomping; and yet Ridley manages to build suspense by introducing his witnesses gradually, without always tipping you off about who they are and what part of the history they saw. You often have to guess at why you’re listening to someone, and what might lie behind his or her words. In one key instance, you don’t even get to see the speaker, though his testimony frames the narrative from the beginning. Only at the conclusion of Let It Fall do you understand the roles of half a dozen of the people on-screen or see their emotions at full force, as teased out by Ridley during the interviews. It turns out that some attacked Reginald Denny, one videotaped the beating, and one left the safety of his home to try to bring Denny to a hospital, guided (as he tells it) by the voice of God.5

The name of that rescuer is Bobby Green. There are other surprising heroes in Let It Fall, as well as characters who confess with pain to their failings, and people who suffered devastating loss and yet speak with forgiveness and understanding. There are also villains—but not many of them. The truly awful, such as former police chief Daryl Gates, appear only in smirking, self-justifying archival footage. The interview subjects who come close to being villains—people who to this day are bitter and enraged, and have blood on their hands—turn out to have their reasons, just like everyone. Gary Williams, who was charged with beating and robbing Denny, assures Ridley that he can have compassion for anybody. But on April 29, 1992, he says firmly, “The compassion line was closed.”6

Let It Fall is a single comprehensive history of how Los Angeles tore itself apart from 1982 to 1992, and also of a dozen or more personal tragedies. It’s like looking into the heart of all those single flames that made the conflagration.7