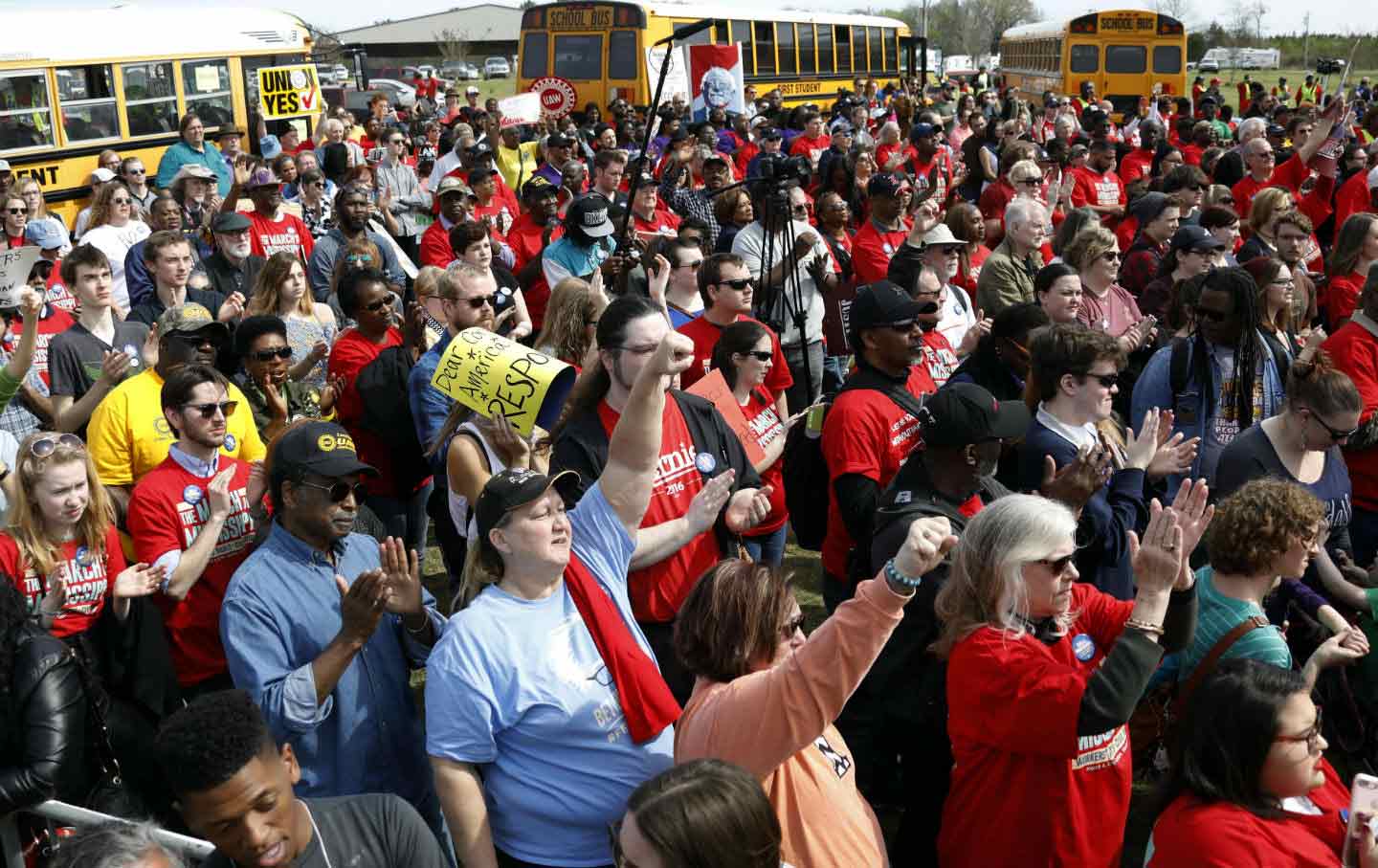 Donald Trump and his appointees maintained a dizzying level of chaos as the first month of Trump’s presidency gave way to a second, in which old offenses were repeated (another Muslim travel ban, a doubling-down on anti-immigrant measures) and new crises unfolded (Attorney General  Jeff Sessions getting caught lying to the Senate, a delusional president claiming that his predecessor had personally ordered wiretaps at Trump Tower). But it’s too easy to simply maintain a Trump Watch. Resistance to Trump must balance the monitoring of his reckless acts with the work of challenging the savage policies put forward by both his administration and the Republican-controlled Congress while forging alternatives to Trumpism.

Outrage, of course, is inevitable—and important. It mattered that the news that Sessions had falsely denied meeting with a Russian official in his Senate testimony was met with widespread public calls for recusal and resignation. Sessions did recuse himself from investigations into the Trump team’s ties with Russia, but that didn’t address the fact that he lied under oath to senators about his meetings—an offense for which he should resign—or that he continues to abuse the Justice Department’s mission by supporting an administration move to rescind protections for transgender students and withdrawing support for a Texas voting-rights suit.

It also mattered that, after Trump accused Obama of ordering the wiretap on him, FBI Director James Comey asked Justice Department officials to publicly reject the claim. The president cannot be allowed to use his bully pulpit to promote groundless conspiracy theories, and it is the constitutional duty of Congress to investigate and censure a dishonest and dangerous executive branch.

But it is also the duty of congressional Democrats to use their own bully pulpits and committee powers to fight the extremist policies of an administration that White House strategist Steve Bannon says is bent on the “deconstruction of the administrative state.” The White House assault on federal regulations is so extreme that a recent New York Times article was headlined “Leashes Come Off Wall Street, Gun Sellers, Polluters and More.”

Democrats must push back against the old lies that say eliminating life-saving regulations “cuts red tape” and that abandoning oversight constitutes efficiency rather than a sellout to corporations. The ranking Democrat on the Senate Banking Committee, Sherrod Brown, knows this: He has ripped GOP attempts to roll back bank rules and consumer protections as a betrayal of “candidate Trump’s campaign promises to hold Wall Street accountable and help working Americans.” And Brown’s blueprint for countering the austerity agenda of House Republicans puts the blame for economic insecurity where it belongs: on the fact that wages have not kept pace with productivity since the 1970s. “Put simply, the value of work is declining for workers,” Brown argues in “Working Too Hard for Too Little,” a manifesto that shows Democrats how to counter Trump by becoming the unequivocal party of higher wages, improved benefits, and labor rights.

Like Brown, Senator Bernie Sanders understands the importance of getting outside the Beltway and connecting directly to people’s lives and needs. On March 4, he joined thousands of workers and civil-rights activists in Canton, Mississippi, who want to unionize the local Nissan auto plant. Sanders offered a battle cry for our times: “If you can stand up to a powerful multinational corporation in Mississippi, workers all over this country will say, ‘We can do it, too.’” The Vermont senator is always ready to hold Trump to account. But, like Brown, he recognizes that fighting the corporations served by this president’s deregulation and deconstruction agenda is the way not just to oppose Trump, but also to give working Americans “a tremendous bolt of confidence” that, even in dark times, they can prevail—and that they have allies in Washington.