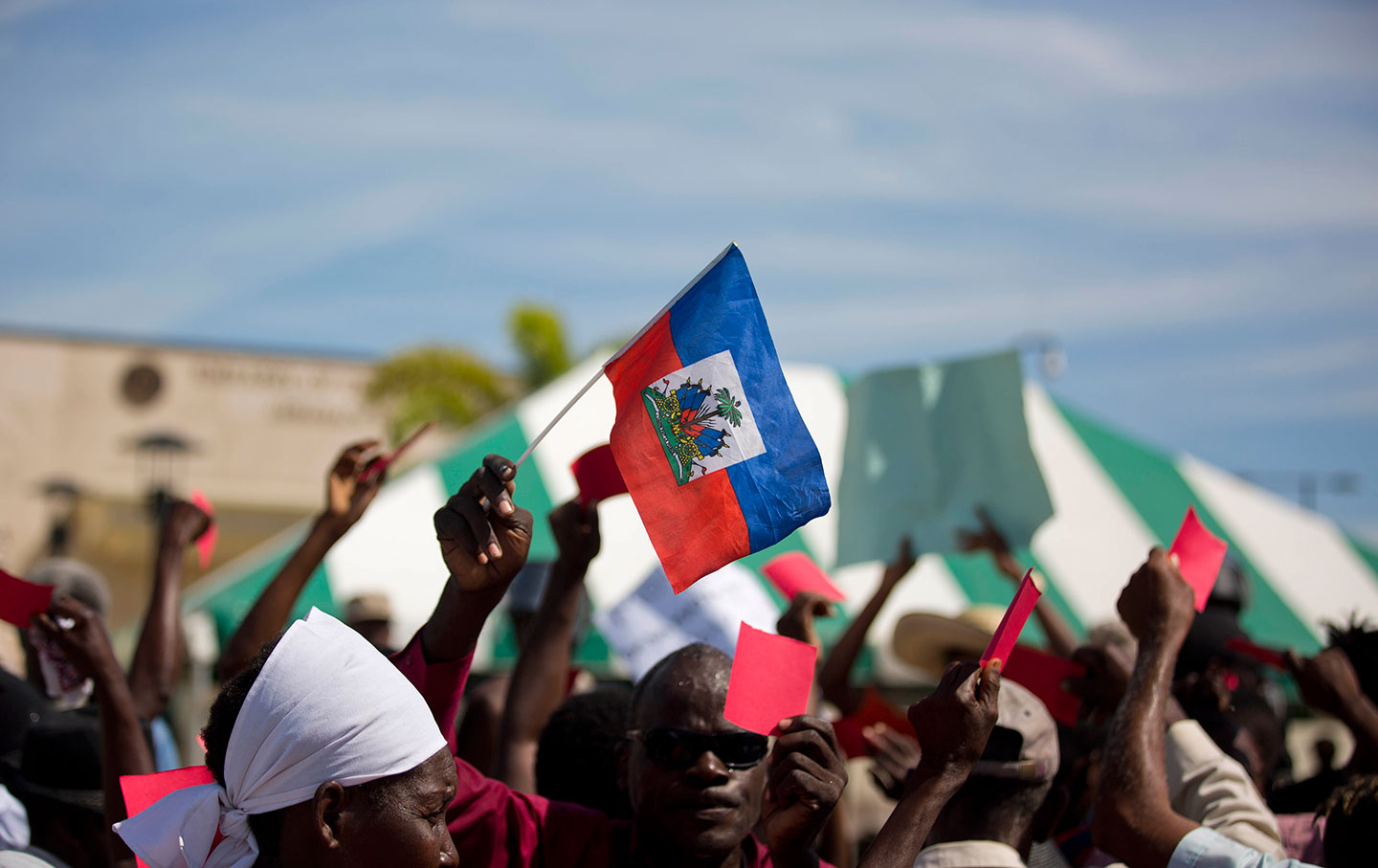 A Haitian holds a national flag outside the US embassy in Port-au-Prince on January 18, 2018, to protest President Donald Trump’s comments. ( AP Photo / Dieu Nalio Chery)

When Greek Prime Minister Georgios Papandreou visited Washington in 1964, he made no secret to President Lyndon Johnson of his displeasure with the US-backed proposal to partition Cyprus. The Greek ambassador later told Johnson that “no Greek government could accept such a plan.” The American president replied: “Fuck your parliament and your constitution. America is an elephant, Cyprus is a flea. Greece is a flea. If these two fellows continue itching the elephant, they may just get whacked by the elephant’s trunk, whacked good…. If your prime minister gives me talk about democracy, parliament, and constitution, he, his parliament, and his constitution may not last very long.”

America has a consistent history of treating smaller, weaker, poorer nations with contempt. The litany of sponsored coups, assassinations (attempted and achieved), and guerrilla-backed incursions, not to mention threats, is too long to go into here.

But it’s in keeping with US policy conventions that seven months after the State Department described Congolese liberation leader Patrice Lumumba as an “irrational, almost psychotic personality…whom it was impossible to deal with,” he was assassinated. Or that during a right-wing coup to oust Venezuelan President Hugo Chávez in 2002, the US government at first reserved judgment in public, then—after the putsch attempt failed—blamed not the plotters but Chávez. “I hope that [he] takes the message that his people sent him that his own policies are not working for the Venezuelan people,” said then–National Security Adviser Condoleezza Rice. “He needs to respect constitutional processes.”

So when President Donald Trump asked, in reference to immigrants from Haiti, El Salvador, and the nations of Africa, “Why are we having all these people from shithole countries come here?,” his sentiments should be understood as firmly in the tradition of official US immigration and foreign policy, not as an aberration. As such, liberal indignation has to engage with two important and challenging issues when it comes to Trump’s bigotry, be it leaked, tweeted, or officially proclaimed. First, it is not unique to him but has been a structural feature of the polity for some time, even when individual leaders may not have embraced it. Second, this would not be possible without broad consent from a considerable section of American society. Liberals and progressives need to come to terms with the fact that not only was it possible for such an openly racist candidate to get elected, but that this could never have happened if the country weren’t more racist than they had previously believed.

America isn’t alone in this dilemma. A diary, by the former head of the UK diplomatic service published in January, revealed that former British premier Margaret Thatcher believed South Africa should be a whites-only state. It also quotes former UK foreign secretary Douglas Hurd observing that under Thatcher, “Cabinet now consists of three items: Parliamentary Affairs, Home Affairs, and xenophobia.” In 1959, the French president, Charles de Gaulle, said of Muslims: “Let’s not kid ourselves!… Have you seen them with their turbans and their djellabas? You can see that they are not French!” De Gaulle also complained that if France achieved integration, “my village would no longer be called Colombey-les-Deux-Églises [Colombey of the Two Churches], but Colombey-les-Deux-Mosquées.” Brexit didn’t come from nowhere; neither did the National Front. 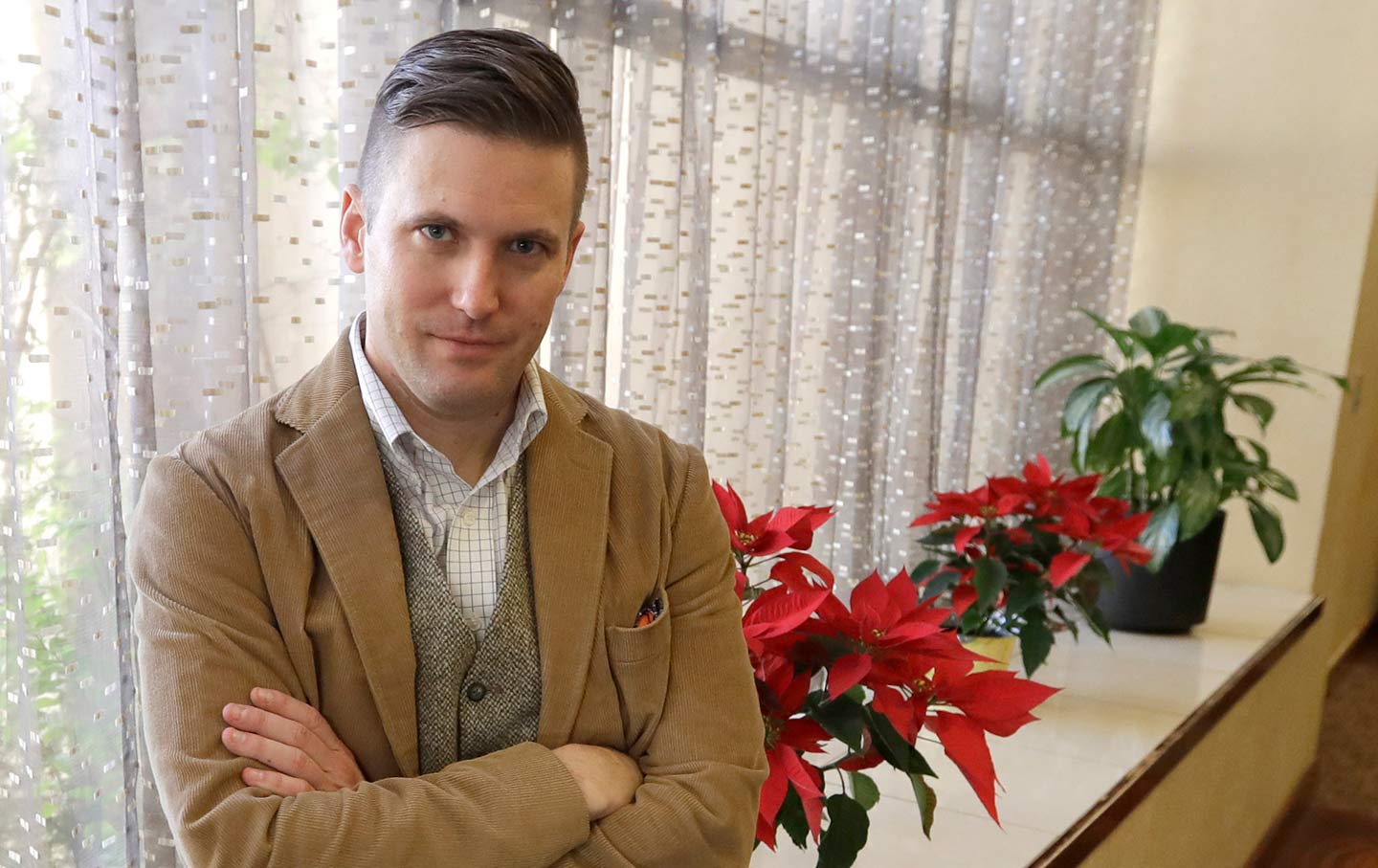 How to Interview a Nazi

This is how powerful nations have long looked at the rest of the world: down their noses, from a great height, with considerable and, when necessary, violent contempt. America, like most of the West, has not only referred to but treated much of Africa, the Caribbean, and the other nonwhite portions of the planet as shitholes.

What is new about Trump is that, in the post-colonial, post-civil-rights era, Western leaders were increasingly compelled to think like this and act on it without ever saying it. At home, they would hide behind law and order, welfare reform, the War on Drugs, or school vouchers without ever mentioning race. Abroad, as we saw with the last invasion of Iraq, they claimed that the subjugation and humiliation of poorer, darker nations was motivated by the pursuit of a greater good: making the world safe for democracy and spreading Enlightenment values. As President Richard Nixon’s chief of staff H.R. Haldeman wrote in his journal, Nixon “emphasized that you have to face the fact that the whole problem is really the blacks. The key is to devise a system that recognizes this while not appearing to.”

The fact that Trump has done away with appearances matters. His brazen outbursts embolden that section of white America that has not yet come to terms with either the relatively new reality of a nonracial democracy (it has barely been 50 years) or the relatively immediate prospect of no longer being a racial majority (it will happen in the next 30) to deny the past, contort the present, and resist the future. This is a shift in etiquette with serious consequences. This is where Charlottesville came from. It explains the sharp increase in the number of hate crimes since 2016, particularly around race and Islamophobia. When the president tells police it’s OK to rough up suspects in a country where black people are already being shot in the streets, bad things will happen.

But a shift in tone should not be mistaken for a shift in policy or practice, lest one start to give Trump far more credit than he is due. He didn’t introduce racism, xenophobia, and imperial disdain into the state any more than Barack Obama, by his presence alone, could get rid of them. What is new about this moment is its appalling clarity. The patina of plausible deniability that shrouded a culture of systemic exclusion has been stripped away with great fanfare. Nobody is pretending anymore.