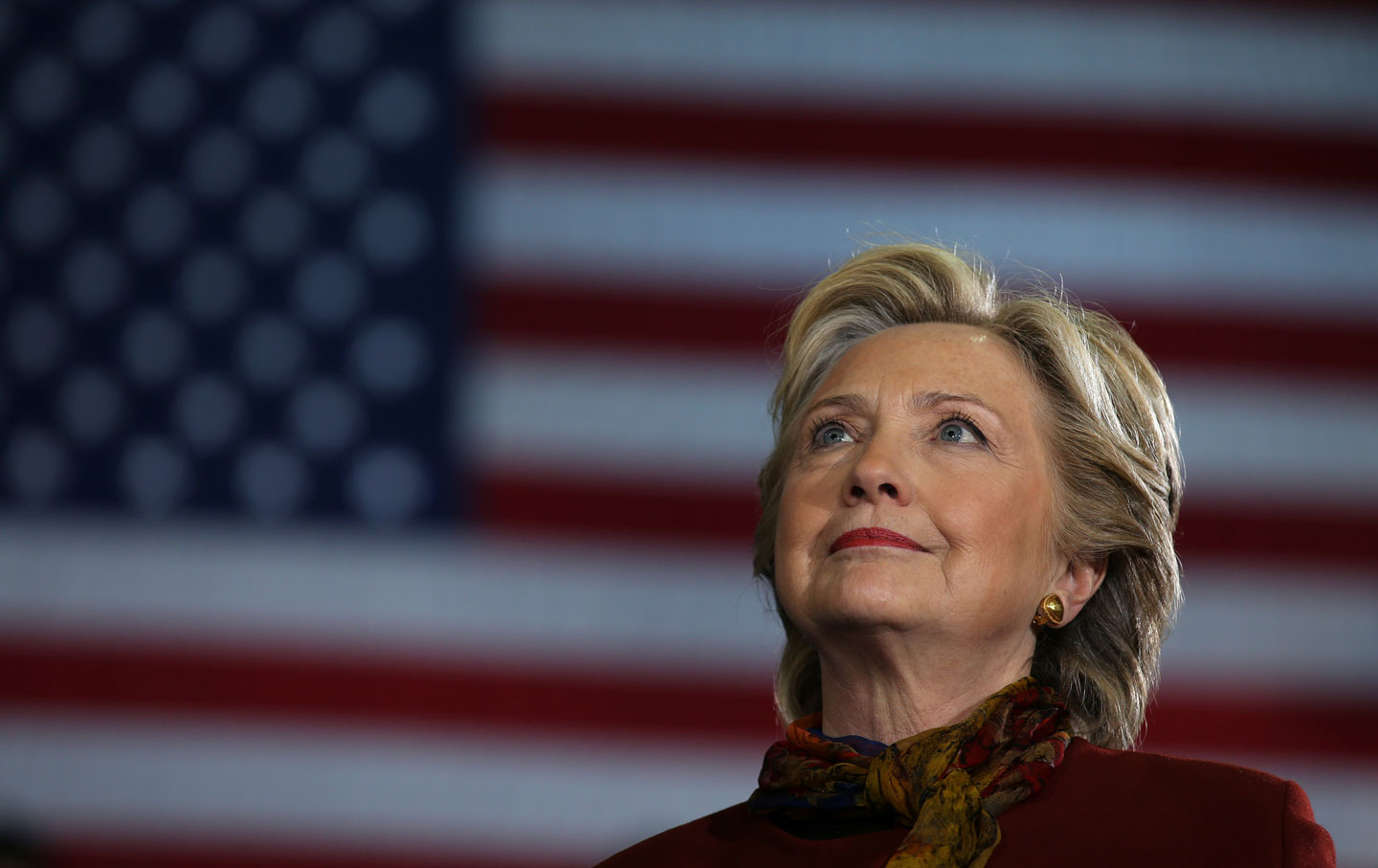 My president declares herself the educator in chief on poverty, and uses the bully pulpit to teach Americans. She tells the stories of struggling people and their experiences, and regularly takes us to communities that are used to being dismissed, demonized, and disempowered.

My president shows Americans that people in poverty are not who we have been led to believe they are—some fixed group that has lost its initiative; that, in fact, more than half of us will experience at least one year of poverty or near poverty during our working years. She recognizes that while generational poverty is important, it is only a small part of poverty; that over a three-year period, only 3.5 percent of people were in poverty for the entire 36 months, while the national poverty rate ranged between 15 and 16 percent.

She teaches that most of us fall into poverty because of universal experiences—like the birth of a child, an unexpected illness, job loss or reduced work hours—which is why we have a safety net that is there for all of us; and though it is much maligned, it is highly effective.

My president explains that without the safety net our poverty rate would be nearly twice as high today—approaching 30 percent. She states clearly that cutting poverty in half is not “losing a War on Poverty”—cutting poverty in half means that we are half way to where we want to be. (She will also suggest that we stop using that tired, dated metaphor.)

My president tackles head-on the foolish notion that the Temporary Assistance for Needy Families (TANF) block grant—our cash assistance program—should serve as a model for our safety net. She acknowledges that whatever the intentions of those who created the program, it has not done what it was supposed to do—unless what it was supposed to do was make assistance nearly impossible to come by, erode any national standard of basic economic decency, and drive people into deeper poverty.

She explains to us that when TANF was created in 1996, for every 100 families with children living in poverty, 68 were able to receive cash assistance; now that number is down to just 23. In 12 states, 10 or fewer families are helped for every 100 in poverty. My president warns us that when we hear talk of block-granting Medicaid, food stamps, or housing assistance, what we are talking about is less health care, less food, less housing, and lower standards for assisting vulnerable people.

Instead of embracing a broken program like TANF, my president embraces the evidence about what works and shares it with the American people. She teaches, for example, that women who had access to food stamps early in life fared better as adults than their peers who didn’t—that they had better health outcomes and increased economic self-sufficiency, including less welfare participation. She notes, too, that boosting a struggling family’s income when children are young is associated with greater education performance and increased earnings when those children reach adulthood.

My president reminds us that we need to use such evidence to keep moving forward in our antipoverty efforts, and to ensure that we don’t turn back to recent and far worse times. She tells us to consider the words of Peter Edelman, who traveled down to Mississippi in 1967 with then-Senator Bobby Kennedy, and said, “We saw children who were tangibly, severely malnourished—bloated bellies, running sores that wouldn’t heal. It was this incredibly awful, powerful experience that’s with me all the time.”

That was what America looked like before we expanded the food-stamp program to take on hunger, she reminds us.

My president uses all of these tactics—visits to struggling communities and people’s own stories, evidence of what works and doesn’t work, and her own courage and determination—to embark on a new antipoverty/pro-opportunity agenda. It’s an agenda that, among other things, includes: a bold jobs program to help rebuild our neighborhoods, schools, and infrastructure; raising the minimum wage so that it can once again lift a family of three out of poverty just as it could in the late 1960s; closing the gender pay gap, which would cut poverty in half for working women and their families; paid leave and affordable childcare, so that people can work and take care of their families and don’t have to choose between them; immigration reform, so that our most vulnerable workers aren’t exploited; and a commission to explore reparations for African Americans and educate the public about this issue.

My president constantly engages with the grassroots and the nascent antipoverty movement to build support for action—just as occurred with the passage of the New Deal, the Civil Rights Act, and, more recently, the Affordable Care Act.

For too long we have been listening to lies, not recognizing our progress, and failing to fight together for what we know will work to ensure that everyone has a shot at the American Dream.

My president puts an end to that madness and begins a new day.