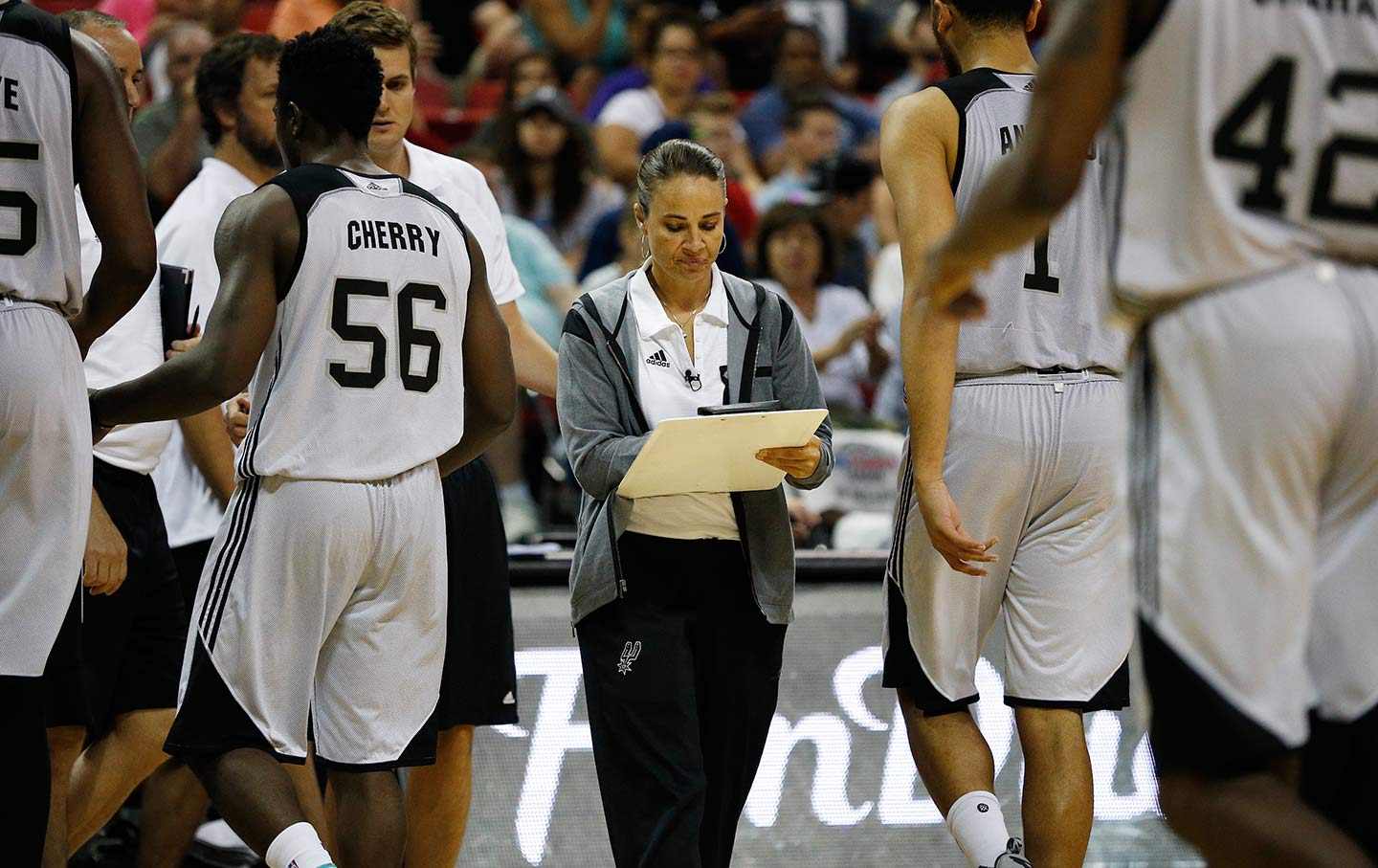 San Antonio Spurs assistant coach Becky Hammon has an opportunity to become the first woman to coach an NBA team, having been tapped by the talented albeit underachieving Milwaukee Bucks for an interview to fill their vacant head-coaching position. Hammon is the only woman employed as an assistant coach in the NBA, and could become the first woman to be a head coach in a men’s professional league in the United States.

Naturally, the idea of Hammon blazing this particular trail has provoked all manner of “takes” on her ability as well as musings about whether an NBA team would respond positively or negatively to a woman coach. The most pertinent article worth reading is by someone who knows her work best: Spurs forward Pau Gasol. In The Players’ Tribune, Gasol aims to “knock down a few of the silly arguments and talking points against Coach Hammon’s candidacy—and the larger idea of a female NBA head coach—that I’ve seen floating around.”

The talking points against Hammon’s candidacy are indeed silly, not to mention stupid and insulting. The worst, at least based upon what I’ve surveyed, is by Gary D’Amato in the Milwaukee Journal Sentinel. He argues that if Hammon failed—like every Bucks coach has failed in the 47 years since their last championship—then “the Bucks would come under fire for allowing a ‘social experiment’ to derail their title aspirations.” Only under Hammon’s stewardship would coaching be a “social experiment,” while the team’s previous coaches are just run-of-the-mill failures.

Instead of repeating what Gasol did so well, knocking down argument after argument against Hammon’s candidacy as if they were open jump shots in an empty gym, I want to give the positive argument for her candidacy. Becky Hammon’s résumé is sterling. She has been an assistant coach on the storied bench of San Antonio Spurs coach Gregg Popovich since 2014. If you know Gregg Popovich, then you also know that he doesn’t do “social experiments.” He trains future NBA coaches like former assistants Brett Brown, Mike Budenholzer, and now the new coach of the Charlotte Hornets, James Borrego.

In 2015, Coach Pop tapped Hammon to coach the Spurs Summer League team, and she led them to the Las Vegas Summer League championship. In college, she was a three-time All-American at Colorado State, and then, after an All-Star-laden pro career, she was named in 2011 as one of the top 15 players in WNBA history.

I was able to visit Spurs training camp in 2015 with 1968 Olympian John Carlos to speak to the team. As part of the trip, we had the opportunity to watch the coaching staff in action and I was able to see Hammon ply her trade. Even to an untrained eye, it was obvious that she was born to coach: She was hyperfocused and attentive to detail, and most importantly, she had the players sharply responsive to her every instruction. I saw her direct future Hall of Fame point guard Tony Parker on how to make a cut off of a pick more sharply. He listened, nodded his head, and shifted his play, to greater effect. It was obvious that there already was a rapport, a respect, and an understanding that Parker was hearing from somebody who knew her business. Gasol, in his Players’ Tribune article, tells a similar story, writing:

This year, in a practice a few months back, I was drilling the pick-and-roll with Dejounte Murray. It was a standard drill… and Becky noticed a small detail out of the corner of her eye—and then instantly located both the problem and the solution. And not only that, but we were also able to communicate with each other in such a way that we got the result that we needed. It’s a good reminder, I’d say, of the importance of communication between team members—especially at the NBA level. I don’t think I caught another stray pass the rest of the season.

I am convinced that Becky Hammon would be a top-tier NBA coach. People have always derided sports trailblazers as “social experiments.” Some, like Jackie Robinson, get a chance to show that their place is in the game. Others, like Michael Sam, are denied that opportunity. Becky Hammon has the résumé and the acumen to kick all kinds of ass. Here’s hoping she gets the chance.