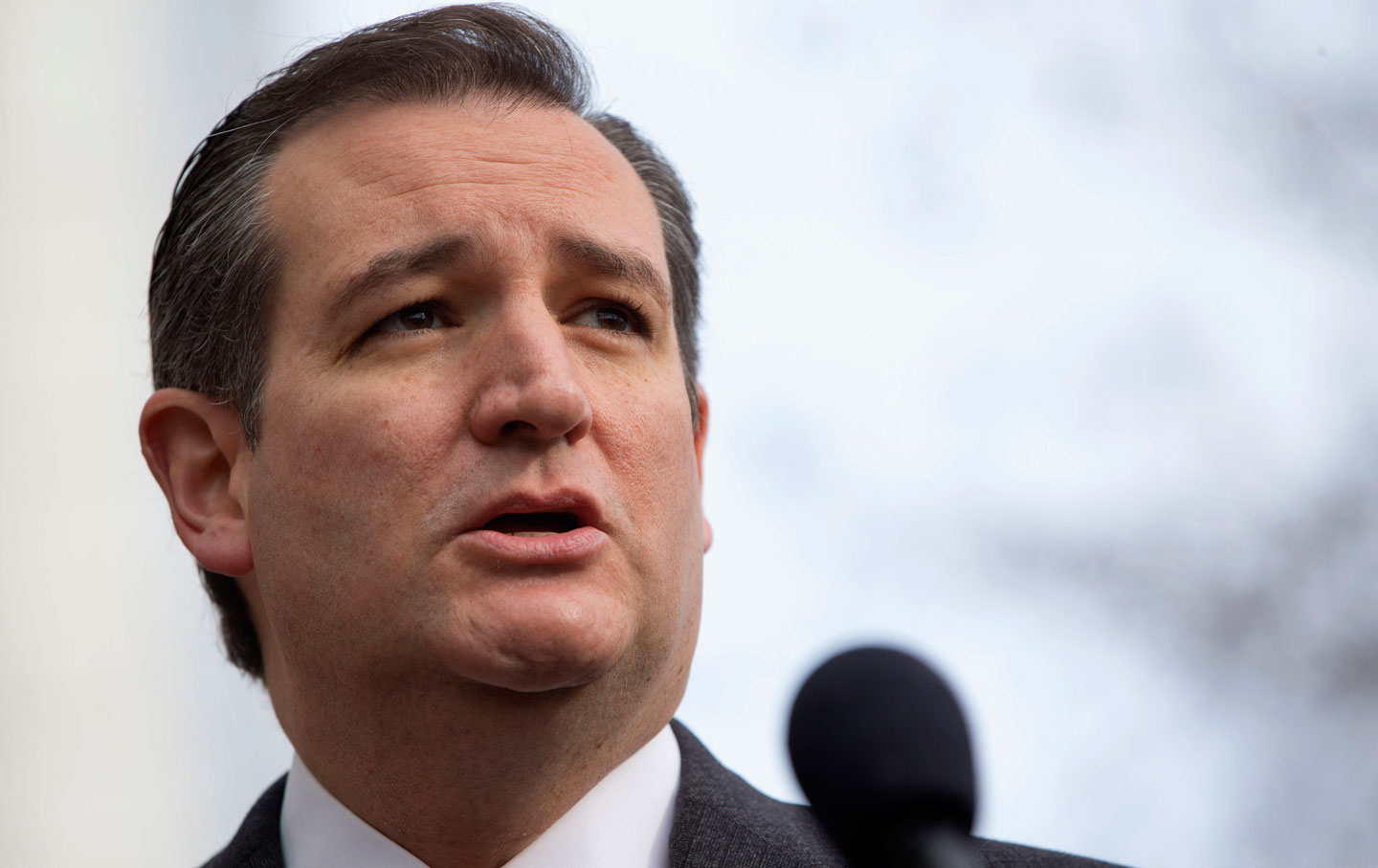 Republican presidential candidate Ted Cruz speaks to the media about events in Brussels on March 22, 2016, near the Capitol in Washington. (AP Photo / Jacquelyn Martin)

Within hours of the terror attacks in Brussels, Senator Ted Cruz sent out a press release that declared, “The days of the United States voluntarily surrendering to the enemy to show how progressive and enlightened we are at an end.”

The Texas senator and presidential candidate called for more security on the southern border and said the United States needs to “halt the flow of refugees from countries with a significant al Qaida or ISIS presence.” He also advanced a radical idea: “We need to empower law enforcement to patrol and secure Muslim neighborhoods before they become radicalized.”

Cruz’s campaign did not reply to immediate requests for clarification, but this proposal raises several questions: What powers would Cruz grant law enforcement that it doesn’t already have? How does one identify what is, and is not, a Muslim neighborhood? What does it mean to “secure” the area? Would non-Muslims in that area also be subject to law enforcement surveillance and unspecified “securing”? How are these law-enforcement actions constitutionally permissible “before” there is any radicalization present?

Cruz has argued several cases before the Supreme Court and is frequently hailed as a “full-spectrum Constitutional conservative” on the campaign trail. At the rallies I attended in Iowa and New Hampshire, Cruz often spoke of “religious liberty” in the context of perceived attacks by the Obama administration on Christian groups in the United States, as well as on active-duty soldiers, who Cruz claimed were forbidden from praying. (They are not.)

While the details of this proposal are still unclear—I will update if the campaign responds—they rang alarm bells among constitutional experts. “Profiling people based on their religion or race is blatantly unconstitutional and violates the guarantee of religious protection and religious freedom,” said Hina Shamsi, director of the ACLU’s national-security project, in a phone interview.

“One way to look at it is to replace the word ‘Muslim’ with ‘Jewish,’ ‘Christian,’ ‘African American,’ or ‘Latino.’ What’s wrong in one context is wrong in others,” Shamsi added.

This new position is somewhat of a shift for Cruz: after the attacks in San Bernardino, he explicitly rejected Republican calls for more surveillance by the National Security Agency. “Hoarding tens of billions of records of ordinary citizens did not stop Fort Hood, it didn’t stop Boston, it didn’t stop Chattanooga, it didn’t stop Garland, and it failed to detect the San Bernardino plotters,” he said at the time.

Cruz later rejected Donald Trump’s proposed “database” of Muslim citizens, and said, “The First Amendment protects religious liberty.” Cruz has advocated for surveilling mosques, but only when there is specific evidence of a threat. “The federal government can go and apprehend us in the church and they can monitor us if we are carrying out criminal conduct,” he said in December interview on SiriusXM. “And the way the Fourth Amendment works, the Bill of Rights work, is you have particularized evidence of criminal conduct and you target the terrorist and not the law-abiding citizens.”

Now Cruz appears to have made a dramatic shift. Polls have consistently shown that Republican primary voters strongly support banning Muslims from entering the country, and there’s an increasing belief even among longtime Republicans that Trump is fulfilling the desire of some voters for a “strongman.” As Cruz tries desperately to win votes and deny Trump the clean majority of Republican delegates needed before the party convention, he may have calculated that doubling down on Trump’s ugly, no-holds-barred approach to (ostensibly) combating terrorism will help him.

There were some recent signposts on Cruz’s road to this point when he added several foreign policy advisers with extreme anti-Muslim pasts to his campaign last week. Frank Gaffney, for example, leads an organization that the Southern Policy Law Center has designated a hate group, and has pushed outlandish theories that Obama is a Muslim and that New Jersey Governor Chris Christie may be guilty of “treason” for appointing a Muslim-American judge. (When asked on CNN about Gaffney last week, Cruz said, “I recognize that folks in the media get really nervous when you actually call out radical Islamic terrorism. Frank Gaffney is someone I respect.”)

Another Cruz adviser, Clare Lopez, declared in a recent radio interview that the Muslim Brotherhood has infiltrated the federal government. “Brotherhood affiliates and associates and those connected to it are the go-to advisers, if not appointees, for the top levels of national security in our government, in this administration for sure, but going back many decades, really, is the program of this Brotherhood,” she claimed in remarks flagged by Right Wing Watch. She added that Senator Joseph McCarthy “was spot-on in just about everything he said about the levels of infiltration” in the 1950s, which echoes Gaffney’s belief that the House Un-American Activities Committee should be reinstated.