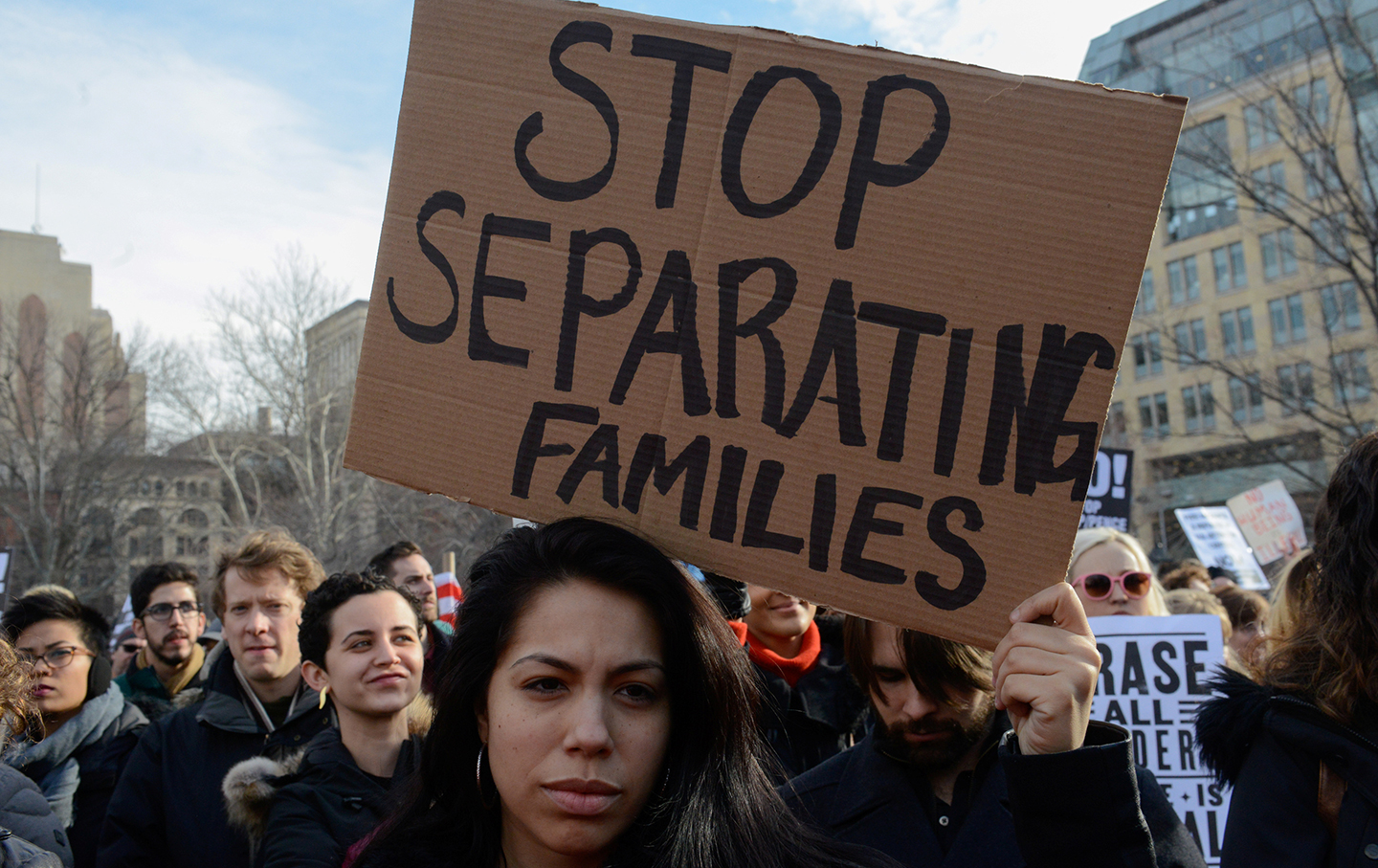 New York schools have historically been seedbeds of political dissent, but under the Trump administration, the classroom atmosphere has been more charged than ever. Kids wonder if Homeland Security will snatch up their parents at home while they’re in school. And teachers might take a little more care to make sure their trans student can use the right bathroom without getting bullied.

“For students who come from mixed-status families, there’s a lot of fear around deportation,” says Jennifer Queenan, a high-school teacher in Brooklyn. A recent Know Your Rights training organized at the school, she recalled, drew about 60 community members, mostly adults. Some perhaps had seen their child’s school as one of the few local institutions where they felt safe.

Although New York is a “sanctuary city”—meaning, authorities refrain from collecting information on immigration status or disclosing people’s status to Immigration and Customs Enforcement (ICE) or other federal agencies—educators are pressing for more decisive protections for the school systems’ hundreds of thousands of immigrant youth, many with refugee and undocumented family members.

Advocates point to other school districts that have adopted stronger bans, including those in Pittsburgh and several California cities, barring ICE agents altogether, without prior government permission. In New York they want the chancellor’s office to determine ICE access rather than the current policy of giving discretion to the principal. (ICE generally avoids intruding on institutions like schools and churches, considered sensitive areas, though under Trump that precedent seems far from secure.)

The coalition wants all schools to assign a trained staffperson to counsel students on risks of detention and deportation. In the long term, they’re pushing to end hard-line policing practices in and around schools that expose youth, especially black and Latino children, to the criminal-justice system, and, if they’re arrested or incarcerated, potential detention by federal immigration authorities.

“I think the word ‘sanctuary’ is often used as a misnomer,” Queenan says. Within a larger context of making entire communities more responsive to immigrants’ needs, she adds, “There are conversations starting now about what a rapid-response network would look like in a school.” Teachers and staff are grappling with the legal and ethical challenges of making school a safe space not just for students but immigrant families in crisis as well.

This past Saturday, activists took to the frigid streets of Manhattan as one of several protests in a statewide “March For Education,” to pressure Governor Andrew Cuomo to defend schools from Trump’s impending assault on civil and educational rights.

Recent public-school graduate Sarah Corwin turned out to protest Education Secretary Betsy DeVos’s administrative directive to rescind the Obama administration’s guidance on transgender youth’s access rights to student facilities. Despite New York’s reputation for liberalism, she said, trans students’ rights are far from secure in schools. Her friend, she said, recently had to petition her high school to force them to change their uniform policy, so trans teens could walk in the right robe at graduation.

Supporting students like Corwin are teachers’ unions and administrators who have rallied in the legal defense of transgender student Gavin Grimm who recently reached the Supreme Court in a civil-rights challenge his Virginia high school’s restrictions on bathroom access (Grimm’s case was sent back to a lower court this weekend). The controversy has also fueled the roiling debate over the “bathroom bill” in North Carolina and other states.

On a more basic level, Corwin says her own education in public K-12 schools and eventually city college, wouldn’t have been possible without free-lunch aid, a federal program educators fear Trump will slash.

“I really want to fight for other students who have a fundamental right to education, which is required by the [New York State] constitution,” she said. With so many youth wrestling with gender identity along with social deprivation, she adds, “if we have to have education, we have to be able to take advantage of our education, by not being hungry and having the resources that we need.”

In the long term, the marchers demanded an end to privatization of school services and universal funding for pre-school and public higher education. (Despite liberal rhetoric, Cuomo has championed a DeVos-like approach to school budget austerity, while supporting the expansion of corporate charter schools and funding for private schools.) The Alliance for Quality Education also demands that Cuomo fully comply with a legal settlement designed to address discriminatory financing of schools serving poor communities of color.

As a coalition of educators and communities, the Alliance believes that while civil rights are vital to ensuring access to education, secure resources above all are needed to provide an inclusive, equitable public education, as enshrined in the state’s constitution.

The social principle of education as a public trust resonates beyond school grounds. The March also demanded reforms to state criminal statutes that enable youth as young as 16 to be tried as adults for certain felonies. And in resistance to standardized testing and rigid math and reading standards, activists seek holistic, multicultural curricula that speaks to students struggling with structural oppression and poverty.

Allie, a young high-school teacher, attended the rally on behalf of her Brooklyn school, which serves as a last resort for “at risk” youth who have gotten caught up with jails and police. There, she says, “the kids who are having the hardest life outside of school and would need more social workers, two teachers in a room, extra help—[they] go to the schools that don’t have the resources to provide that…. They get blamed for not getting through because we’re still under this idea of the American dream where it’s their fault; they just didn’t work hard enough. And they work their asses off.”

But she learns every day from her students’ determination: They brave the unimaginable just to get to class, for a chance to get the equal education they deserve.

“I’ve seen my students over the summer begging for money to eat in the subway…. They’ll take the free lunch that they get and they’ll give it to their kid…. They are so strong. And the fact that they’re still trying to get themselves educated is amazing.”