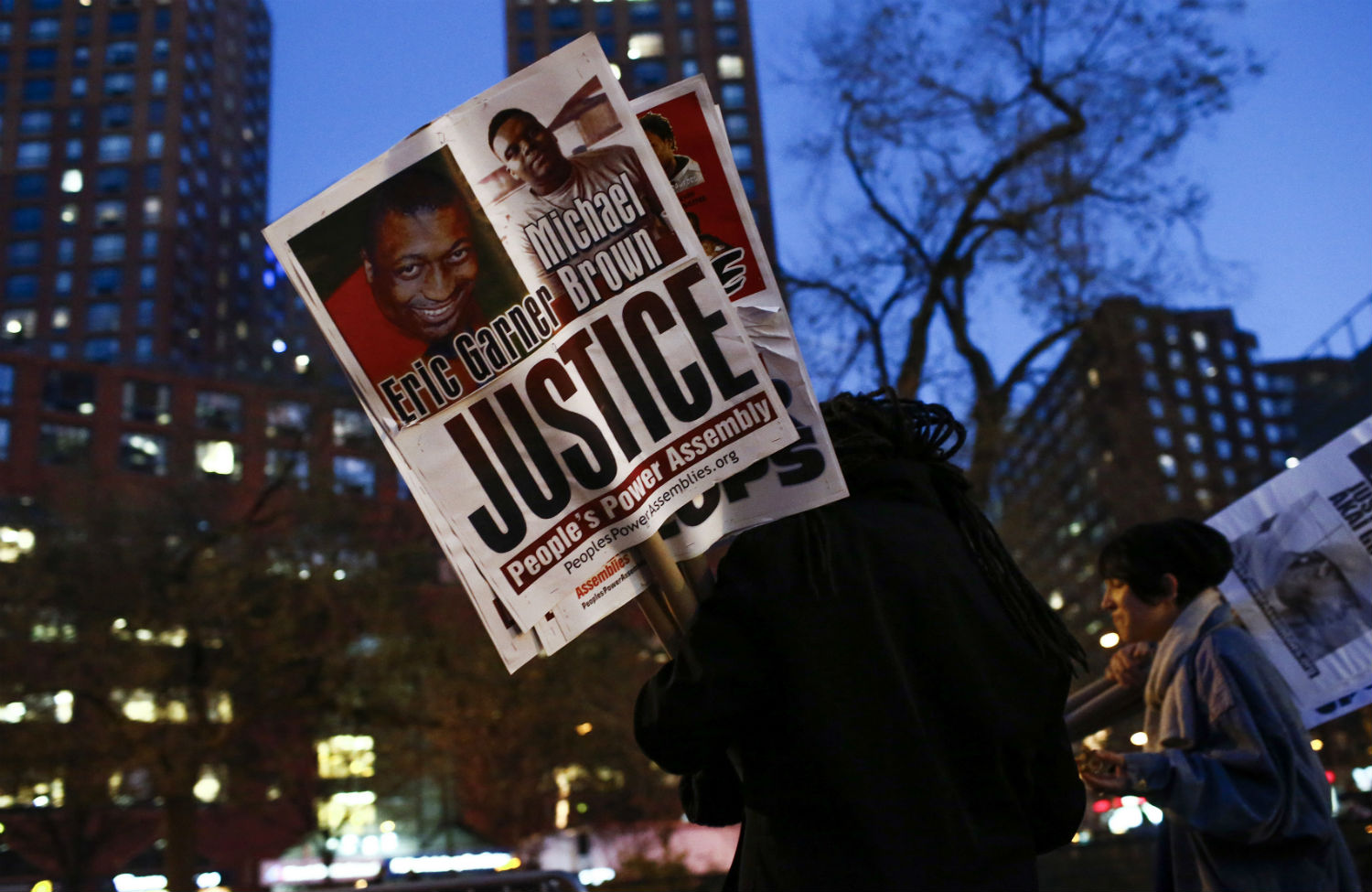 That a grand jury decided not to indict NYPD Officer Daniel Pantaleo for killing 43-year-old Eric Garner the same week that President Obama proposed spending $75 million in federal money to outfit 50,000 police officers across the country with body cameras would seem to be hack Hollywood writing with neatly applied plot points. Garner’s death was caught on video—video that the police were aware was being taken—and it still was not enough to indict anyone, least of all the man responsible for choking Garner to death, for any type of wrongdoing. It’s as if this decision was handed to us at this time in order to get us to say, “Now what?”

So… now what? We can move forward with this notion that police officers wearing body cameras will make them more judicious in their use of force, but it seems pretty clear that they just don’t give a fuck, and the court system is content to allow them to keep on not giving a fuck. And we’ll be right back here when they don’t indict the officer who killed 12-year-old Tamir Rice in Cleveland.

So… now what? Not much, so long as the reverence paid to police officers lends itself to deference. They are not regarded as citizens also beholden to the law. They are an armed force charged with maintenance of a status quo steeped in white supremacy and anti-blackness. Key to the reign is the suspension of a belief in the rule of law. Whatever tools they require for to carry out their actual purpose, the public and the courts are eagerly ready to provide.

We keep applying the language and framework of accountability, diversity and sensitivity to an issue of oppression. We are attempting to fly an airplane with the keys to a motorcycle. Our tools are woefully inadequate, and until we are ready to admit to ourselves that the police are an inherently oppressive force, and then use the language of anti-oppression and anti-racism in our analysis and solutions, it will not end today, as Eric Garner had hoped. The dead bodies of black folks will continue to line our streets and sidewalks, and they will be treated no better than the roadkill with whom they occupy those spaces.

Last night, at an event addressing racial profiling on the campus of Vassar College, a student told their administration that putting body cameras on security guards was like “Band-Aids to a bullet hole.” I was in attendance and was struck by just how literal that phrasing was. We are being choked and shot with impunity, and yet all that is being offered to us in response is a means to relive the experience over and over again. But we already do.