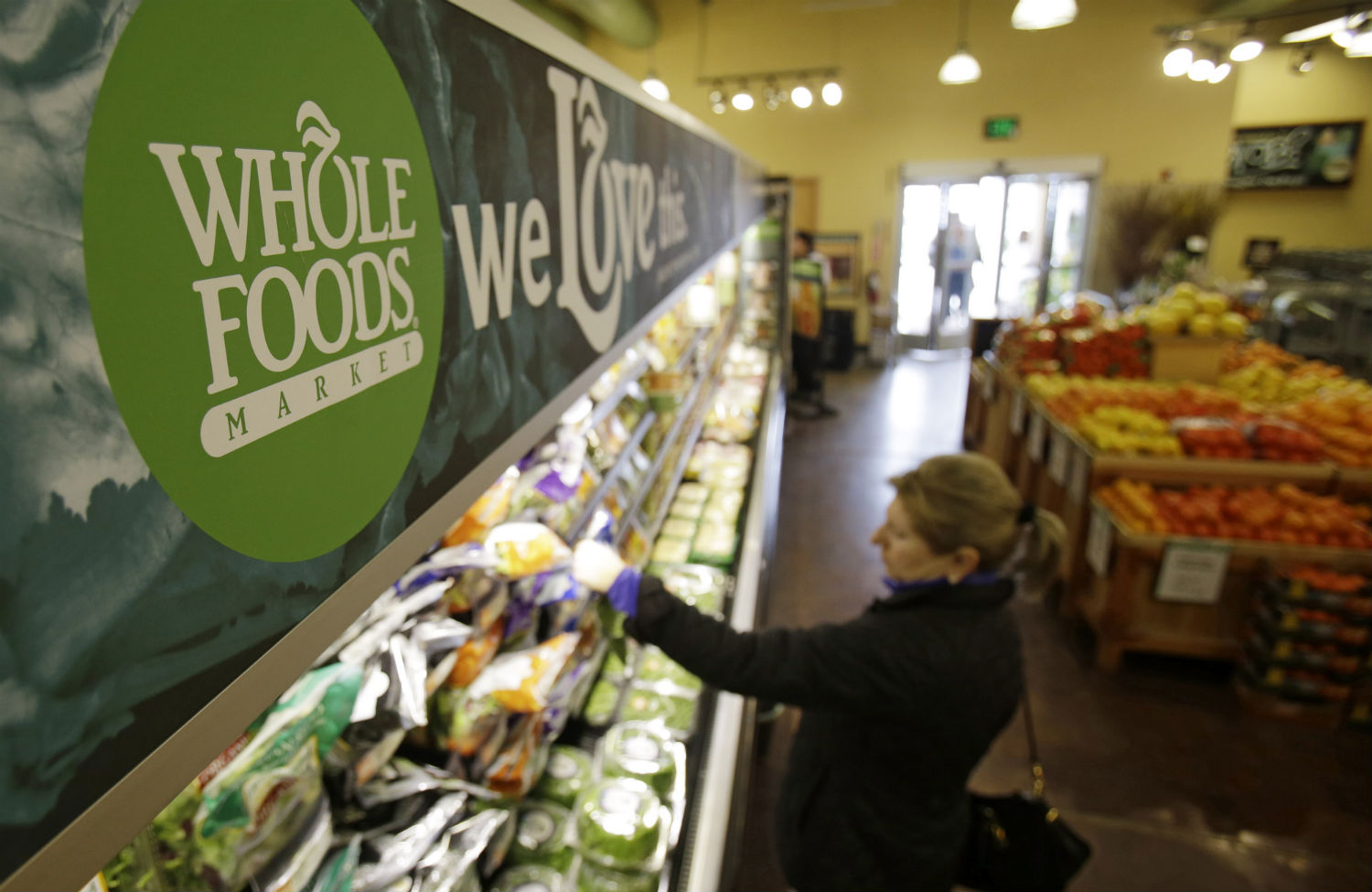 With its dazzling array of exorbitantly priced eco-friendly products, Whole Foods Market fosters a love-hate relationship with customers who’ve gotten hooked on its cornucopia of guilty-liberal indulgences. But the company’s labor relations are even more sour, as workers grow increasingly frustrated that their workplaces aren’t nearly as progressive as the green-branding rhetoric.

Going beyond the usual grumbling about hipster commercialism, some rank-and-file workers are challenging the management to live up to the company’s purported values when it comes to treating its workers fairly.

Last week, dozens of Whole Foods employees in San Francisco partnered with the radical union Industrial Workers of the World (IWW) to protest a labor system that they say degrades workers while catering to wealthy consumers, and contributes to the city’s economic polarization. This Friday, they are taking their grievances to the regional corporate office in Emeryville, California. Their demand is simple: “a $5 an hour wage increase for all employees, and no retaliation for organizing their union.” Their message for Whole Foods—to live up to its brand’s much-hyped enlightened capitalist values—is more complicated.

The campaign kicked off at the South of Market Whole Foods, where workers rallied and presented a petition, signed by about fifty employees, demanding better working conditions. Like other retail workers, they say that their earnings, at $11.25 to $19.25 per hour, lag behind the exploding cost of living (about $30 an hour is needed to afford a regular one-bedroom apartment in the area). Today, they plan to threaten further job actions if the management did not heed their concerns.

Campaigners say that while sustainability is on display on many of the store’s labels, it’s in short supply for employees whose wages cannot provide for their basic needs, even as the company champions green capitalism as a path to prosperity for workers and consumers alike.

“It’s basically impossible to live in the San Francisco area or in many parts of the country on what people get paid at Whole Foods,” says Tim Maher, an organizer who used to work in the specialties department at the Bay Area store and now works for Whole Foods in Boston. “The long-term trajectory is even more frightening. Just seeing people who’ve been there eight or ten years, and knowing that they’re making just a couple dollars more, makes it really difficult to think about having a family, or supporting more than just myself.”

Though Whole Foods boasts of socially responsible business practices—including support for farmworkers’ rights campaigns and fair-trade growers abroad—the campaign says its own shop floors “reflect the low industry standards that dominate food and retail industries.” They complain of “constant understaffing, inconsistent hours” and “[c]ondescending managers who prioritize ‘growth’ while slashing labor.” Their day-to-day jobs involve “uncreative, emotionally destructive, and irrational work,” and more direct hazards like “repetitive motion injuries [and] customer abuse,” which all adds up to a workplace climate rife with the demoralizing stress and high turnover typical of many low-wage sectors.

The campaigning workers demand regularly scheduled raises, more comprehensive healthcare and retirement plans, and more paid time off, which “allows us to live a life beyond work and to participate with our families and communities.” This call for work-life balance is surely something slow-food lifestyle enthusiasts would appreciate, right?

But can Whole Foods customers appreciate the real value of the labor of overworked cheese department staffer, who cuts back on time spent with her kids while juggling evening and weekend shifts? Because workers are also fed up with the store’s scheduling practices. Despite the management’s past promises to offer more stable shifts with advanced notice, Maher says, the San Francisco store would keep both full-time and part-time workers in limbo by giving them only a few days lead time when posting the following week’s shift schedules, which left him “not knowing, basically, three days ahead of time what my schedule is going to be like, and knowing it could change at any moment. And there’s just no consistency.”

Workers also claim the company is driving to expand part-time positions to displace full-time work, which would make working conditions even more precarious. Meanwhile, however, the company just launched a campaign to market its corporate morals, trumpeting credos like “Employees need more love,” and “Values Matter.”

Whole Foods, which has been accused of monopolistic practices in its dominance of green-agriculture markets, has previously thwarted attempts by workers to organize. (A campaign to formally unionize workers in Madison, Wisconsin, crumbled in 2004 after the management launched a hostile propaganda campaign.)

But the San Francisco activists hope to bank on the perfect storm of economic pressures in the Bay Area: massive gentrification hollowing out the city’s working-class communities; neoliberal labor market driving workers in all sectors toward harsh and unstable working conditions; and rising public consciousness about holistic sustainability, based on equity across the food chain, from the farm to the produce aisle.

With its radical syndicalist ethos, the IWW has been working to organize the unorganized laborers of this new precariat, including that other yuppy icon, Starbucks. Still, with the Whole Foods empire spanning hundreds of stores in the United States, Canada and Britain with 80,000 employees, the San Francisco campaign has plenty of retail organizing to do, store by store.

According to Maher, a formal union election, under the federal certification process, seems unnecessarily arduous, because already, “We have an organized group of workers willing to take job actions to win our demands, and that’s all we need to be a successful union.”

The San Francisco store actions might spark a movement that spreads to other regions, but Maher says it depends on whether veteran workers maintain faith that they can improve conditions by building solidarity inside the workplace: “If any real changes are going to happen, it’s because the people who have been there the longest are going to stand up and fight and continue that struggle.”

Maybe Whole Foods employees have taken the “values matter” credo to heart in ways that their boss didn’t anticipate.