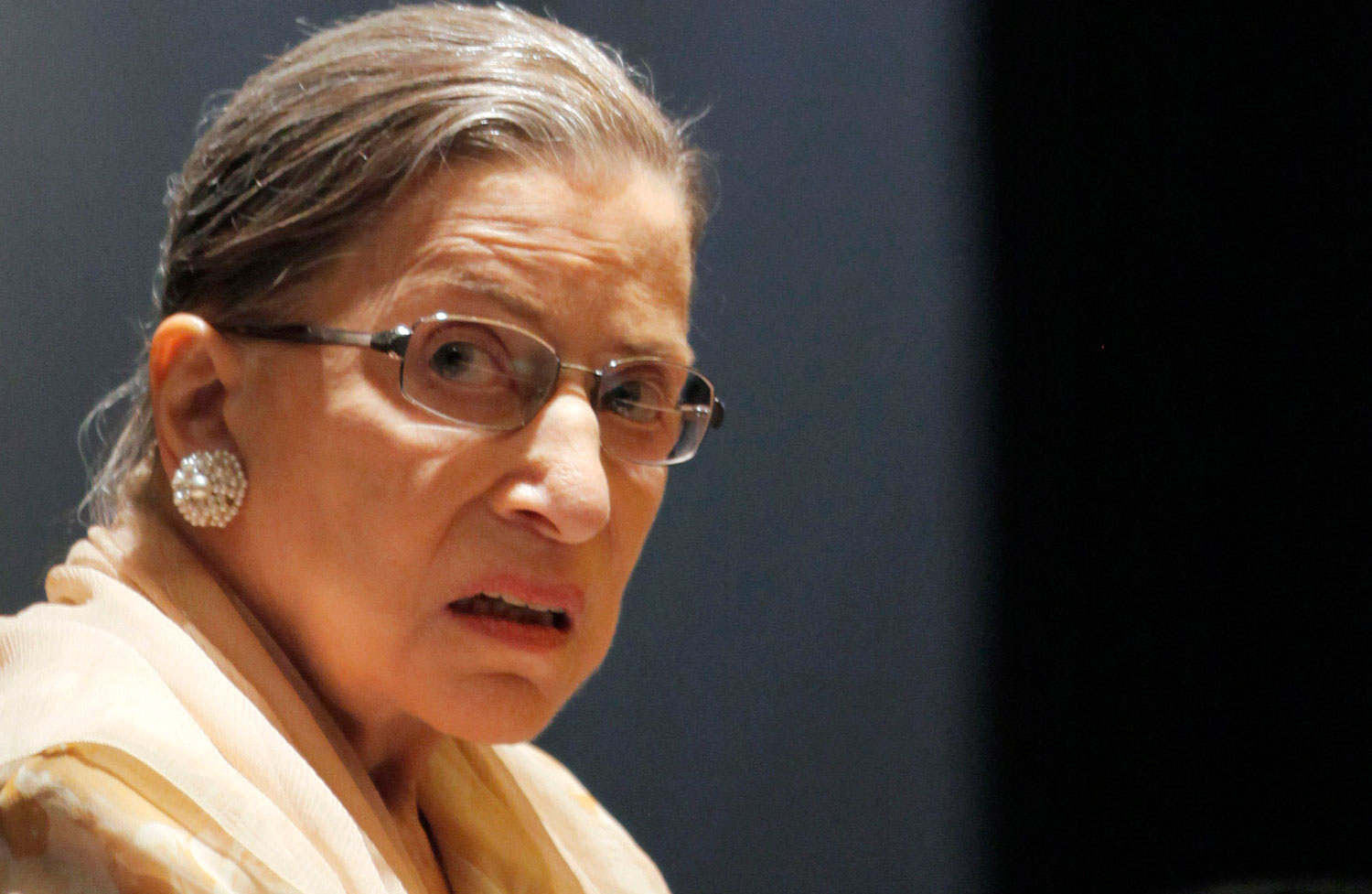 Among the many questions raised by the Supreme Court’s ruling in Burwell v. Hobby Lobby is how sweeping its legacy will be. Supporters of the decision have insisted that the ruling is “narrow,” as it explicitly addresses “closely held” corporations objecting to four specific types of birth control—including IUDs and Plan B—because the business’ owners consider them (inaccurately) to cause abortion. Besides, the Court argued, the government can just fill any coverage gaps itself, and it’s only women whom corporations are now permitted to discriminate against. “Our decision in these cases is concerned solely with the contraceptive mandate,” claimed Justice Samuel Alito, writing for the majority. “Our decision should not be understood to hold that an insurance-coverage mandate must necessarily fall if it conflicts with an employers’ religious beliefs.”

Bullshit, is essentially what Justice Ruth Bader Ginsburg had to say about the majority’s claim to have issued a limited ruling. In her dissent, Ginsburg deemed it “a decision of startling breadth.” She noted that “‘closely held’ is not synonymous with ‘small’,” citing corporations like Cargill, which employs 140,000 workers. Even more alarming is the majority’s endorsement of the idea that corporations can hold religious beliefs that warrant protection under the Religious Freedom Restoration Act.

In fact, it only took a day for the Court’s “narrow” decision to start to crack open. On Tuesday, the Court indicated that its ruling applies to for-profit employers who object to all twenty forms of birth control included in the Affordable Care Act’s contraceptive mandate, not just the four methods at issue in the two cases decided on Monday.

In light of its ruling on Hobby Lobby and a related suit, the Supreme Court ordered three appeals courts to reconsider cases in which they had rejected challenges from corporations that object to providing insurance that covers any contraceptive services at all. The plaintiffs in all three cases are Catholics who own businesses in the Midwest, including Michigan-based organic food company Eden Foods. Meanwhile, the High Court declined to review petitions from the government seeking to overturn lower court rulings that upheld religiously based challenges to all preventative services under the mandate.

It’s bad enough that the Court privileged the belief that IUDs and emergency contraceptives induce abortion over the scientific evidence that clearly says otherwise. With Tuesday’s orders, the conservative majority has effectively endorsed the idea that religious objections to insurance that covers any form of preventative healthcare for women have merit. This development is not surprising, as it’s the logical extension of the premise that the intangible legal entities we call corporations have religious rights. That’s a ridiculous idea, certainly, but not a narrow one—no matter Alito’s assurance that he intends it to be used only to justify discrimination against women.

The cases that must now be reopened aren’t even based on junk science, just general pious resistance to women’s health services. And at least one of those cases is only tenuously about religious freedom. “I don’t care if the federal government is telling me to buy my employees Jack Daniel’s or birth control,” Michael Potter, the founder of Eden Foods told Irin Carmon. “What gives them the right to tell me that I have to do that? That’s my issue, that’s what I object to, and that’s the beginning and end of the story.” As one judge wrote, “Potter’s ‘deeply held religious beliefs’ more resembled a laissez-faire, anti-government screed.”

The hole that the Supreme Court tore in the contraceptive mandate can be repaired with a tailored fix, most likely by the Obama administration extending the same accommodation it offered nonprofit religious groups to women working for the closely held for-profit corporations implicated in the Hobby Lobby ruling. Under that work-around, insurance companies themselves—or, in some cases, the federal government—will pick up the tab for female employees’ contraception coverage when their employer opts out.

More vexing is the extension of the RFRA to corporations. Business owners now have a new basis for trying to evade anti-discrimination laws and their responsibilities to their employees. Religious liberty is already the rallying cry for conservatives looking for a legal way to discriminate against LGBT Americans; other business owners have tried to use religion to justify opposition to minimum-wage laws and Social Security taxes. Faith groups are already trying to capitalize on the Hobby Lobby decision out of court; on Wednesday, a group of religious leaders asked the Obama administration for an exemption from a forthcoming federal order barring federal contractors from discrimination on the basis of sexual orientation or gender identity.

According to Alito, courts have no authority to “tell the plaintiffs that their beliefs are flawed.” Where, then, are the boundaries? How will courts decide which beliefs are “sincerely held?” Alito asserts that the majority opinion provides “no such shield” for other forms of discrimination, but we have to take his word on it. The language of the ruling may be limited to contraception, but there are no explicit constraints on its underlying logic.