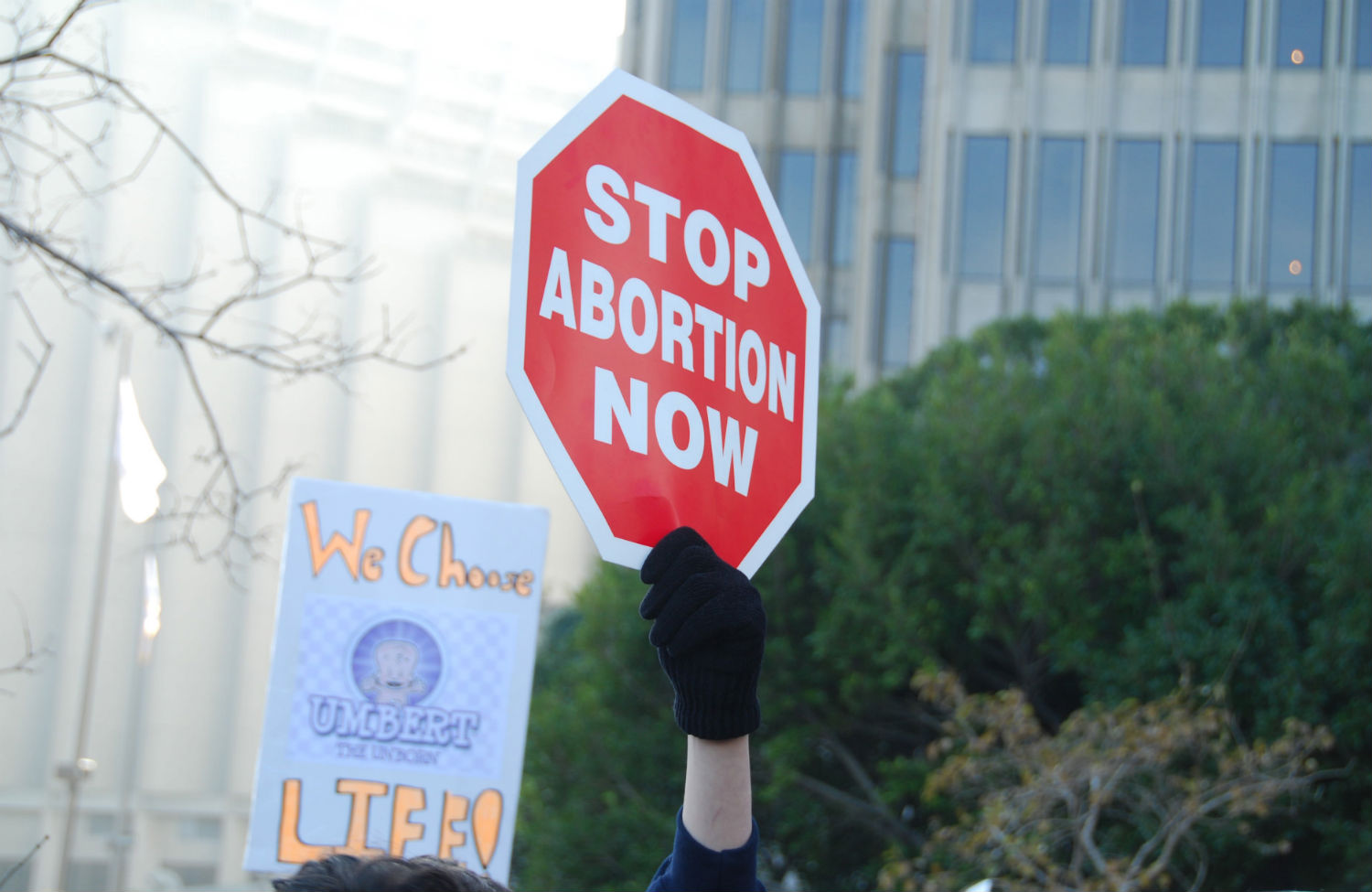 McCullen v Coakley, which was argued in January, was an attack by anti-abortion activists on a Massachusetts law that permitted speech and assembly outside women’s health facilities, but imposed a buffer zone between demonstrators and clinic patients and staff. In response to years of anti-choice violence, harassment and interference with patient access, the Massachusetts legislature established a buffer zone of 35 feet. The law was intended to address the state’s multiple failed attempts to protect people entering and exiting abortion clinics from the protesters outside by keeping people who had no business at clinics a safe distance from their doors.

But the anti-choice demonstrators who showed up on a regular basis at Planned Parenthood and similar facilities in the state convinced the Court that the law violated the constitutional rights of those who simply wanted get up close and personal to patients—to talk, as in, talk women out of having abortions.

The 2007 statute was challenged by 77-year-old Petitioner Eleanor McCullen of the anti-choice group Operation Rescue, and other anti-choice activists. Their federal lawsuit argued that the buffer zone impeded their ability to speak to women to try to convince them to have babies, not abortions. At oral argument and in the opinion, the justices repeatedly painted the petitioners not as protestors, but as individuals who simply wanted to chat with other individuals—who, as it happened, did not wish to have that chat. The law, they claimed, interfered with their access not only to their chosen audience, but also to public streets, for the purpose of communicating their message. Bingo. Therein is the crux of the Court’s majority opinion: Access to the public square. “A virtue,” some justices called it, “not a vice.” Location, location, location.

After oral argument, most court observers and pro-choice activists predicted that there weren’t enough votes to uphold the law. But the fact that the decision was unanimous came as a big surprise. Although there were three separate opinions, each with different theories, they all found the law unconstitutional.

The Court’s majority Opinion, written by the ultra conservative Chief Justice John Roberts, was joined by the Court’s four-person liberal wing: Stephen Breyer, Ruth Bader Ginsberg, Sonia Sotomayor, and Elena Kagan. It finds the law unconstitutional not because it involves abortion, but because it interferes with soapbox speech, or what you might think of as sidewalk proselytizing. They found that the law was not specifically designed to muzzle these petitioners or their points or view, or keep only those who oppose abortion 35 feet from clinic doorways.

The somewhat tortured majority opinion—surely reached after intense negotiation and compromise—found that the statute in fact did not address the content of speech or the subject of abortion itself. Ironically, many supporters of the law have always said that this case was not really about free speech, because it didn’t ban speech or silence anti-choice evangelists, but merely structured the location of speech. (And that location was not even a significant distance away, as it sometimes has been at political conventions). But in the end the majority opinion did decide that even though the content of the speech was not targeted, limiting access to an open street forum was not permissible.

But the Petitioners‘ endgame was never to regain access to an open street forum. The goal has always been to get up close and personal with the women whose lives they want to control. Justice Anton Scalia referred to them as “consensual conversations.” But who is really consenting to these sidewalk conversations? And for that matter, if there’s only one participant is it even a conversation? These petitioners aren’t so much protestors as they are smooth talkers.

The Roberts opinion held that barring the Petitioners’ access to the public space outside the clinics was an unreasonable restriction on the demonstrators’ free speech. And the Court concluded that the law went further than necessary to accomplish the public safety goals of Massachusetts. According to the Court, the government could have chosen another, less restrictive solution—despite the fact that police officials had testified that nothing worked to control crowds outside the facilities. Whether the paucity of arrests is because the police can’t tell who’s who, or because there are no actual crimes, or because the police look the other way wasn’t clear. They failed to acknowledge that opposition to abortion, in Massachusetts alone, has led to eight murders, 17 attempted murders, 550 incidents of stalking, plus harassment and other violations of individual privacy of pro-choice doctors, patients, staff and advocates.

The opinion suggests alternatives that Massachusetts could have adopted, including schemes that the defendants say, but did not prove, have not worked, such as court injunctions, or statutes similar to the federal Freedom of Access to Clinic Entrances Act of 1994, which imposes criminal and civil sanctions for obstructing, intimidating, or interfering with persons obtaining or providing reproductive health services. Massachusetts, the Justices added, could address obstruction of clinic driveways through local traffic laws, and could rely on police procedures for crowd control.

The case is not over yet. McCullen v Coakley has now been remanded to the lower court, and then presumably will return to the Massachusetts legislature. While the Court did not strike down barrier zones in other states and cities, the people who brought us McCullen can take those statutes on next.

As Massachusetts goes, so goes the nation.