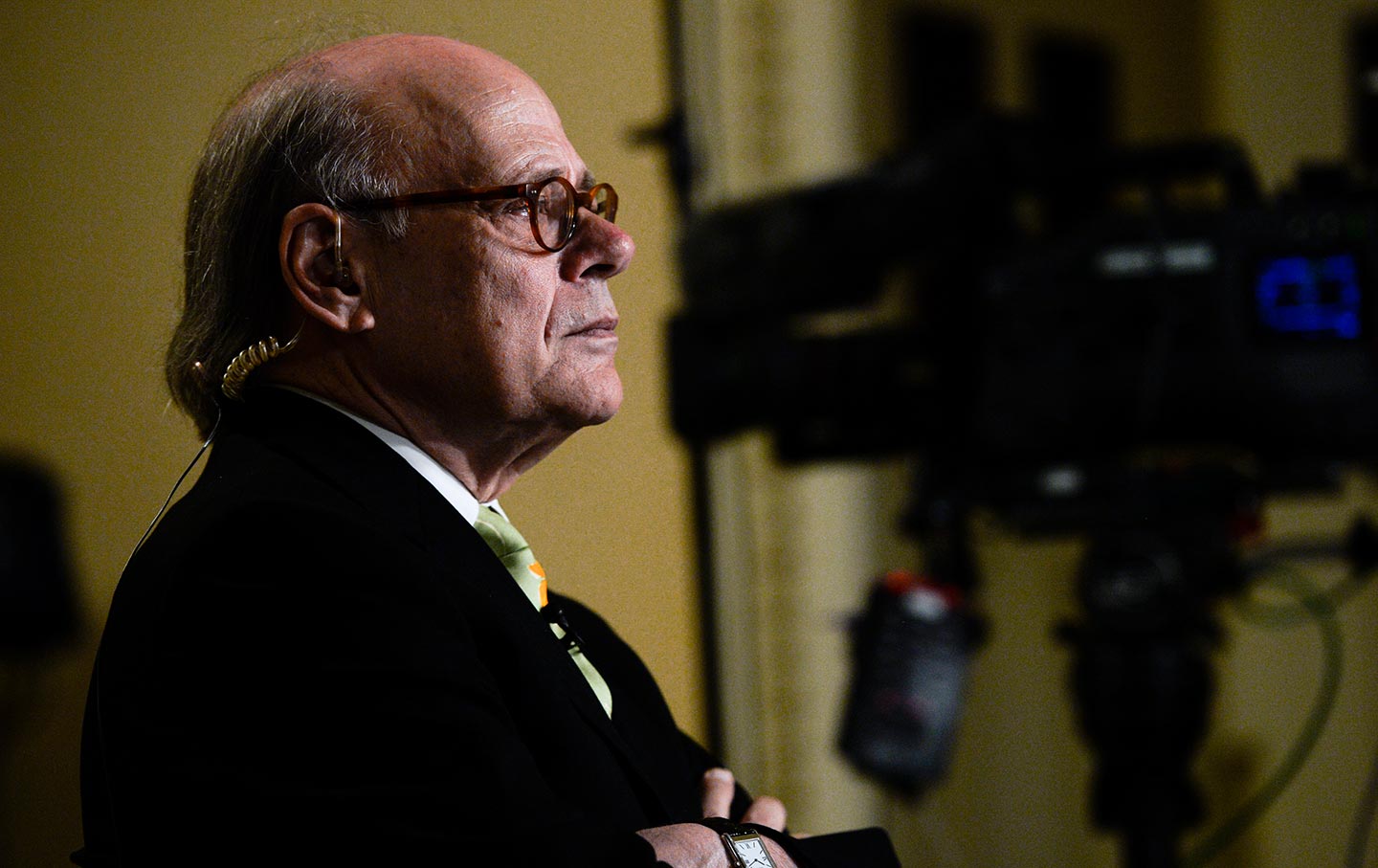 For patriots who have grown frustrated with Democrats’ seeming inability to address the impeachment in the robust and unapologetic terms that the country’s founders intended, Representative Steve Cohen’s language should give us hope. The Democratic representative from Memphis favors impeachment, and he is not afraid to say that the time has come to apply a constitutional remedy.1

As importantly, Cohen knows what to talk about when he talks about impeachment. He goes to the heart of the matter, keeping his talking points simple. The president, says the Tennessee Democrat who chairs the Judiciary Committee’s Subcommittee on the Constitution, Civil Rights, and Civil liberties, is guilty of “self-dealing”—the abuse of his position to benefit his business interests. These are issues once again getting attention after Trump recently promoted his Florida golf resort as a location for the next G-7 meeting and Vice President Mike Pence made a bizarre stop at a Trump property in Ireland.2

Cohen, who has been making the case for impeachment since the summer of 2017, acknowledges that there are many arguments for holding the president to account. But he has placed a particular emphasis on Trump’s violations of Article 1, Section 9, of the US Constitution, the Foreign Emoluments Clause, which states:3

No Person holding any Office of Profit or Trust under [the United States], shall, without the Consent of the Congress, accept of any present, Emolument, Office, or Title, of any kind whatever, from any King, Prince, or foreign State.4

and Article II, Section 1, the Domestic Emoluments Clause, which states:5

The President shall, at stated Times, receive for his Services, a Compensation which shall neither be encreased nor diminished during the Period for which he shall have been elected, and he shall not receive within that Period any other Emolument from the United States, or any of them.6

“Trump is comfortable being openly corrupt. He is using the presidency to suppress witness testimony and obstruct the House Judiciary investigation, and by inviting the G7 to meet at his hotel, he’s violating the Emoluments Clause,” explains Cohen in reference to Trump’s scheming to hold the 2020 G-7 at his Trump National Doral Miami golf resort. “We need to hold him accountable.”7

On August 28, the House Judiciary Committee announced that it will investigate the president’s proposal to steer foreign and domestic cash to his ailing resort complex. “The President’s personal financial interests are clearly shaping decisions about official U.S. government activities, and this is precisely the type of risk that the Constitution’s Emoluments Clauses were intended to prevent,” say committee chair Jerry Nadler and Cohen. “Hosting the G7 Summit at Doral implicates both the Foreign and Domestic Emoluments Clauses, because it would entail both foreign and U.S. government spending to benefit the President, the latter potentially including both federal and state expenditures.”8

Cohen’s committee will examine those violations of the emoluments clause.9

That’s necessary and appropriate. But so many arguments for investigating Trump have been placed on the table that there really needs to be a sorting out when it comes to pursuing impeachment. A majority of House Democratic Caucus members (at least 136, or three-fifths of the caucus; with dozens of new members signing on since then–special counsel Robert Mueller testified in July) and, perhaps, Michigan independent Justin Amash are on board for impeachment. But they have come to this conclusion from many directions and with many perspectives on what is and is not an impeachable offense.10

Speaker Nancy Pelosi should have supported the opening of a formal impeachment inquiry after Mueller testified. But she pulled her punch, as she invariably does when it comes to presidential accountability. As the House prepares to return for the fall and House Democrats use the “I” word more frequently, we still lack clarity on their plans of action. And the clock is ticking.11

This is where Cohen comes in. He says it straight.12

“There’s no question on the Emoluments Clause every time he takes in dollars from foreign governments at Trump hotels or Trump Towers. And, now, he’s so blatant he wants foreign governments to pay him at the Doral. This has just gone too far,” Cohen declared on MSNBC last week. “I think we need to just impeach the guy. While he won’t be convicted, it’s important [to] have the House do its proper deed to say: this is wrong, we have a certain line and the line’s the Constitution and the Constitution has been violated.”13

Democrats need to listen to Cohen and take his lead. He is not promising too much; he’s making a realistic and proper case for immediate impeachment. Cohen recently told CNN that he knows Senate majority leader Mitch McConnell and his GOP colleagues will resist accountability. So be it, says Cohen. He’s on record stating that Republican senators who resist impeachment will be “vulnerable in their own elections come the fall [of 2020], even in red states,” because “the tide is going to turn on the [impeachment issue], just like it did in Watergate.”14

That’s a wise political assessment. But setting aside the inner workings of Washington for a second, impeachment will put politicians on the right side of history. “The main reason I’m interested is not so much to win the Senate, which is a byproduct,” he says. “It’s because I think he’s committed impeachable offenses and needs a scarlet ‘I’ on his chest, and that’s what I think we should do.”15

Steve Cohen is right. That is precisely what the House should do.16