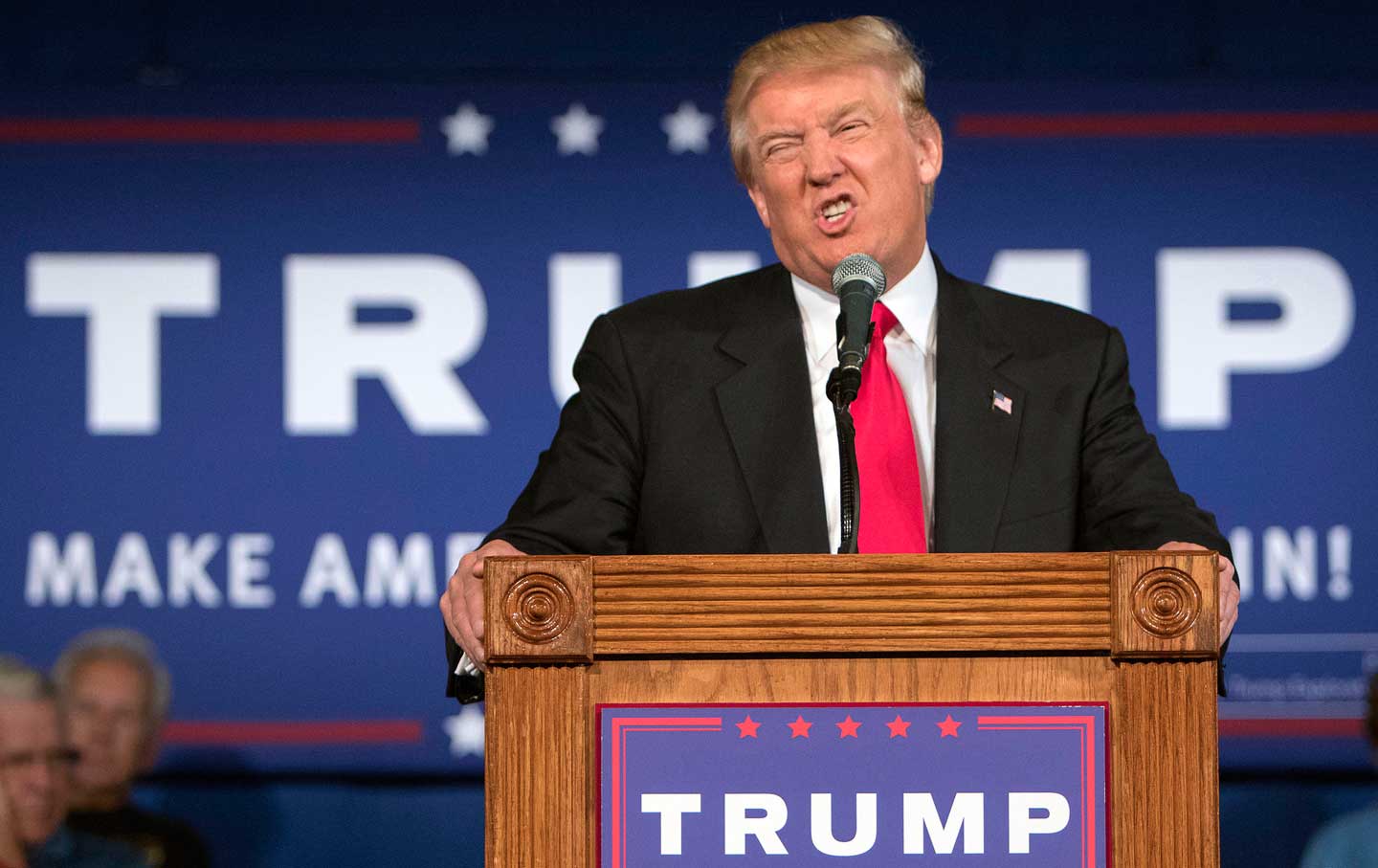 If Donald Trump were president, would he be a familiar kind of New York deal-maker—or a deluded demagogue? Sasha Abramsky considers the possibilities.

And, for opening day of major league baseball, our Dave Zirin talks about the game with Noam Chomsky—who recalls growing up with the hapless Philadelphia Athletics, and going to Little League games with his grandson today.