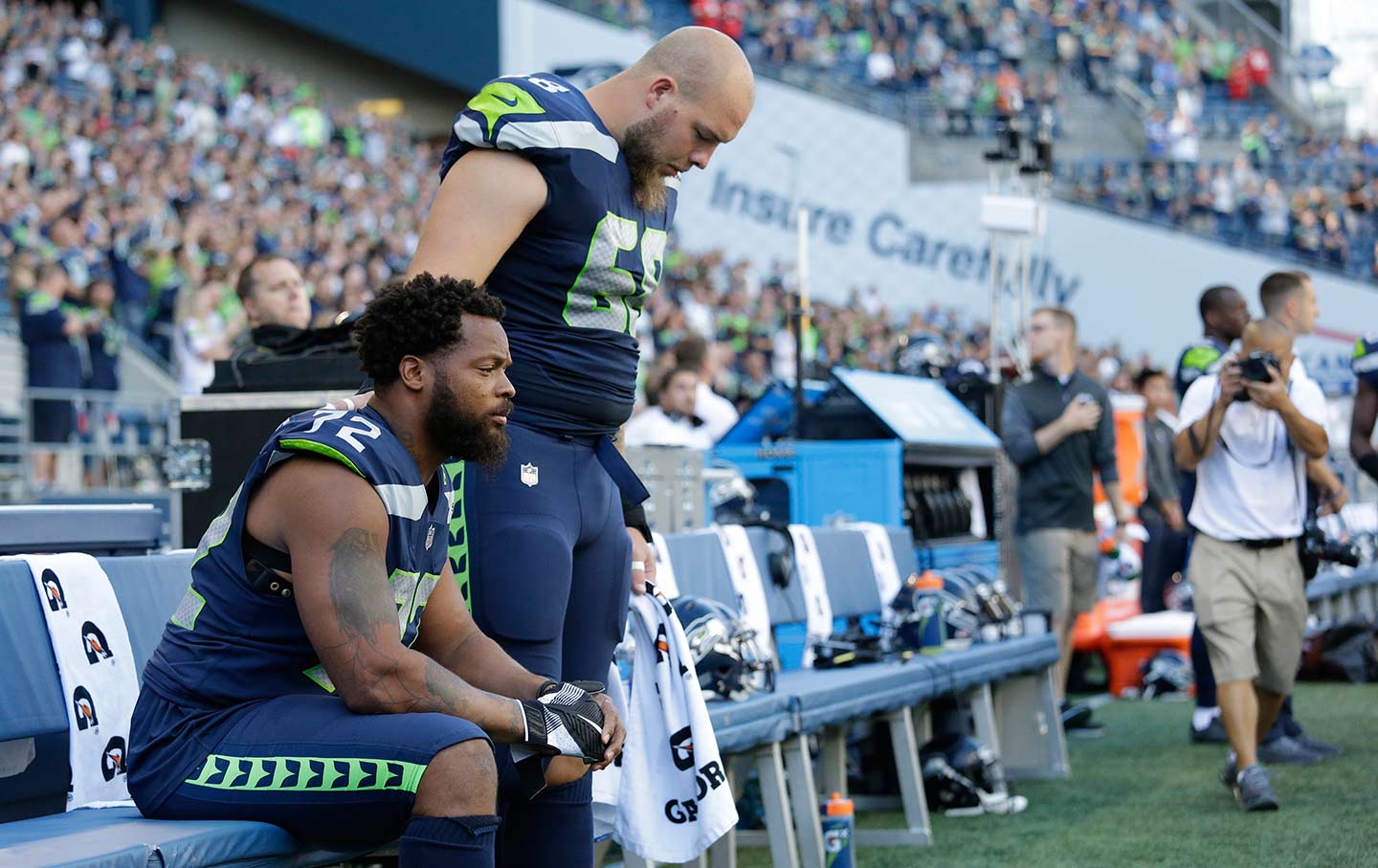 Michael Bennett wants to make folks uncomfortable by telling difficult truths about being black in this country. Lots of football fans would rather not hear them, especially from someone whose job in the minds of many is to just entertain. Michael believes that if we get too comfortable, we’re not growing.

In a book we are working on, called Things That Make White People Uncomfortable, he writes:

When you grow as a child, it’s so intense, your body is knocking your own teeth out of your mouth so stronger, better teeth can grow in. When your bones are growing when you’re 12, 13 years old, it can be so uncomfortable, you can’t sleep at night. If we feel uncomfortable, then we are doing something right. That discomfort is just a period of transition. Trust me: you will feel blessed, if you can see it through and make it to the other side.

Running through the book is another idea as well. It’s the idea that Michael Bennett is made to feel uncomfortable by virtue of being a black man living in the United States, and the assumptions that people draw about him. If he’s not comfortable, he doesn’t think anybody else should be either. This is why Bennett has chosen to sit during the anthem during the 2017 season. That is also why Michael Bennett, with incredible bravery given the current political climate, has just gone public with a statement on Wednesday about what Las Vegas police subjected him to after the Mayweather-McGregor fight two Saturdays ago. Posted on Twitter, here is what he said:

Let me say why this was such an exceptionally brave thing to do. One, it’s always courageous to tell the truth when you are bullied or beaten. If you hold that inside, it can kill you. You tell the truth and shame the devil.

Two, we know what kind of reaction a statement like this can provoke in the police. Rather than apologizing to Michael Bennett, they will interpret this as an attack on all of them. That, to me, is the sickest part of police culture. Not every police officer brutalizes people, but the overwhelming number of police officers will protect those who do. It’s called “the blue line of silence” for a reason.

Think about the temper tantrum Cleveland police are currently throwing because a dozen Browns players took a knee during the anthem. They are protesting the Browns anthem protest by having an anthem protest of their own and promising to not carry the flag onto the field for opening day. The mind-boggling logic of this aside, this is a police department that has been singled out by federal authorities for brutality, a department that has the blood of 12-year-old Tamir Rice on its hands. But they are the ones who are offended.

However and why ever this Vegas incident happened, Bennett’s choice to speak out took uncommon courage. When I communicated with Michael on that Saturday night, it almost seemed like he had PTSD from the experience. I didn’t know at the time if he would come forward. This statement is the act of somebody who knows what they’re doing and isn’t afraid of the fight.

The NFL season starts in just 24 hours, and this is the last thing that NFL owners and Commissioner Roger Goodell want to be discussed. But guess what? It happened, and if that makes owners and the commissioner uncomfortable, so be it.

Bennett knows that if he doesn’t come forward, nothing will ever change. Michael Bennett is not doing this for himself. He needs to know he’s not alone. One thing should be clear: No one should ever have to ask him why he is protesting during the anthem ever again.