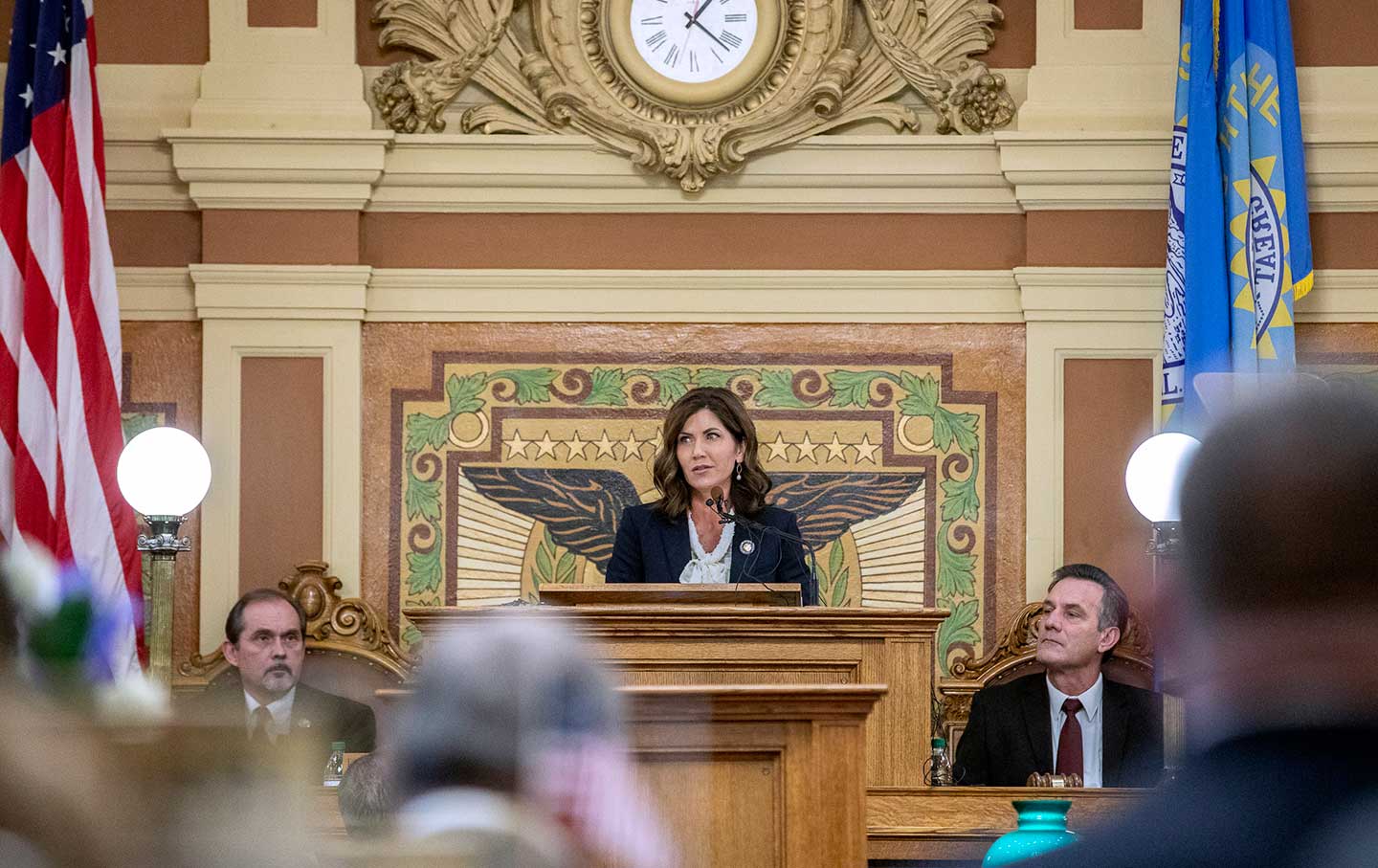 It’s really quite remarkable—given the profound problems facing people in everyday life, from food and income insecurity, to fears over health care, to lack of safe and affordable housing—that the South Dakota legislature has decided that no issue is more urgent to tackle than the scourge of transgender athletes in public high schools.

South Dakota’s Senate Bill 49, put forward by state Senator Jim Bolin and state Representative Thomas Brunner, would, according to Out “declare void the transgender procedure adopted by the South Dakota High School Activities Association.” The “procedure” that they find so objectionable was enacted in 2015. It has allowed trans students “to participate in athletic activities in line with their self-identified gender, rather than their gender assigned at birth. For example, trans boys can join the boys’ wrestling team, and trans girls can play basketball on the girls’ team. SB49 would bar such allowances, forcing trans girls to compete with boys and trans boys to compete with girls.”

This bill, in addition to being a vicious attack on the most vulnerable students, would also make it harder for schools to do their jobs. As Cory Allen Heidelberger wrote for the Dakota Free Press, “Just as it would usurp the authority of the experts the school districts select to manage their extracurriculars, SB 49 would replace the students’ and the schools’ determination of which team Johnny, Janey, and anyone in between should play on with the judgment of one doctor, nurse, or chiropractor who gives athletes their five-minute once-over at the assembly-line summer physicals.”

Hellenberger points to a quote by State Senator Bolin, who sounds like a real peach. He said: “We have sports that are set up—boys go over 39-inch hurdles in 110 meters and girls have to clear 33-inch hurdles in 100-meter hurdles. We have a smaller ball for girls’ basketball than we do for boys’ basketball. If we’re going to have these modifications, then my point is that the birth certificate should be the determining factor in which team you play on. It’s all about fair competition.”

Hardly. That athletic fairness is Bollin’s motivation is an obvious and transparent lie. SB 49 is actually best understood as only the latest effort by Bollin’s crew in the legislature to target trans students at the state level. In 2016 they passed a law, vetoed by Republican Governor Dennis Daugaard, that would have forced trans students to use bathrooms for the sex assigned to them at birth. However the state’s new governor, Kristi Noem, campaigned on the promise of signing any anti-trans legislation that the legislature sends her way.

SB 49 is unnecessary and it is cruel and it comes with risks that extend far beyond the field of play. As Chase Strangio, staff attorney at the ACLU, said to me, “For four years the South Dakota High School Activities Association has allowed transgender student athletes to compete consistent with their gender. This bill would void that policy and push trans students out of sports altogether. It takes away a critical space for trans students who already face discrimination and isolation to connect with their peers, undermines the core of who they are and sends a message to adults and students that it is permissible to target them. It is dangerous and, should it become law, would set a dangerous precedent for the rest of the country.”

As part of the resistance to SB 49, there is an effort to marshal the forces of current and former athletes to sign their own petition from the jock’s perspective. It reads, in part,

As athletes, we know first-hand how formative athletic competition can be. In addition to the opportunity to participate in extra-curricular activities, learn skills and challenge ourselves, participation in sports creates important social connections especially during childhood and adolescence. On any sports team, whether in individual or team-based competition, the ability to thrive is dependent on the connections and support you offer your teammates. Any effort to exclude a group of people from participation in sports because of who they are will damage entire teams, leagues, and school sports histories.

Whether a pro jock or a weekend warrior, people should sign on to this. Sports needs to be a force for good, something that brings people together. It shouldn’t be used as a cudgel to scapegoat, marginalize, and advance an agenda at odds with the most fundamental pillar of athletic competition: to be free to get in the game.