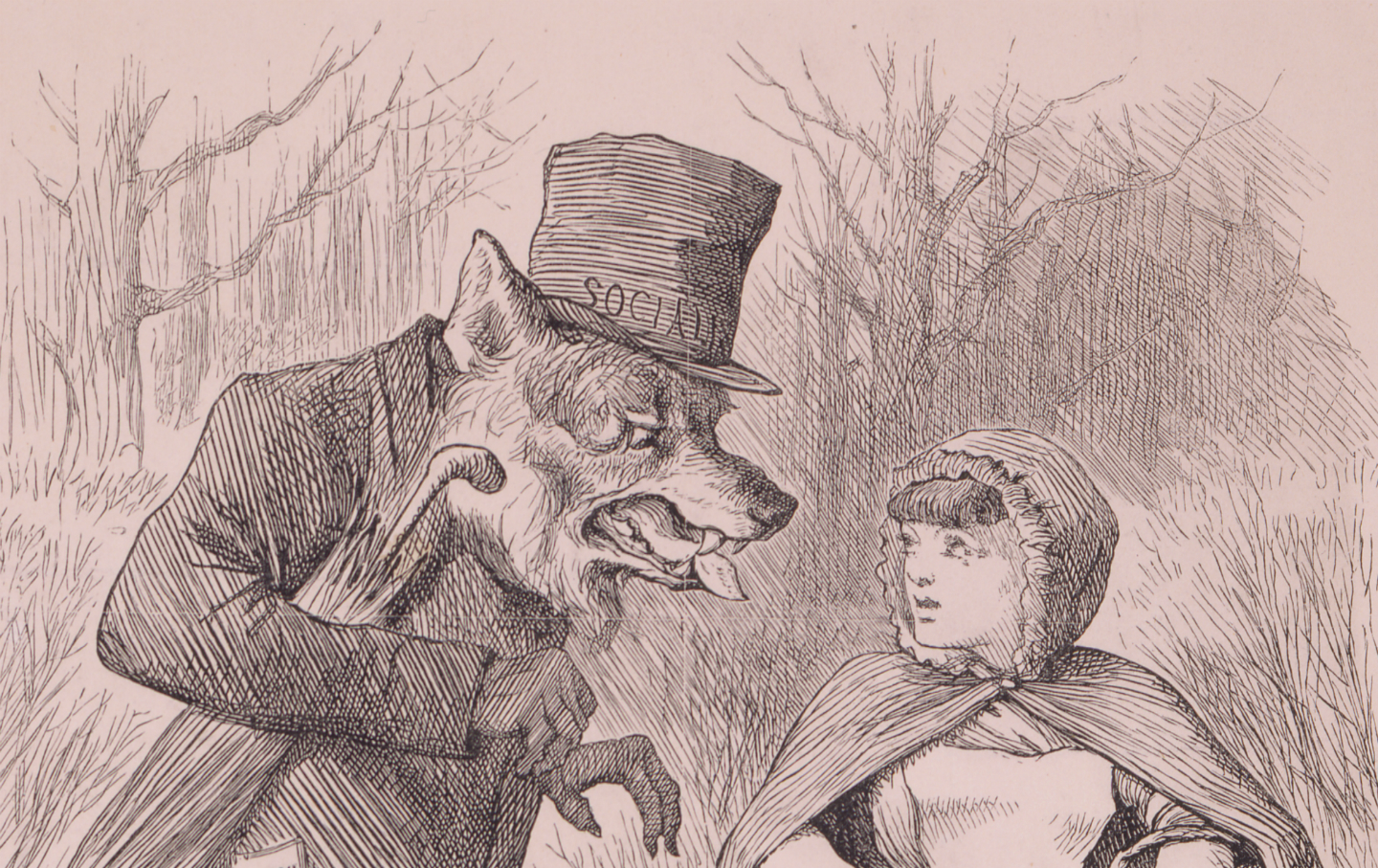 There is not a statesman in the Western World who is not at this moment puzzled and even alarmed by the discontent of that vast body of persons who live by the daily labor of their hands. It has been all but demonstrated that no traditions, or training, or peculiarities of position or government are sufficient to keep the Socialistic devil out. All the “modern improvements” seem to help him. He passes the sea and the mountains with the telegraph and the steamer, and makes as much use of the printing-press as either Church or King. He has his newspapers, his tracts and missionaries everywhere, and his vicious roar may be heard all over the Western World from the Ural to the Rocky Mountains. The worst of it is that no means of coming to terms with him has as yet been discovered. He cannot, apparently, be bought off, because after giving him what he wants Society would have nothing left.

The rich man is called on to strip himself of his riches; the frugal man of his savings; the able man to treat his ability as an incumbrance; and the whole community to give up all it loves and glories in. Smoking is to be allowed at funerals, and men and women are to mate in the streets. Children are to go to the foundling hospital. Whatever power there is anywhere is to be lodged in the hands of the most stupid and incapable. The lazy are to lie on their backs and the industrious to get nothing for their industry.