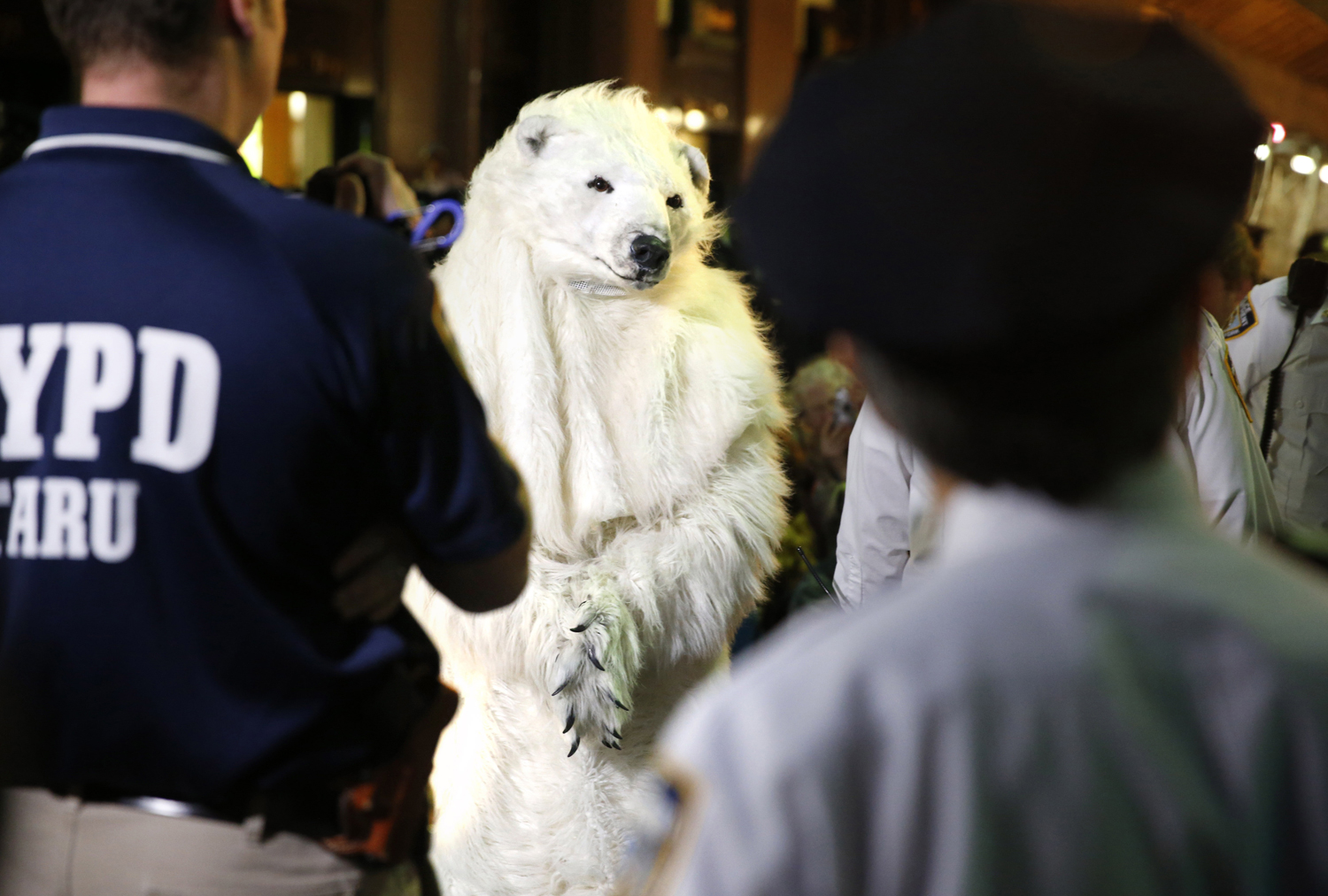 Over 100 people were arrested at “Flood Wall Street,” a protest directed at New York City’s financial district that highlighted unfettered capitalism’s role in the climate crisis. Among those arrested was Frostpaw, the mascot for the Center for Biological Diversity, and underneath his fur, the center’s co-founder, Peter Galvin.