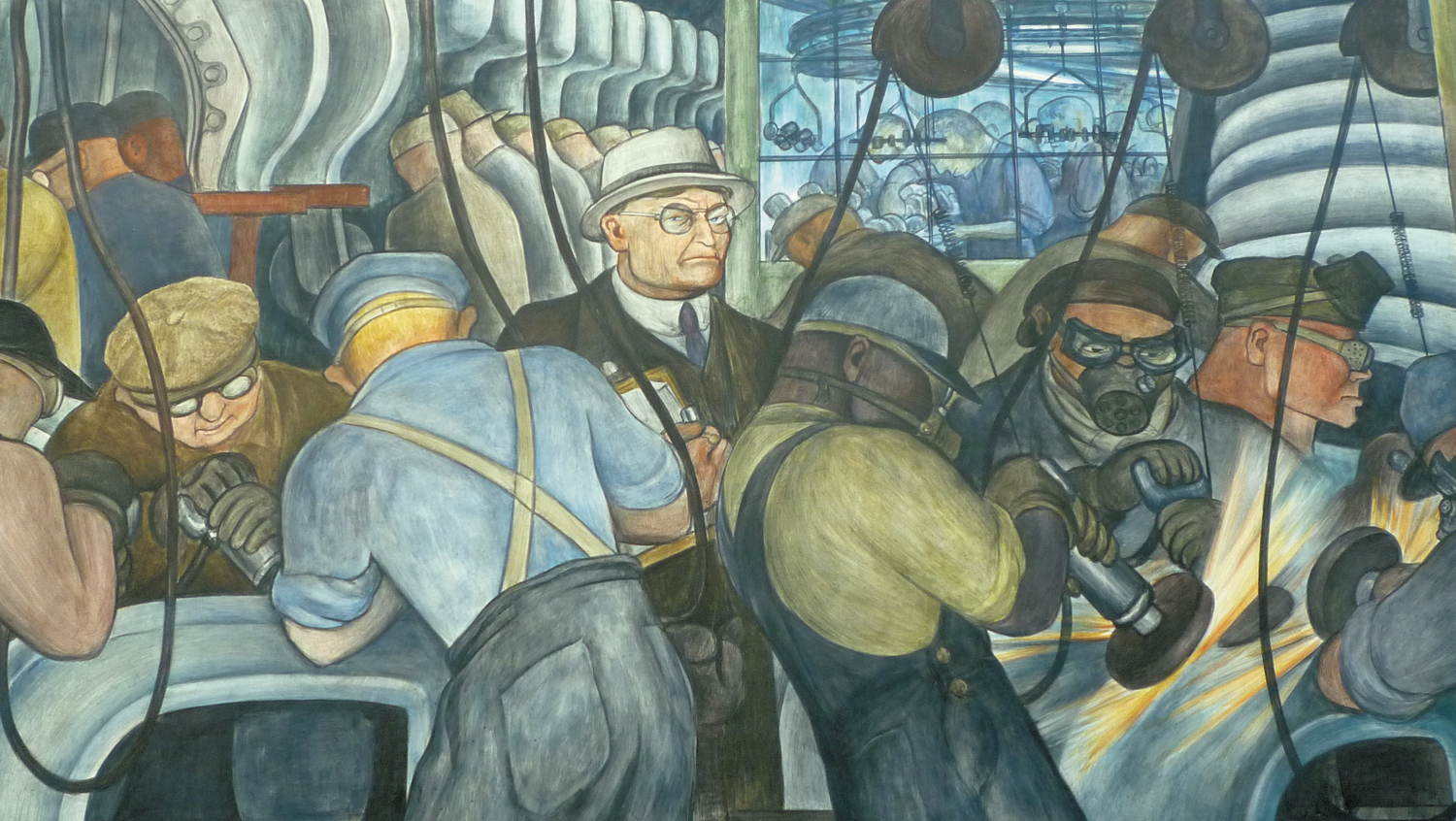 The Detroit Institute of Arts is fighting to prevent the sale of its collection, including Diego Rivera’s Detroit Industry murals (1932–33), as the city recovers from bankruptcy. According to the DIA, Rivera considered this series of frescoes—which some critics condemned for its alleged blasphemy and Marxist propaganda—his most successful work.