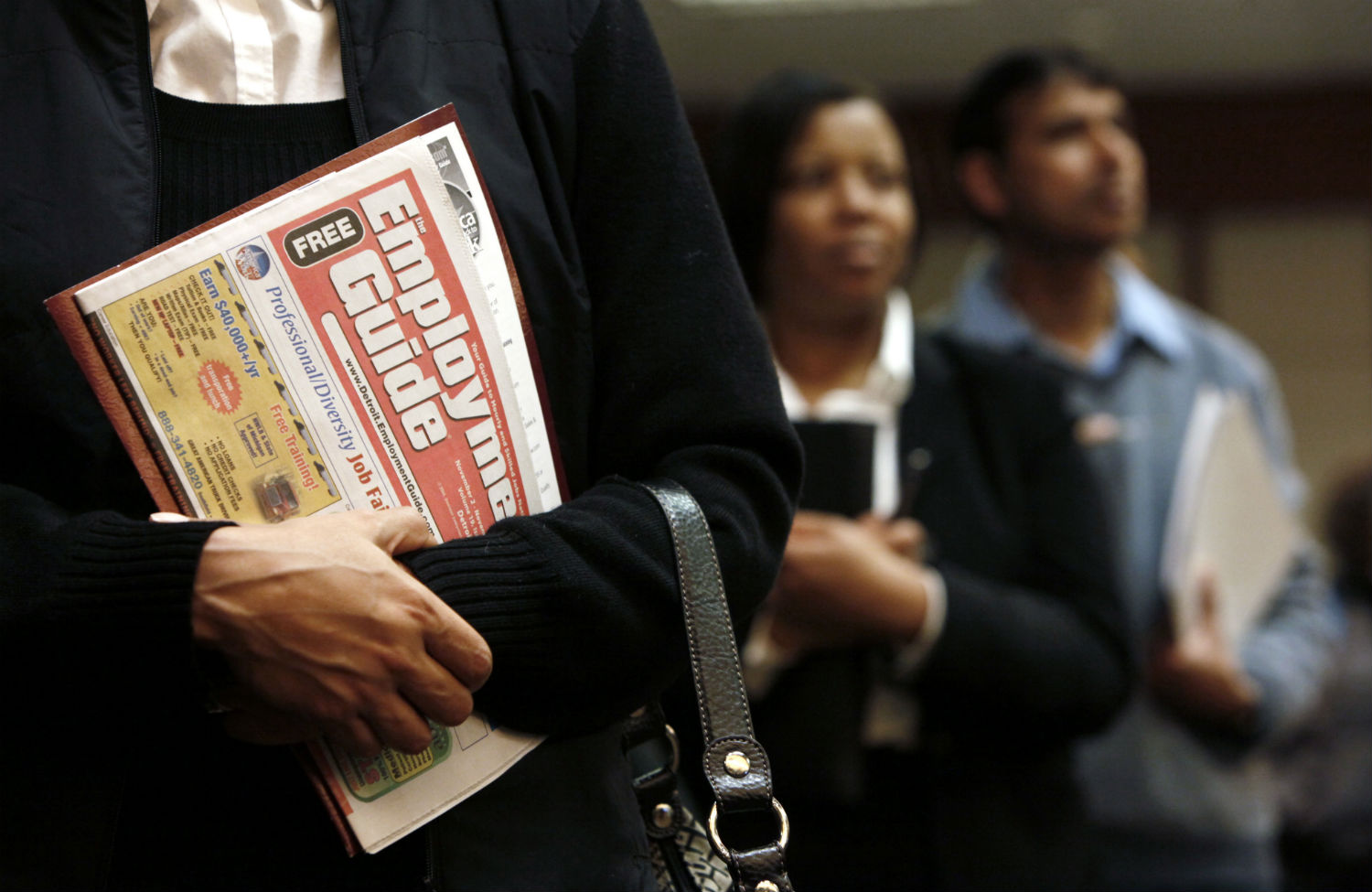 Sonja Jackson, of Detroit, holds a Employment Guide while standing in line at a 2009 job fair in Michigan. (AP Photo/Paul Sancya)

The Senate is still trying to figure out a way to pass an extension of long-term unemployment insurance, which expired for 1.3 million people at the end of 2013. In case you’ve missed the debate, Republicans went from saying the extension wasn’t necessary to saying they would like to support it, but the benefits had to be offset by corresponding budget cuts. This has left the Senate twisting the Rubik’s Cube of deficit reduction measures for six weeks, trying to find an acceptable “pay for” so that Republicans can join Democrats in passing an extension. (While, of course, over a million Americans try to get by without badly needed benefit checks.)

The debate will come to a head once again this week: on Thursday, the Senate will vote on a three-month extension of the unemployment benefits. And the “pay for” attached to it deserves its own glass case in the Deficit Reduction Hysteria Hall of Fame.

This particular device is called “pension-smoothing,” a sleight of hand that Congress has used before. The Center on Budget and Policy Priorities has a lengthy rundown of the policy, but here are the basics. The federal government requires employers to fund a certain percentage of their pension plans so the plans remain solvent, and “pension-smoothing” tweaks the formula used to figure out the employer contributions to correspond more closely to historical trends. The practical effect is that for the next few years, employers will contribute less to their pension plans, and then will contribute more in later years.

When employers contribute less to their pension plans, it raises revenue for the federal government, since the contributions are tax-deductible. So voilå, the cost of the extension has been offset!

In other words, it’s a deficit reduction device that does the opposite, unless you only look at it from a certain angle, or pretend that the world ends around 2019.

Now, we’ve been chronicling how badly the long-term unemployed need this extension, and also criticized deficit reduction efforts that actively harm people. Pension-smoothing doesn’t harm anyone. And if it gets the bill passed, then terrific.

But the lengths Congress will go to in order to kneel at the altar of deficit reduction are just getting ridiculous. It’s clear at this point, as if it wasn’t before, that many people who claim to be deficit hawks don’t actually care that much about the long-term deficit. Maybe it’s time to give up the charade?