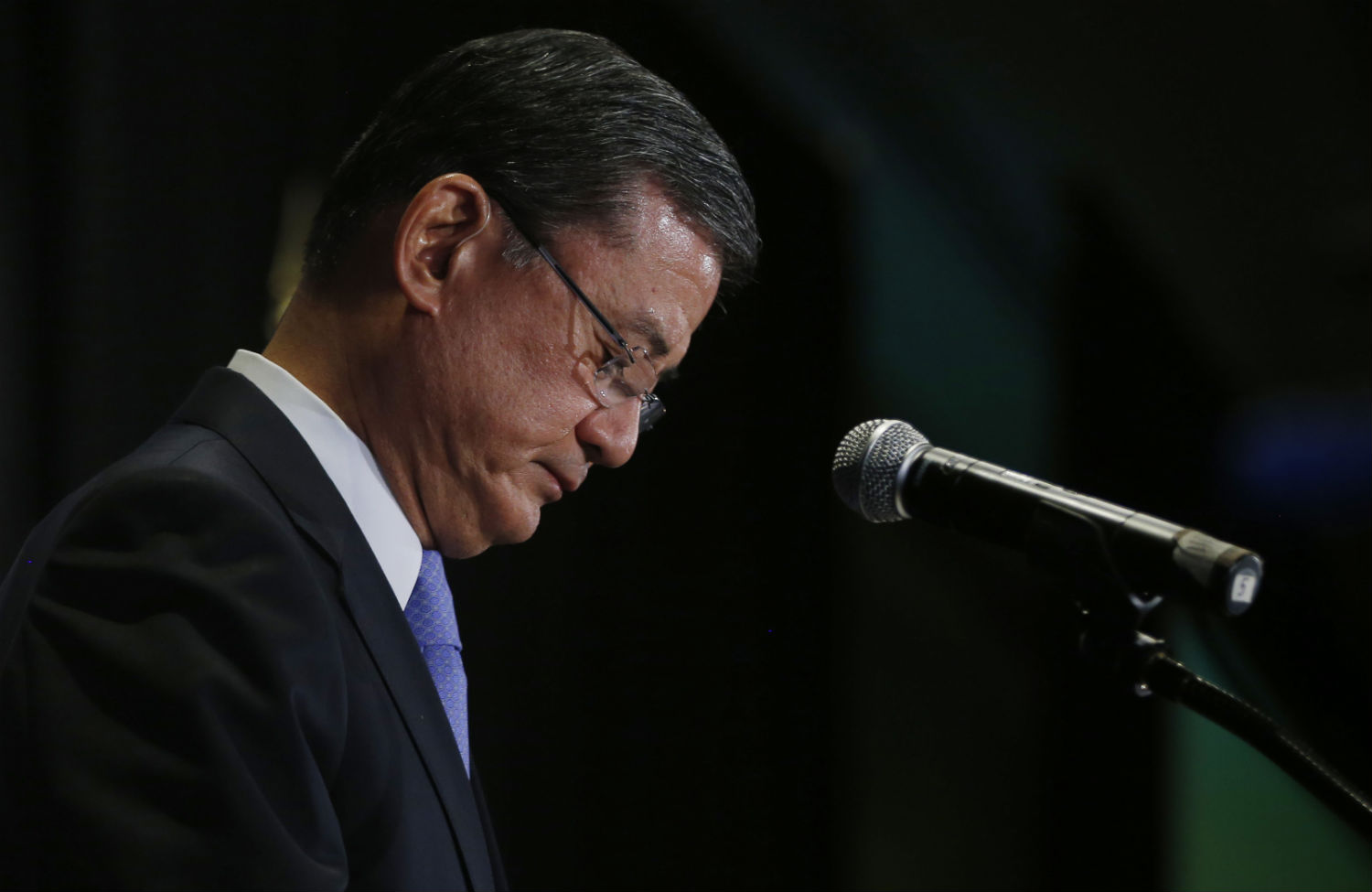 The resignation of Veterans Affairs Secretary Eric Shinseki was a foregone conclusion by the time it happened on Friday morning. After shocking problems at a VA hospital were revealed in an election year (in Arizona, no less, represented by Senator John McCain, one of the administration’s most powerful foils inside the Beltway) and the heavy suggestion that more mismanagement across the country will soon be made public, Democrats in what promise to be razor-thin House and Senate races had virtually no choice but to call for his resignation as a tide of desperate, angry veterans flooded cable news airwaves and local newspapers.

There was then no way Shinseki could have stayed on in the face of these calls from the very party to whom he owed his nomination; his resignation was the only way to simmer down the scandal that filled up most of the news hole over the past few weeks. (Note that the two most powerful people in Washington not calling on Shinseki to resign were John Boehner and Eric Cantor. They knew that every day he stayed was a good one for Republicans.)

It doesn’t mean his resignation was the right thing to do in practice—in fact, it very well may delay implementation of solutions and make the VA’s problems worse—but it was simply a fact of nature in the political ecosystem.

Now the VA will be set on a new course, and it’s crucial that attention is paid to the true scandal: the overwhelming medical and mental burden suffered by thousands of young men and women returning from largely elective wars in Iraq and Afghanistan, and our continuing inability to fully care for them.

Last year, the Institute of Medicine released a Congressionally-mandated 794-page study outlining the challenges facing these veterans. Though the findings didn’t result in the same media firestorm, they should have:

The unfolding VA scandal involves unacceptable cover-ups of coverage problems at VA hospitals, but that is not mutually exclusive with a system that is fundamentally unable to deal with the problems at hand. In fact, the latter may have fostered the former. We don’t fully know yet, and the upcoming investigations should shed light on these issues.

But over the coming weeks, the politicians that have been rushing to appear on camera along with the outlets eager to cover this story should focus on the bigger picture: the crisis facing returning veterans and the current inability of the federal government to help them. There are many reasons why this has happened. And at the heart of all this is yet another scandal, one that continues to echo through American politics over a decade after it began: the decision to commit, and keep, American troops involved in two messy ground wars with unclear goals and uncertain, at best, benefits.