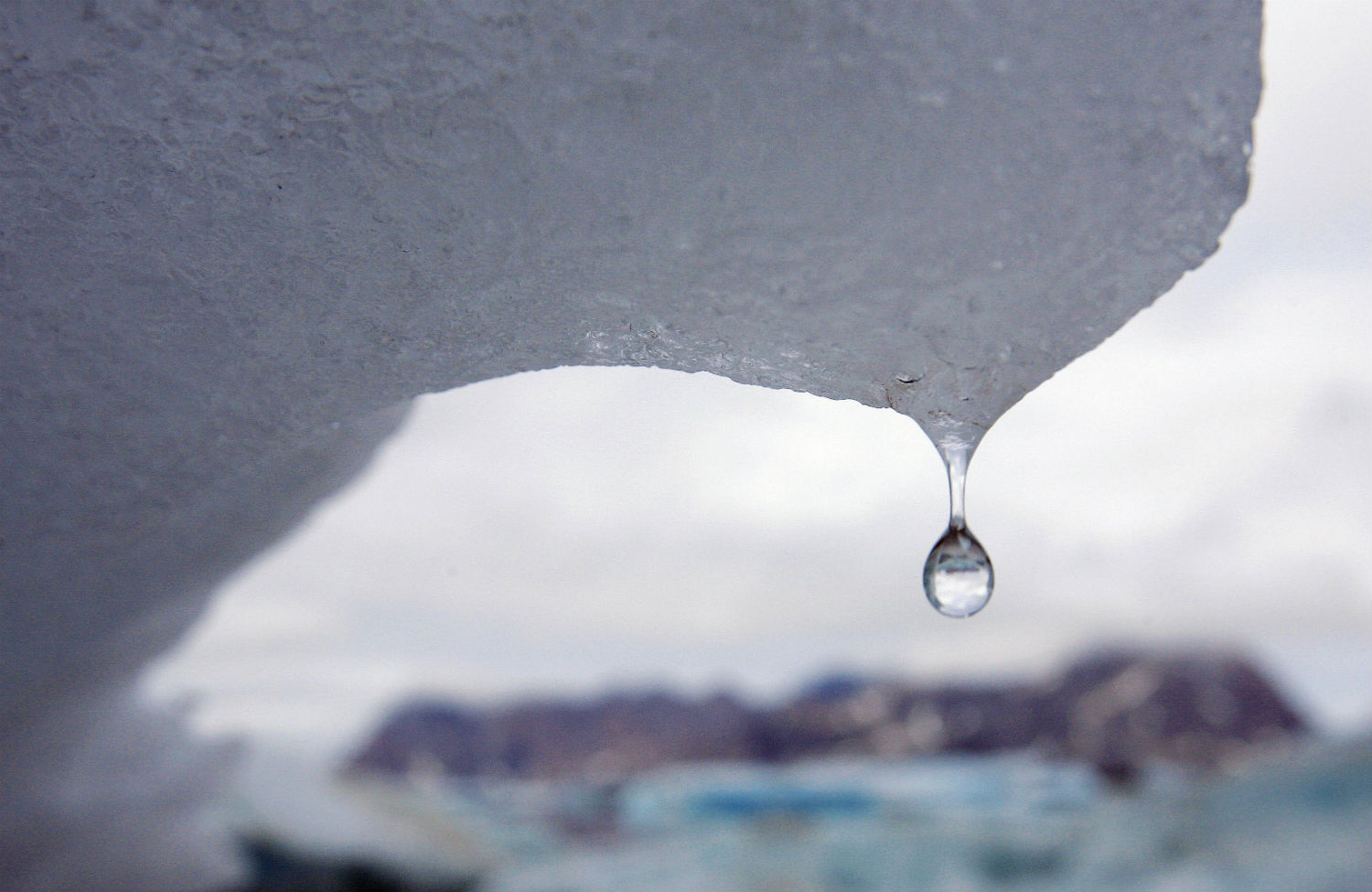 On Wednesday morning, in a small room at the National Press Club in Washington, DC, the climate change skeptic Craig Idso pointed to a PowerPoint slide showing three young pea plants, each grown under varying levels of atmospheric carbon dioxide. The plant that experienced the lowest concentration of carbon dioxide looked shriveled and sickly; the most robust-looking plant grew under the highest test concentration. “Now,” Idso said, “you could put on your Sigmund Freud hat, and you could ask yourself in a psychiatric manner, which plant would you rather be?”

Idso is one of the lead authors of a new report from the Nongovernmental International Panel on Climate Change (NIPCC), a project of the right-wing think tank the Heartland Institute that essentially serves to rebut the United Nations–sponsored Intergovernmental Panel on Climate Change (IPCC). On Wednesday, NIPCC authors along with Heartland president Joseph Bast did their best to convince a room of less than ten people that scientific consensus on the human role in climate change does not exist, and that carbon emissions and rising global temperatures will have a net positive effect on the world. In other words, we are all pea shoots.

There were other absurdities at the press conference, including Idso’s prophecies of “vegetative prowess.” There were repeated references to the “scores” of scientists who contributed to the report, when in fact the total number of authors, editors and reviewers amounts to thirty-seven. Many of the people behind the NIPCC, including Bast and Fred Singer of the Science and Environmental Policy Project, have built careers around undercutting scientific research that threatens corporate profits, most notably the tobacco industry. Unlike the hundreds of scientists who contribute to IPCC reports voluntarily, the “independent” authors and editors involved with the NIPCC are paid; how much and by whom Heartland refused to say, although a staffer cited three family foundations as the source of funds for the study.

The most interesting part of the event was that the scientists and Bast couldn’t seem to decide whether man-made climate change is a hoax, or whether it’s something to embrace. Bast offered a painful display of rhetorical acrobatics when asked to clarify. He agreed there has been a gradual warming trend as well as a corresponding increase in carbon emissions. Bast declared, “The human presence is responsible for rising carbon dioxide concentrations in the atmosphere,” but then clarified that in regards to temperature, “the human impact is very small, probably less than natural variability…the bigger impact is the increase in carbon dioxide, which Doctor Idso shows is positive, unambiguously positive.” If the increase in carbon dioxide is the “bigger impact” and it’s due to “the human presence,” that seems to be tacit endorsement of the link between human activity and climate change.

This is what the climate movement is up against—plant analogies, thirty-seven scientists and an all-but-empty pressroom? (There was a similar briefing earlier in the morning, reportedly with comparable attendance.) The event only emphasized what a lonely occupation climate skepticism in the Heartland model has become, as even Exxon Mobil says “the risk of climate change is clear and the risk warrants action.”

But the dwindling community of skeptics has a disproportionately large audience thanks to Fox News, which featured the NIPCC report several times in the past week on air and online. “Deepening divide over climate change sparks fierce debate,” reads the headline of a story by correspondent Doug McKelway, who told viewers of the Fox Special Report with Bret Baier on Wednesday night that the NIPCC authors “point to observable data, not computer modeling, to prove their point.” McKelway concluded, “All of this is leading congressional doubters to further question an array of EPA regulations the president has unleashed to maneuver around congressional resistance to cap and trade and other carbon-mitigating legislation.”

Fox’s treatment of the NIPCC report isn’t surprising, considering that 72 percent of its climate change coverage last year was misleading, according to a new study by the Union of Concerned Scientists. Fox pulls in some 1.76 million viewers, compared with the 640,000 who watch MSNBC, which covered climate accurately 92 percent of the time. The NIPCC may be speaking into an echo chamber, but it’s one that surrounds a sizable chunk of America and the majority of lawmakers in the House, who are well protected by rigged districts and corporate patrons. There’s no excusing the special interests, politicians and journalists who deliberately promote shoddy science to justify environmental destruction. At the same time, one can understand the popular appeal of the NIPCC, as a comforting alternative the desperate scenario portrayed by the IPCC. Things would be so much simpler, if only we were pea shoots.