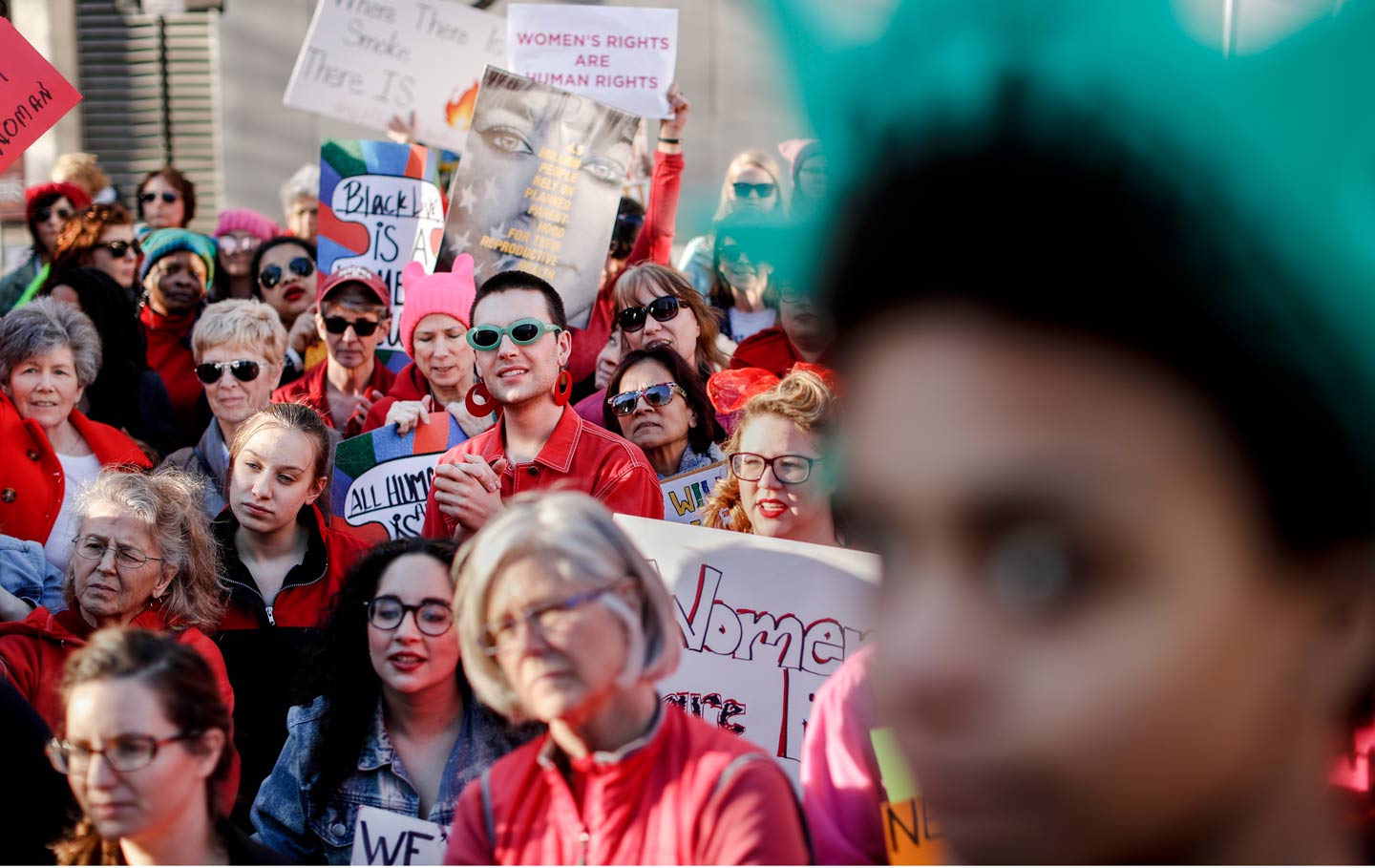 Donald Trump’s election represented the violation of many norms of a decent society—I’ll spare you the litany of outrages, which The Nation and others have reviewed exhaustively over the past year, but his treatment of women certainly ranks high among them. Before the election, some of us had fooled ourselves into thinking that our humanity and worth was something we could take for granted. But Trump’s victory, enabled in part by 53 percent of the white women who went to the polls, told us: “Nope, you’ve got it wrong—we see the pussy-grabbing, the beauty-pageant-leering, the creepy borderline daughter-groping, and the multiple allegations of sexual assault, and we care not at all.” Not only was Trump creepy, but he had casually said that women should be punished for getting abortions. It felt like we had entered a new dark age.

Then came the wave of feminist protests that has carried us to our present moment of resistance to sexual harassment and assault. The day after Trump’s inauguration, the Women’s March would become one of the largest demonstrations in American history. The politics of the march were amorphous and sometimes contentious. Its name was changed early on from the “Million Women March,” after activists noted the appropriation of the name of a huge 1997 march by black women in Philadelphia. Nonetheless, the march drew together hundreds of thousands of women from across the country, along with the men who supported them, to protest gender oppression. Many of these women returned home from the march and got involved in organizing for the first time in their lives.

Less than two months later, on March 8, American women celebrated International Women’s Day with a one-day strike in solidarity with women across the world, notably the Ni Una Menos (“Not One Less”) movement against gender violence in Argentina and Poland’s massive grassroots movement against the elimination of abortion rights. In one Virginia school district, so many teachers called in sick that the public schools shut down. These protests were smaller than the Women’s March but more politically focused. Organizers highlighted how the vast majority of women struggle to get by. As inequality has grown and the social safety net has shrunk, women have been forced to work longer hours for stagnant or declining wages, while simultaneously taking on a larger burden of care for their families. (Disclosure: I was involved in organizing the Women’s Strike.) Members of the New York State Nurses Association were at the head of the march in the Big Apple, emphasizing the role of labor in protecting women’s well-being.

When The New York Times exposed Harvey Weinstein’s predations, it felt cathartic for women across the country. “There is no doubt that having an accused sexual predator in the White House is hanging over this,” the activist and author Jaclyn Friedman told the Times. “People feel like they can’t do anything about that right now, but at least they can do something about this.” The New Yorker’s story about Weinstein, published almost simultaneously, focused mainly on actresses who had since become successful and wealthy, and who were largely white and glamorous. The #MeToo moment at first ignored the outsize role of black women in creating both the legal (think Anita Hill) and the activist framework for dealing with sexual harassment: Tarana Burke, a black organizer and youth-camp director, turned the phrase into a rallying cry years ago. But those early 2017 marches laid the groundwork for a broader critique of women’s oppression in the workplace. Soon, female farmworkers were expressing their solidarity with actresses (and implicitly asking for theirs in return), and new investigations had begun to expose harassment and assault in the restaurant industry, in home care, and in other workplaces across the country. The Nation has always reported from the forefront of working-class movements, and in the year ahead, we plan to focus our sexual-assault reporting on the abuses that plague those doing low-wage and unglamorous work.

We know that in these less glitzy industries, naming and shaming will not be enough. Where the bosses—and, more importantly, the workers—aren’t famous, Twitter is only of limited use. Labor Notes has documented the abuses in myriad working-class industries, as well as some solutions. Hotel workers in Chicago with Unite Here Local 1, for example, have pioneered a “Hands Off, Pants On” campaign to combat rampant sexual harassment and assault by hotel guests; their demands include access to panic buttons for anyone working alone. Members of the worker organization Restaurant Opportunities Centers United have mounted a campaign called “One Fair Wage” to eliminate the low minimum wage for tipped workers, which forces waitresses to overlook harassment from patrons and managers in order to ensure that they’ll be paid decently. The Coalition of Immokalee Workers in Florida has built language against sexual harassment and assault into its hard-won contracts and has actually managed to get abusive managers fired. These are struggles that we can learn from, and they must be expanded. 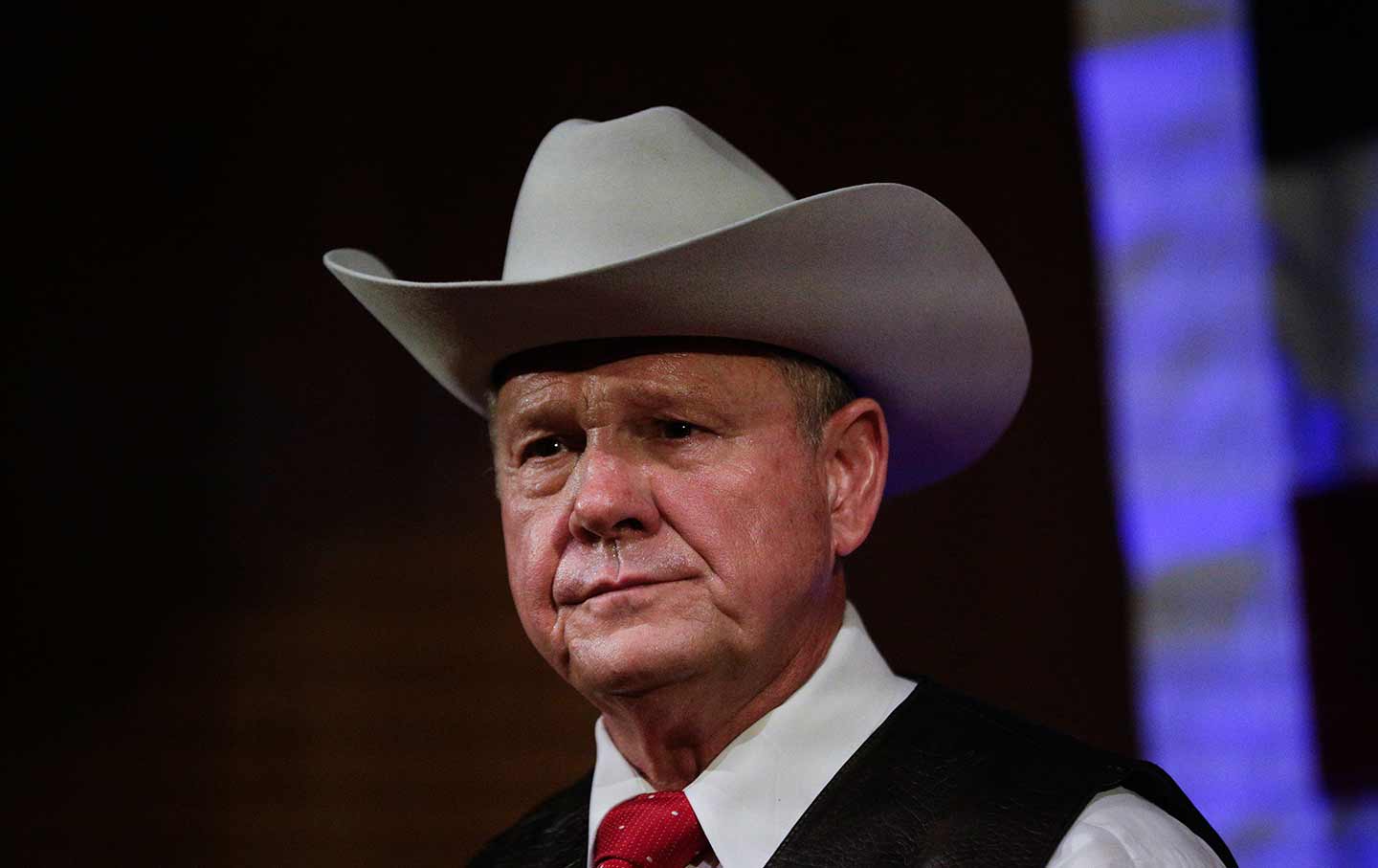 One way for them to grow: by channeling the largely unfocused female solidarity demonstrated at the marches earlier this year into concrete collective action. If those who showed up at the Women’s March with signs like “Pussy Grabs Back” meant what they said, they should now create more collective power by supporting or participating in unionization efforts, or by working to make labor organizations much more feminist than they currently are. High-profile women should get behind the campaigns of those less famous, to make #OneFairWage the next phase of #MeToo. And journalists should dig into the pervasive problem of sexual abuse, which working women have fought for decades without acknowledgment. The biggest blow we can strike against our predator in chief would be to turn the outrage he has engendered into a true mass movement for equality.