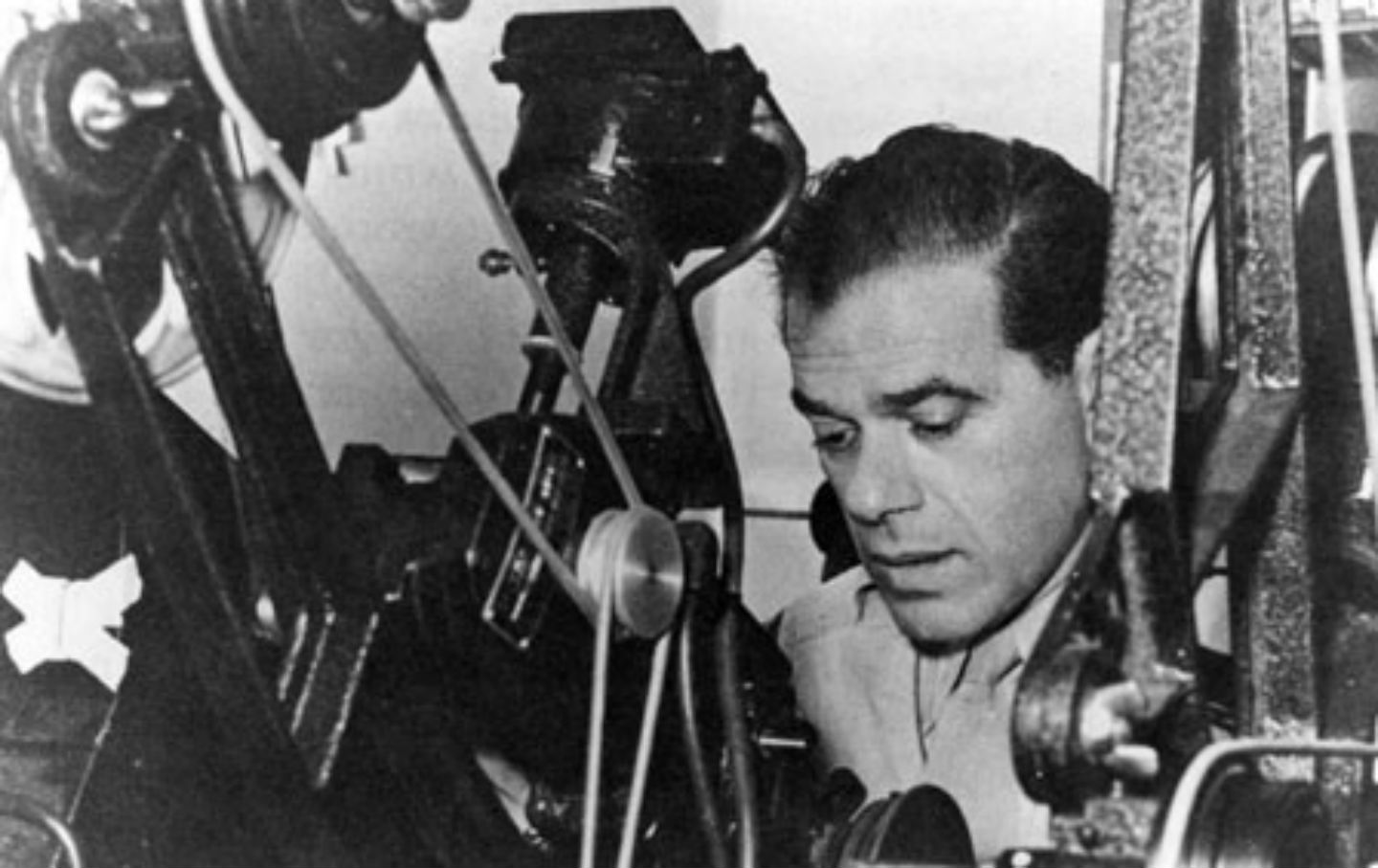 Frank Capra served as a film editor while serving in the army as a Signal Corps Army major during World War II. (US Department of Defense)

After scorning motion pictures in the early years of the 20th century, The Nation began, in the 1940s, to publish some of the best film criticism in the country. Writers like James Agee, Manny Farber, Robert Hatch, Andrew Kopkind, and Stuart Klawans (who has reviewed new releases regularly for the magazine since the late 1980s) have made the publication a mainstay of serious and thoughtful reviews. W.H. Auden famously called Agee’s reviews “the most remarkable regular event in American journalism today,” though a few years ago the essayist Phillip Lopate argued in The Nation that this was surely an exaggeration. In any case, one of Agee’s best pieces for The Nation, and the one we chose to include in the recent 150th anniversary issue, was his review of It’s a Wonderful Life, produced and directed by Frank Capra, who died on this day in 1991, at 96 years old.

One important function of good art or entertainment is to unite and illuminate the heart and the mind, to cause each to learn from, and to enhance, the experience of the other. Bad art and entertainment misinform and disunite them. Much too often this movie appeals to the heart at the expense of the mind; at other times it urgently demands of the heart that it treat with contempt the mind’s efforts to keep its integrity; at still other times the heart is simply used, on the mind, as a truncheon. The movie does all this so proficiently, and with so much genuine warmth, that I wasn’t able to get reasonably straight about it for quite a while. I still think it has a good deal of charm and quality, enough natural talent involved in it to make ten pictures ten times as good, and terrific vitality or, rather, vigor for much of the vitality seems cooked-up and applied rather than innate…. But I mistrust, for instance, any work which tries to persuade me—or rather, which assumes that I assume—that there is so much good in nearly all the worst of us that all it needs is a proper chance and example, to take complete control.…

At its best, which is usually inextricable with its worst, I feel that this movie is a very taking sermon about the feasability of a kind of Christian semi-socialism, a society founded on affection, kindliness, and trust, and that its chief mistake or sin—an enormous one—is its refusal to face the fact that evil is intrinsic in each individual, and that no man may deliver his brother, or make agreement unto God for him. It interests me, by the way, that in representing a twentieth-century American town Frank Capra uses so little of the twentieth and idealizes so much that seems essentially nineteenth-century, or prior anyhow to the First World War, which really ended that century. Many small towns are, to be sure, “backward” in that generally more likable way, but I have never seen one so Norman-Rockwellish as all that.