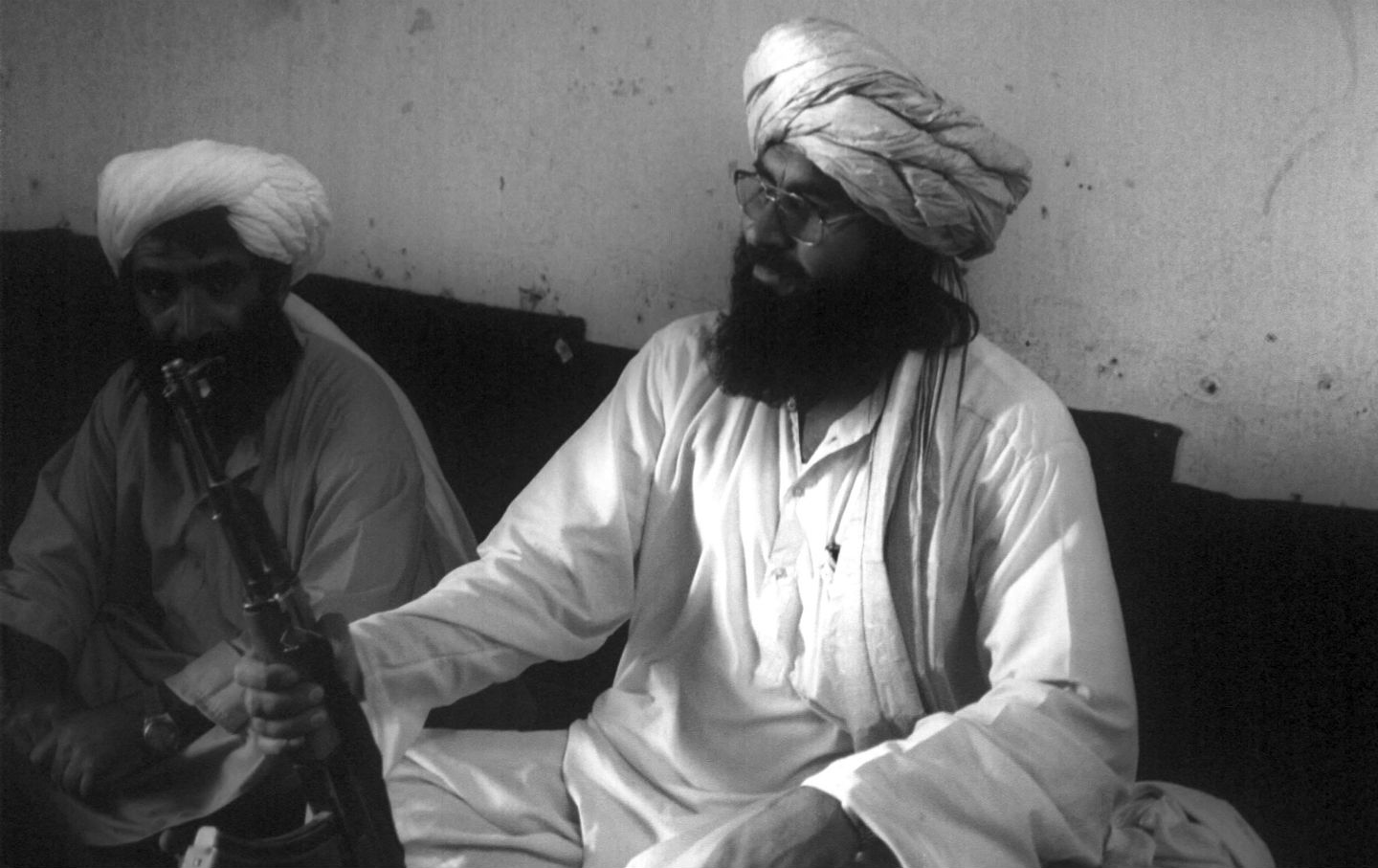 On this day in 1996 the Taliban took control of Kabul, and reigned supreme in Afghanistan until outsed by the United States in the fall of 2001. Yet as this article by the late Fred Halliday (“Kabul’s Patriarchy With Guns,” November 11, 1996) shows, the US and its allies had a lot to do with enabling the Taliban to take over the country in the first place.

The capture by Taliban guerrillas of the Afghan capital, Kabul, however short- or long-lived, has come after two years of one of the most obnoxious interventions by one state in the affairs of another in many years. Reported in the West as an indigenous struggle, in fact Pakistan set up the Taliban as a semi-regular fighting force in 1994, recruiting the leaders from religious schools, or madrasas, in Afghan refugee camps in Pakistan and providing them with the guns, money, fuel and technical support to conquer first the western part of Afghanistan and now much of the rest of the country. Since its creation in 1947, Pakistan has harbored the goal of dominating its northern neighbor, and its desire to do so has increased all the more since the Central Asian republics declared their independence from Moscow in 1991. Now Pakistan believes that it can not only achieve this strategic goal but also monopolize trade, and the export of oil and gas, from Central Asia, thereby cutting other contenders—Russia, Iran, Turkey—out of the game….

American responsibility for recent events in Afghanistan is greater than Administration officials pretend. The United States in fact sabotaged the prospects for a peaceful settlement in the late eighties. The U.S.S.R. agreed to pull out its forces in return for a cessation of U.S. and Pakistani aid to the anti-Communist Islamist forces fighting [Soviet-friendly Afghan President] Najbiullah. Confident that Moscow could do nothing about it, Washington ignored that agreement and continued to arm the guerrillas. His regime survived much longer than most had anticipated, but in the end, following the August 1991 coup attempt in Moscow, Soviet financial and military aid to Kabul ceased and the government collapsed. It was then that the fundamentalists came to power in a coalition, and a new round of chaos and destruction began. Much of the responsibility for that, and for the military and patriarchal terror that has followed, lies with Washington. One would like to think that as they watch reports of the Taliban victory in Kabul, Ronald Reagan, George Schultz, Robert Gates and their ilk will lose a little sleep. It does not seem very likely.