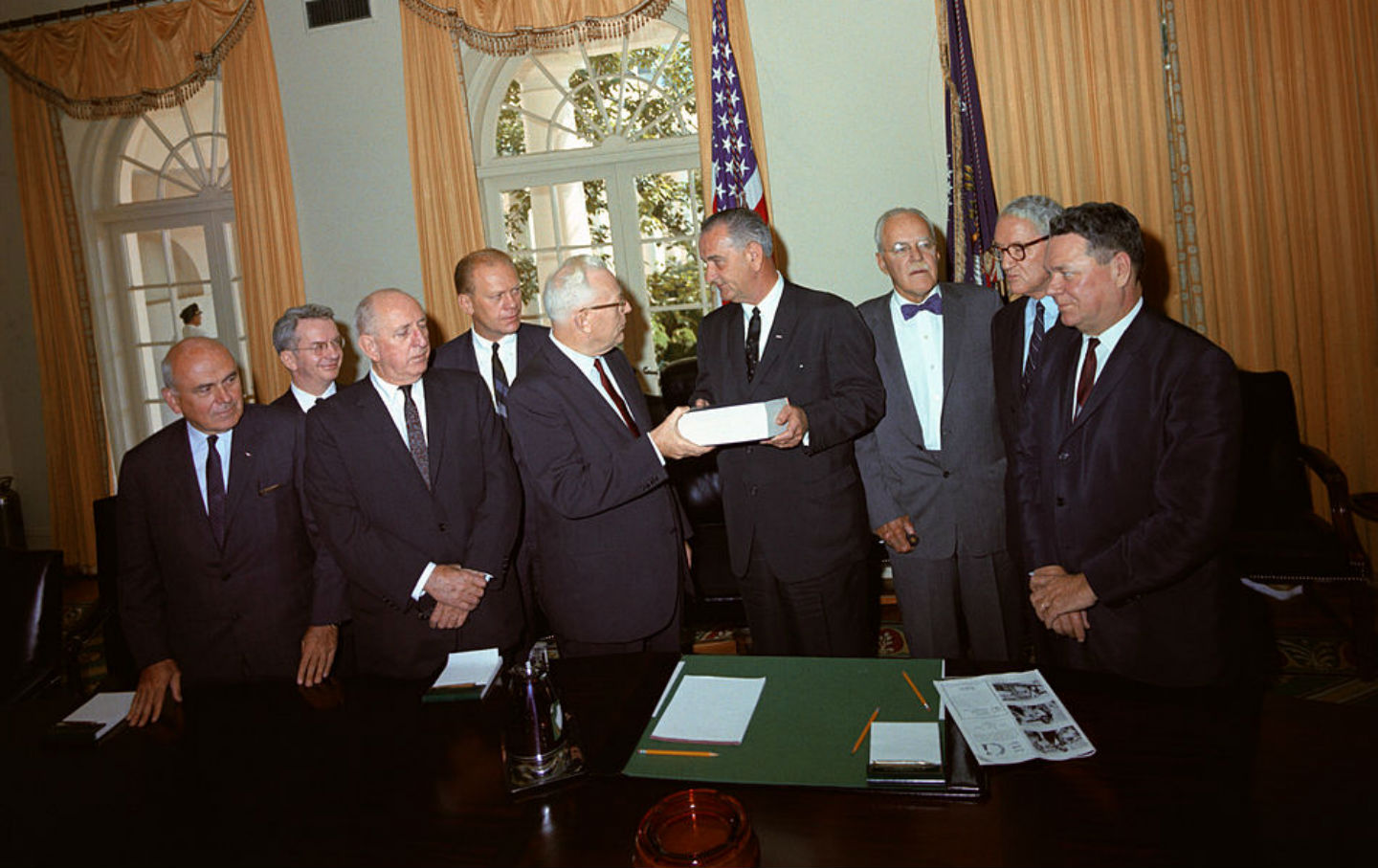 The Nation has published a lot about the assassination of John F. Kennedy since November of 1963, and it will surely publish more in the future. Some of what it has published offer conflicting accounts of what transpired on that day. But when the Warren Commission’s final report was delivered on this day in 1964, The Nation was satisfied with the results and heralded it with a piece by Stanford University law professor Herbert Packer titled, “The Warren Report: The Measure of the Achievement.” Packer’s assumption that the Warren Commission would silence critics, or at least force them to start over with a reconstruction of what took place, hasn’t quite come to pass.

The Warren Commission has admirably fulfilled its central objective by producing an account of the circumstances under which President Kennedy was assassinated that is adequate to satisfy all reasonable doubts about the immediate, essential facts. We now know as much as we are ever likely to know about what happened in Dallas. Why it happened remains, perhaps forever, obscure. If there are minor flaws in the report…they are thrown into shadow by the conscientious and at times brilliant job that the commission has done. Only those who for whatever reasons of personal or political myopia cannot bring themselves to face reality will continue to think that the tragedy was proximately the work of more than one man and therefore ultimately the outcome of a conspiracy. The fantasts will continue to differ about whose conspiracy it was—Texas oil millionaires or Kremlin operatives—but their central premise will continue to hold. The important difference is that now the supposed factual basis for their premise, as well as for more reasoned doubts about what appeared to be the truth, has been dissolved.…

The verdict of history will be a long time coming. We have not seen the end of this affair. What the Warren Commission has done is to refute or render irrelevant the speculations of those who, out of whatever aberrant needs, still refuse to believe that Oswald, Ruby and the Dallas authorities were what they appear to be and not something more sinister. Most of those who on that fatal day leaped to a conclusion about who in Dallas would kill John F. Kennedy have since accepted or will now accept their disappointment. The die-hard revisionists now must start over again. That is the measure of the commission’s achievement, and it is no mean one.