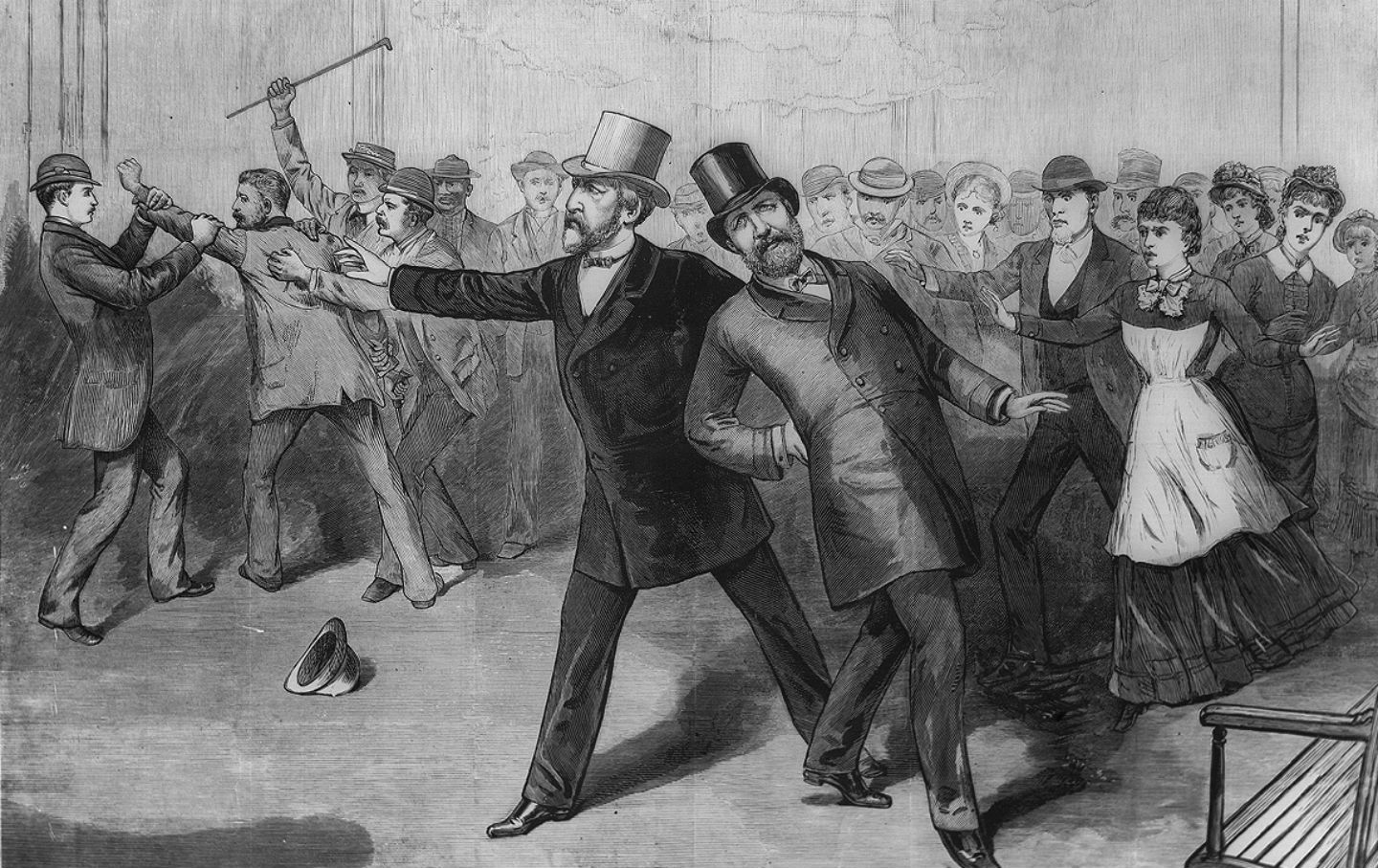 An engraving of Garfield collapsing after being shot as Secretary of State Blaine gestures for help. (Wikimedia Commons)

Only a few months into his term as president, James Garfield was shot at a train station in Washington, DC. He survived for several months before finally dying on this day in 1881. The Nation, founded only a few weeks after the first assassination of an American president, that of Abraham Lincoln in April 1865, wrote about the outpouring of sympathy for Garfield in the previous few months, and predicted that he would live on as an American martyr. One of the shortest-serving presidents in American history, Garfield is largely forgotten today.

President Garfield’s death has been so long expected, and has twice already seemed even to the doctors so very near, that there has been no shock of surprise in it. It would have seemed very terrible if it had followed close on the assassin’s shot, as Lincoln’s did. Since then his prolonged struggle for life and the patience and heroism with which he bore it have excited an interest so pathetic that neither political anger nor alarm had any place in it. During the greater part of his illness people almost forgot that he was either a President or a statesman in the sympathy and admiration excited by the manly and simple way in which he met a very cruel fate. The popular imagination was touched in an unusual degree by the circumstances of his career. It was universally recognized as a typically American career. He had risen from nothing to various high places, had filled them all adequately, and without either self-distrust or undue elation….

No observer of public opinion during the last three months can have failed to be struck, too, with what may be called the retrospective action of the popular sorrow. It not simply clothed President Garfield with every kind of brilliant and consoling promise for the future, but it credited him with all the performance in the past which the most partial affection could have desired for him. People were unconsciously determined that he should not only be thereafter worthy of their love, but that there should be no day in his past career when he had not fully deserved it. His assassination, in fact, made him the martyr of a cause which we believe, had he lived, he would have served faithfully, but towards which his attitude in the first months of his administration had been disappointing.

He will now always remain one of the saints of American story, without a spot on the whiteness of his garments, one of the few Presidents who have left the White House amid universal reverence and regret.