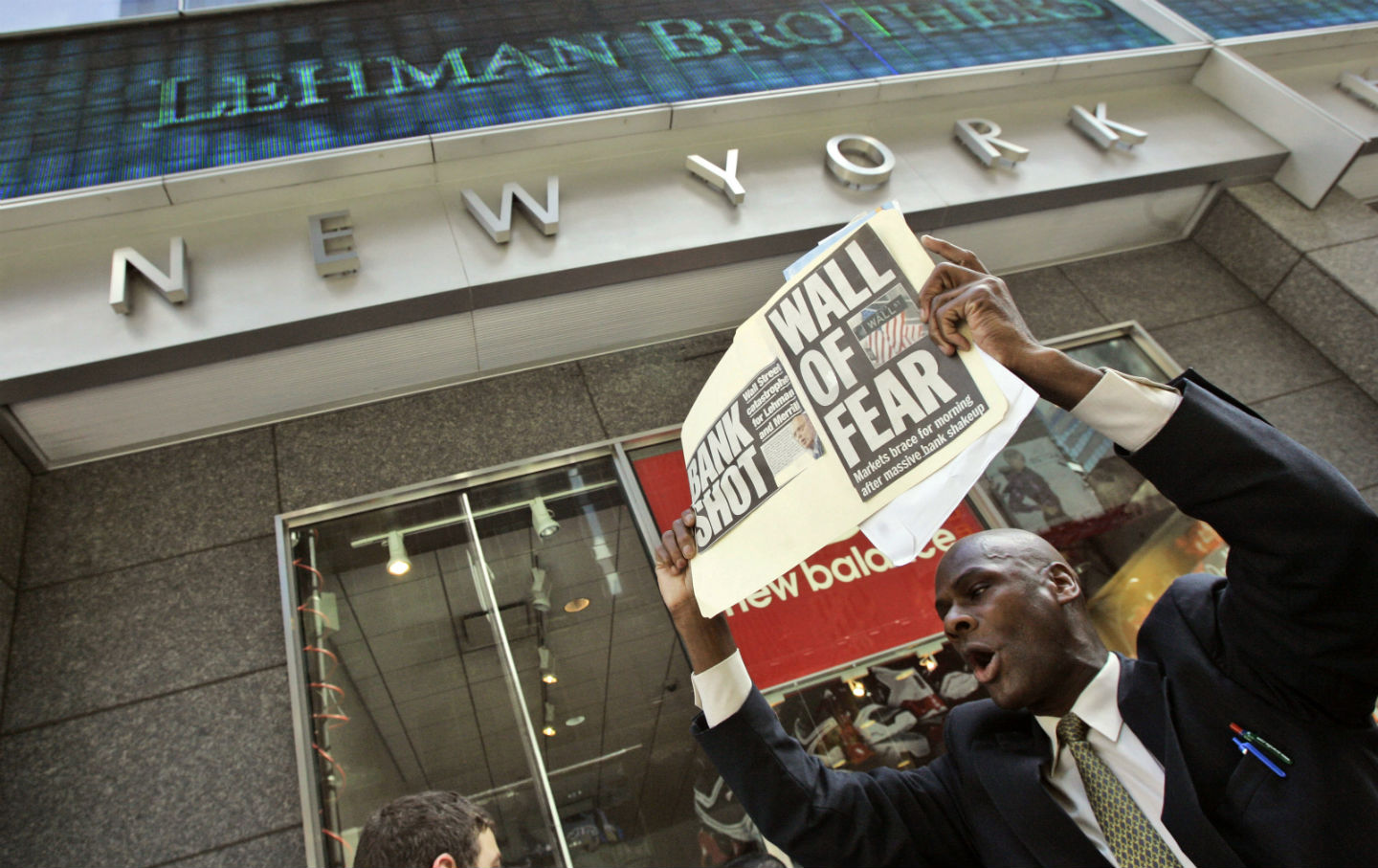 A man demonstrates outside the Lehman Brothers headquarters in New York after the bank filed for Chapter 11 protection. (AP Photo)

After the collapse of Lehman Brothers on this day in 2008, a lot of publications woke up to the danger posed to the American economy by mortgage-baked securities and other toxic derivatives. The Nation, as it happens, was on the story as early as 2002, when the journalist Bobbi Murray wrote about them in a piece titled “Wall Street’s Soiled Hands.”

The capital unscrupulously pumped from poor neighborhoods by way of predatory loans whizzes along a high-speed financial pipeline to Wall Street to be used for investment. “It’s about creating debt that can be turned into bonds that can be sold to customers on Wall Street,” explains Irv Ackelsberg, an attorney with Community Legal Services in Philadelphia who has been defending clients against foreclosure and working to restructure onerous loans for twenty-five years. Household-name companies like Lehman Brothers, Prudential and First Union are involved in managing the process of bundling loans—including subprime and predatory—into mortgage-backed securities. They often provide the initial cash to make the loans, find banks to act as trustees, pull together the layers of financial and insurance institutions, and create the “special vehicles”—shades of Enron—that shield investors from risk.…

It becomes a complex matrix of financial operations designed to generate capital and minimize risk for Wall Street with the unwitting help of borrowers. “This whole business is about providing triple-A bonds to funds that you or I would invest in,” says Ackelsberg. “The poor are being used to produce this debt—what you have is a glorified money-laundering scheme.”