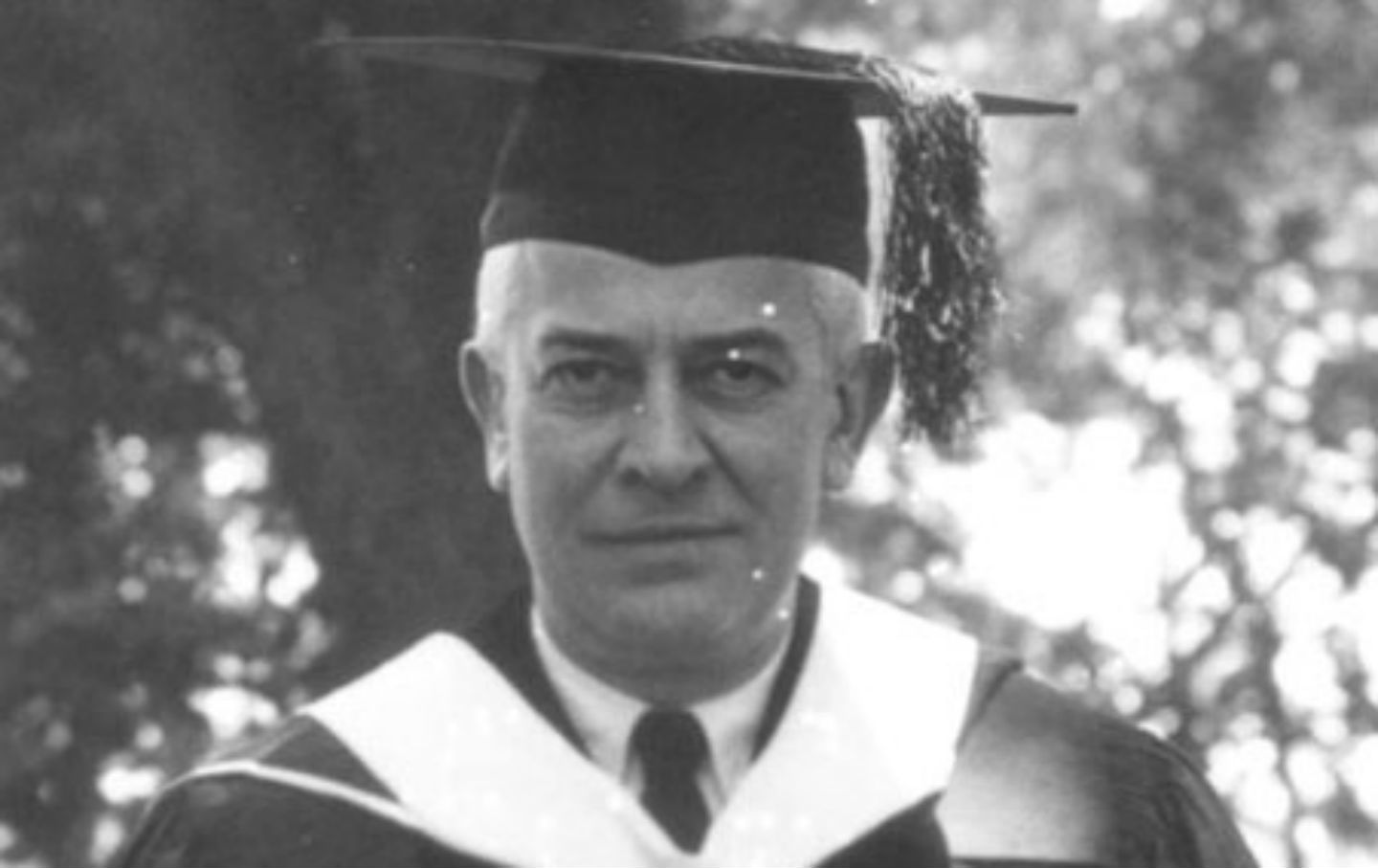 Carl Van Doren, of the great family of Nation literary editors and scholars of literature, was born on this day in 1885. In 1924, The Nation asked him to participate in a series it ran of critics critiquing themselves. Van Doren’s is simply charming.

Without being clever or notably astute, Carl Van Doren has always been lucky. Ten years ago, when he set out to become a specialist in American literature, he seemed to many of his friends to be cutting off his future with an ignorant if not with a deliberate knife, much as if he were some improvident youth who had vowed, against all advice, to court Cinderella while she still huddled among her cinders. Then came the sudden prosperity of Cinderella. New poets began to step forth on every bough and sing; new novelists discovered that honesty is a good policy in their trade; new critics lifted powerful and not entirely untrained voices which were heard in circles heretofore quite innocent of such exciting sounds; even new dramatists wriggled in the womb of eternity. Commentators and interpreters being called for, Mr. Van Doren became one of them, and has ever since busily made hay under the unanticipated sun. Rather an historian, strictly speaking, than a critic, Mr. Van Doren is bold enough where history is in question. He has labored untiringly to dig the weeds out of the annals of American fiction; he was nearly the first to lift a voice in the revival of Herman Melville; among his contemporaries he reaches a probably too eager hand to many if not to all kinds of excellence, in something like the spirit of a radical historian quick to welcome new materials to the record.… Though no longer given so much as formerly to minute research, he still insists that his usefulness, if he has any, must be based upon the opportunity which he affords for unprofessional readers, with his professional help, to make up their own minds about the authors whom he interprets.