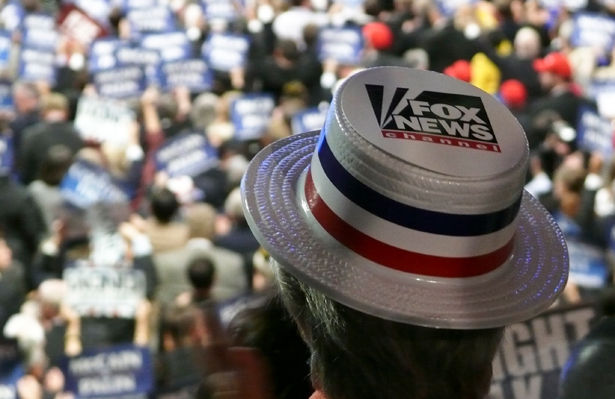 Writers Zoë Heller and Leslie Jamison took on the “sentimentality taboo” in last week’s New York Times Book Review. They were talking about sentimentality and its critics in literature, from Flaubert to Nabokov, but what they said applies to all forms of media. Sentimentality, often with no taboo in sight, courses through political ads, cat videos, the human interest bits that close the nightly news (like NBC’s “Making a Difference”), social media swarms, cable dramas (like, for me, Masters of Sex); and, of course, tabloid journalism. At Fox News, the saccharine accompanies the acid, as in its never-ending narrative of the brave individual who battles, or at least complains about, the liberal tyranny.

But Jamieson argues persuasively against dismissing sentimentality out of hand. A school counselor once told her that her college essay about a young girl with cancer was too soppy for Harvard’s taste:

The fear of being too sentimental—writing or even liking sentimental work—shadowed the next decade of my life. The fear was so ingrained in me it became difficult to tell where outside voices ended and internal ones began. But the whole time I wasn’t entirely sure what I was afraid of: What was the difference between a sentimental story and a courageously emotive one? We dismiss sentimentality so fully—so instinctively—that we no longer bother justifying the dismissal, or mapping its edges. But it’s a useful question: What kind of failure does sentimentality represent? How can it be judged?

Resisting sentimentality means resisting exaggeration and oversimplification; it means resisting flat tragedy and crude emotional manipulation—the cheapening of feeling, the pulling of heartstrings. But I would argue that one of the deep unspoken fears beneath the sentimentality taboo is really the fear of commonality: the fear of being just like everyone else or telling a story just like everyone else’s.

This made me think of Fox and how some of us, myself included, may too easily dismiss its audience because we detest its politics:

But many sentimental narratives have been deeply moving to many people, and it’s worth thinking about the things that make them compelling: their emotional intensity, their sense of stakes and values and feeling and friction, their investment in primal truths and predicaments—yes, common; yes, shared. Sentimentality is simply emotion shying away from its own full implications. Behind every sentimental narrative there’s the possibility of another one—more richly realized, more faithful to the fine grain and contradictions of human experience.