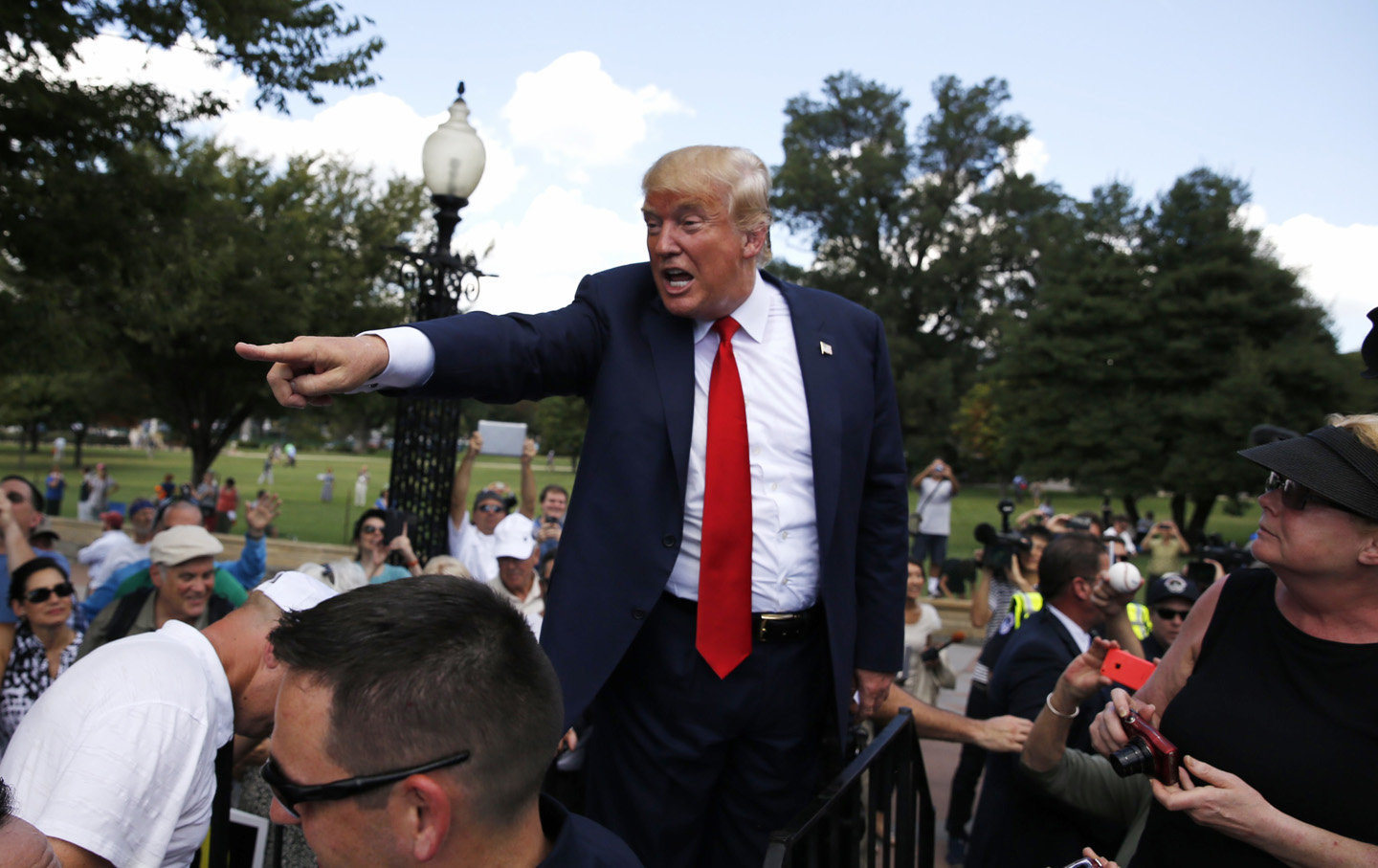 The essential mystery of American politics is this: How is it that the Republicans have succeeded in laying the groundwork for long-term dominance at the very moment they have allowed their party to be captured by an irrational, irredentist faction with virtually no concern for public opinion, honest governance, or even empirical reality?

Beginning next year, Republicans will control not only the House and Senate but also 60 percent of state governorships and nearly 70 percent of partisan state legislatures, their strongest position ever. At the same time, the party is being led by a group of people with politics so extreme and explanations so silly—and often transparently dishonest—that one cannot help but question their sanity. Can Donald Trump really believe that Barack Obama was born in Kenya and that virtually all undocumented immigrants are potential rapists and murderers? Can Ben Carson truly consider Obamacare on a par with slavery? And which answer would be more comforting: shameless liar or lunatic fantasist?

The mainstream media’s coverage of every Republican debate so far has subordinated reality to fantasy.

And yet The Washington Post recently reported on a “growing anxiety bordering on panic among Republican elites about the dominance and durability” of Trump and Carson and “widespread bewilderment over how to defeat them.” The story quoted an unnamed strategist who worried, “We’re potentially careening down this road of nominating somebody who frankly isn’t fit to be president in terms of the basic ability and temperament to do the job.… It’s not just that it could be somebody Hillary could destroy electorally, but what if Hillary hits a banana peel and this person becomes president?” What the story did not explain—and what most members of the punditocracy appear intent on denying—is that this same disease has infected the entire Republican field. In the hopes of appealing to angry, ill-informed, and xenophobic primary voters, Ted Cruz, Marco Rubio, Jeb Bush, and Carly Fiorina are all adopting positions that are not only beyond the boundaries of the beliefs of the vast majority of Americans, but also contrary to the laws of physics, economics, and, of course, common sense.

The causes are multifaceted and mutually reinforcing. Most obvious is the power of money in a post–Citizens United world. Billionaires like the Koch brothers, Sheldon Adelson, Rupert Murdoch, and Paul Singer defend their fortunes and positions by investing in a massive infrastructure designed to purvey misinformation and mask the extremism of Republican candidates who spout it. A combination of housing patterns (often enforced by officially sanctioned segregation) and aggressive gerrymandering by Republican state legislatures stacks the deck against Democratic voters, who are profoundly underrepresented at the state and federal levels.

The Democrats are also at fault. By failing to present a class-based appeal to Americans besieged by a pitiless global capitalism, they’ve allowed themselves to be defined as elitist snobs who view the everyday struggles of working-class Americans—especially white males—with contempt. At the same time, they have failed to protect vulnerable minorities from the consequences of the rage and fear felt by this class—manifested most obviously in oppressive patterns of policing that victimize people of color, impoverishing their families, weakening their communities, and ensuring their lifelong alienation from mainstream society.

Liberals like yours truly spend a lot of time obsessing over Fox News and talk-radio. But no less a significant factor in the success of the irredentists has been the willingness of so many members of the mainstream media to run interference for—and therefore legitimize—the same dangerous nonsense in the guise of allegedly objective reporting. The mainstream media’s coverage of every Republican debate so far has had the effect of subordinating reality to fantasy. Jonathan Martin’s front-page New York Times report on the most recent debate deemed that fib-fest to be a “robust seminar on the issues.” In an article devoted to the lies dominating the election cycle, the Times’s Michael Barbaro could not bring himself to go further than to say that Carson “harshly turned the questions” about inconsistencies in his life story “back on the reporters who asked them,” and that Fiorina “refused” to back down from a story about Planned Parenthood that was “roundly disputed.” And in what read like a parody of the idiotic “both sides do it” meme, Barbaro equated all this with the fact that Hillary Clinton once described herself as being the granddaughter of four immigrants when, in fact, one was born shortly after her family arrived in the United States—something she quickly corrected. Beyond that, he found a few (largely personal) fibs from Democrats who ran for president in the late 1980s and ’90s, as if these were somehow equivalent to the lies that Republican candidates are telling today. (Barbaro also appeared unimpressed with Clinton’s explanations about her e-mail accounts, as though these might qualify as lies.)

Damon Linker, the former editor of the theocon magazine First Things, recently issued this challenge to his “conservative intellectual” friends: How could any “well-read man or woman, regardless of ideological commitments,” observe the “unprovoked and petty anti-intellectualism…nonsensical, conspiratorial musings…xenophobic promises,” and “dumpsters full of dubious assertions” that characterized the Republicans’ recent debate “and not come away disgusted”? No doubt many Republicans are privately wondering the same thing. And yet it works: The crazier these guys sound, the more popular they become.

Friday evening, just as news of the Paris attacks was coming through, I saw an Off Broadway revival of Arthur Miller’s Incident at Vichy. One character mused, “You get tired of believing the truth. You get tired of seeing things clearly.” He was talking about a far more disturbing historical moment (and an entirely different political context), but even so, I understood what he meant.