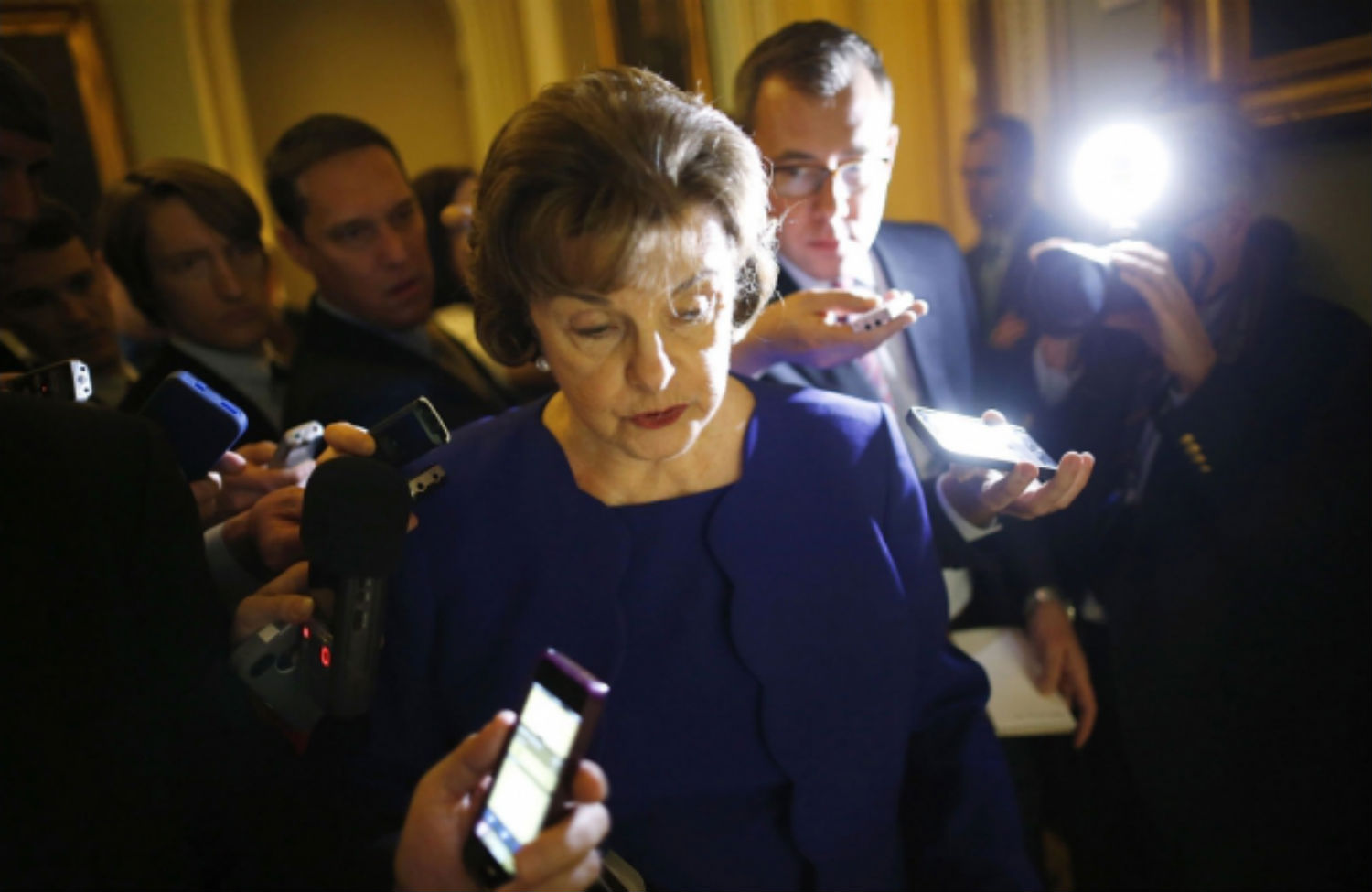 Senator Dianne Feinstein at the US Capitol (Reuters/Jonathan Ernst)

The release of a long-delayed investigation into the Central Intelligence Agency’s post-9/11 interrogation methods was held up yet again on Tuesday after the chair of the Senate Intelligence Committee objected to the amount of information that had been censored by the Obama administration.

“I have concluded that the redactions eliminate or obscure key facts that support the report’s findings and conclusions,” Dianne Feinstein said Tuesday in a statement announcing her decision to delay publication of portions of the report, which was assembled by her committee. Feinstein said she had written a letter to the White House detailing which redactions she felt were heavy handed.

The administration blacklined 15 percent of the executive summary, and went so far as to redact pseudonyms that the committee had created specifically to protect the names of CIA officers involved in interrogations. The administration also reportedly redacted crucial information that refutes claims about the value of information obtained through brutal interrogations, which the CIA has made to justify its tactics.

“Try reading a novel with fifteen percent of the words blacked out. It can’t be done properly,” Intelligence Committee member Martin Heinrich explained in his own statement.

Other members of the committee were swift to condemn the redactions. Carl Levin called them “totally unacceptable” and said that in reviewing the document he “saw multiple instances where CIA proposes to redact information that has already been publicly disclosed.” Mark Udall, a Colorado Democrat, decried the CIA’s redactions as “excessive” and suggested they were intended “to cover up acts that could embarrass the agency.”

The censorship is the latest in a series of inappropriate attempts by the CIA to smother the report, which is expected to show that torture was more prevalent and cruel than previously acknowledged, and much less effective at gathering intelligence than proponents of so-called enhanced interrogation claim. CIA officers not only hacked into Senate computers and spied on committee staffers preparing the report; they also filed a criminal report with the Justice Department on the staffers that had no factual basis. (Keep in mind that it’s the Intelligence Committee that oversees the CIA, according to the Constitution, not the other way around.) Then, after the committee voted to declassify the report—on a bipartisan basis—CIA director John Brennan began working with the very same people who oversaw the torture program during the George W. Bush administration to craft the agency’s response.

Even more egregious than the CIA’s attempts to keep its recent history in the shadows is the Obama administration’s complicity. The White House allowed the CIA to wield the black pen on a report that exposes its own misconduct and falsehoods. Obama has so far defended Brennan, who presided over the CIA’s unconstitutional attempts to thwart the Intelligence Committee’s work and yet denied outright that any such activity was taking place until an inspector general report forced him to apologize. Brennan is either an incompetent director or a liar; yet Obama claimed on Friday to have “full confidence” in him.

The administration has reacted coolly to the most recent accusations of censorship. Spokesman Josh Earnest assured reporters that the CIA left 85 percent of the executive summary legible—a numerical contortion that glosses over the fact that the 480-page executive summary is already a very small portion of the 6,600-page report, which will remain classified.

“We tortured some folks,” Obama acknowledged on Friday. “And we have to, as a country, take responsibility for that so that, hopefully, we don’t do it again in the future.” The CIA’s conduct in response to the Senate report is a crystal clear indicator that hoping for the agency to do the right thing is not simply naïve but flagrantly irresponsible. If the president is content to grant the CIA immunity for its current flouting of the law and the separation of powers, as well as for the torture it meted out in the recent past, there’s nothing to keep an executive with fewer scruples from reopening a chapter that the public hasn’t even been allowed to read.