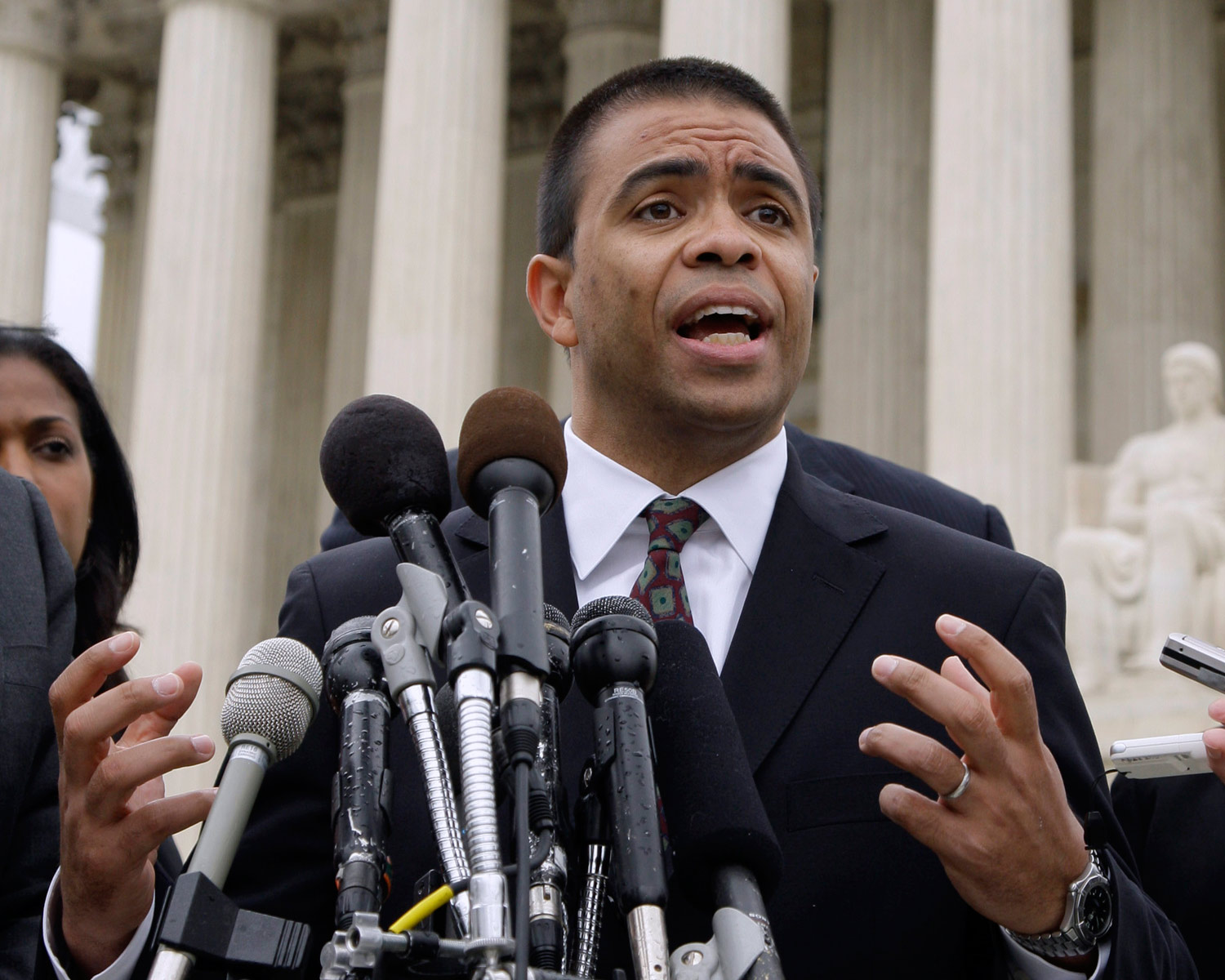 It was a promising sign last November when the Obama administration nominated Debo Adegbile, one of the country’s most respected civil rights lawyers, to head the Justice Department’s civil rights division. Adegbile spent twelve years at the NAACP’s Legal Defense and Educational Fund (LDF), where he skillfully litigated a wide range of civil rights issues, including twice defending the Voting Rights Act before the Supreme Court. He was endorsed by prominent lawyers on both sides of the aisle, including Paul Clement, the former solicitor general under George W. Bush. His experience would have been a vital asset, especially as the Justice Department navigates the fallout from the Court’s decision last June gutting a key section of the VRA.

Instead, Adegbile’s nomination suffered an unceremonious defeat on March 5, when seven Democrats joined with every Republican senator to sink him. Adegbile was the victim of a vicious smear campaign, attacked because the LDF had challenged the death sentence of Mumia Abu-Jamal on the grounds of improper jury selection. The US Court of Appeals sided with the LDF twice, commuting Abu-Jamal’s sentence to life without parole in 2012. But despite Adegbile’s limited involvement in the case, and the LDF’s success in court, his name and the words “cop killer” were plastered across the right-wing blogosphere and on Fox News. An aggressive lobbying campaign by the Fraternal Order of Police, aided by Pennsylvania Senator Pat Toomey, convinced skittish red-state Democrats as well as two in the Philadelphia media market—Pennsylvania’s Bob Casey and Delaware’s Chris Coons—to join with Republicans in torpedoing Adegbile.

His defeat sets a number of dangerous precedents. The first is the assumption that lawyers can be considered responsible for the actions of their clients. A bedrock principle of the American legal system—that everyone is entitled to a fair trial, including legal representation—was turned on its head in the attack on Adegbile. He also suffered from a brazen double standard. While in private practice, John Roberts worked pro bono to defend a Florida man convicted of murdering eight people, but that didn’t stop the Senate from confirming him as chief justice. Senator Tom Harkin suggested that the reason is because Roberts is white and Adegbile is black (his father is Nigerian and his mother is Irish). Whether or not race was a factor, race-based politics certainly was. His civil rights advocacy, in the eyes of many GOP senators, made him a liability to head the civil rights division. So an oil industry lobbyist can become interior secretary (Gale Norton) and an anti-union activist can become labor secretary (Elaine Chao), but apparently a civil rights lawyer cannot become head of the civil rights division.

Although it was created under Dwight Eisenhower, a Republican, conservatives have been trying to weaken the civil rights division ever since the Nixon years. The Bush administration stacked it with ideologues who overruled and purged career lawyers. Adegbile’s expertise, especially on voting rights, led GOP senators to oppose him at a time when Republicans are passing new voting restrictions across the country. As majority leader Harry Reid said of his Republican colleagues, “They don’t want people to vote.”

The Senate blocked Adegbile the same week that the country observed the forty-ninth anniversary of “Bloody Sunday,” when Alabama state troopers brutally beat voting rights activists attempting to march from Selma to Montgomery. We’ve come a long way on civil rights, but the defeat of Adegbile shows that we still have a long way to go.