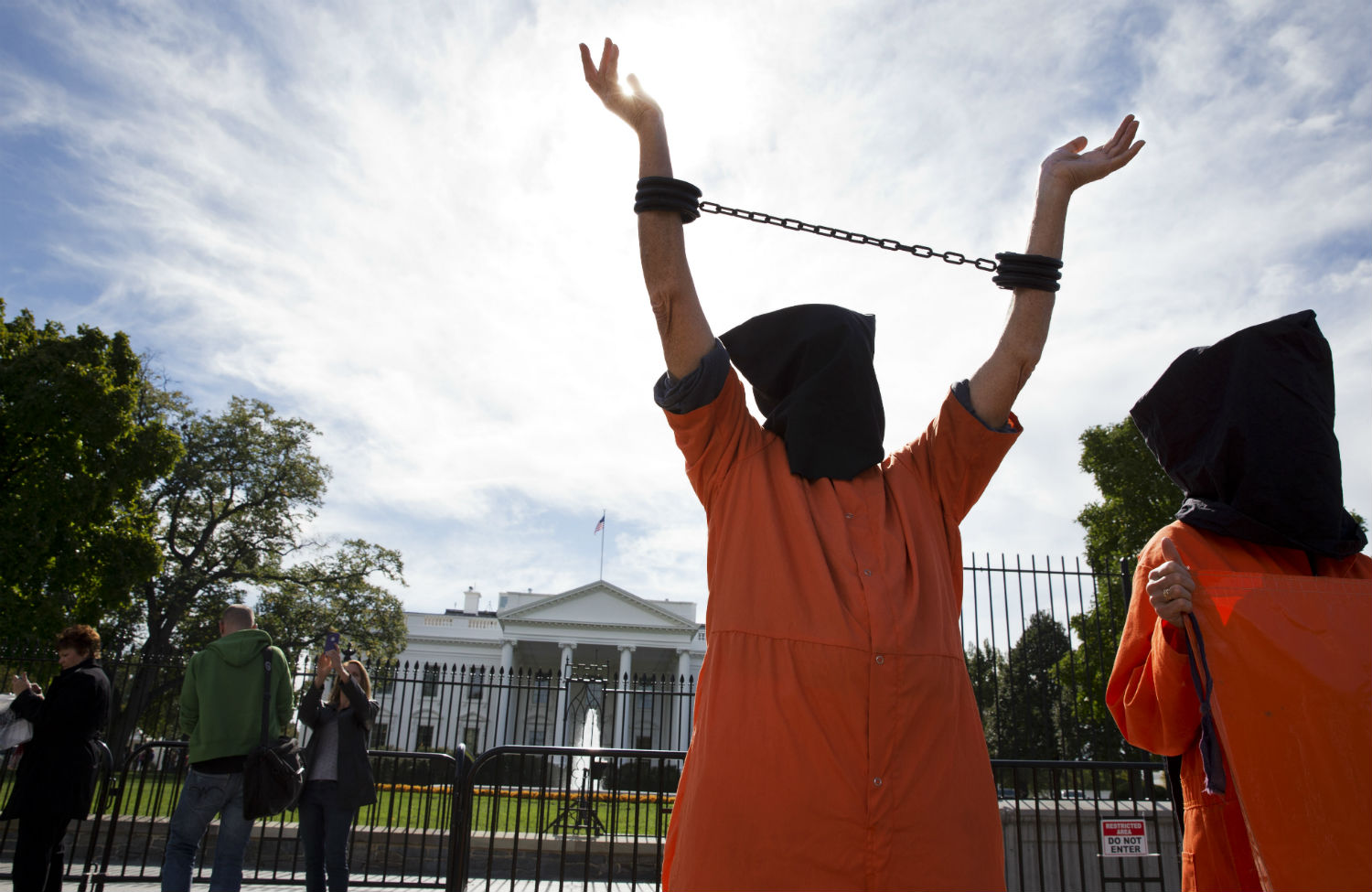 The Senate Select Committee on Intelligence finally released its extensive report on torture methods employed by the Central Intelligence Agency following the September 11, 2001, terrorist attacks. The full report paints a damning picture of an out-of-control program that was much less effective and far more brutal than previously known.

There are many important corollary issues to deal with involving this report and the CIA’s torture program more broadly: why no prosecutions will be forthcoming, and why the report didn’t focus on policy decisions by the Bush administration.

But for today, the report offers a monumental accounting of just how bad things got at the CIA. The unassailable conclusion one reaches after 500 pages: the United States brutally tortured detainees in the years after September 11. The intelligence community didn’t get any actionable information from it, and they lied to nearly everyone about what was going on.

Here are the essential findings.

CIA torture was extremely brutal. We knew that CIA interrogators used waterboarding, sleep deprivation and some physical abuse against detainees, but the SSCI report details horrific methods that go far beyond that—describing techniques that at times troubled even the people charged with carrying out interrogations.

CIA personnel would routinely keep detainees awake for inhuman amounts of time—“up to 180 hours, usually standing or in stress positions, at times with their hands shackled above their heads,” the report said.

The sleep deprivation and forced standing was the worst at a CIA site codenamed COBALT in the report, which analysts agree is the infamous “Salt Pit” prison in Afghanistan. At one point, the CIA’s chief of interrogations there described it as a literal dungeon:

One detainee died at COBALT while shackled to a wall, a previously reported death the report sheds more light on:

Other abuses detailed by the report:

The report tells the story of Abu Zubaydah at length. He is a Saudi arrested in Pakistan in 2002 who is still being held at Guantánamo Bay.

Once he was transferred to CIA custody, Zubaydah was placed in an extremely disorienting all-white room with four bright halogen lights pointed at him twenty-four hours a day. He was shackled while loud music played non-stop. CIA officers “wore all black uniforms, including boots, gloves, balaclavas, and goggles to keep Abu Zubaydah from identifying the officers, as well as to prevent Abu Zubaydah ‘from seeing the security guards as individuals who he may attempt to establish a relationship or dialogue with,’” the report says. Things got worse from there.

He first spent forty-seven days in isolation without being questioned, during which time the CIA was telling other members of George W. Bush’s national-security apparatus that Zubaydah had stopped cooperating—a claim they would later repeat publicly. (More on this brand of deception later.) Though that wasn’t true, the CIA claimed it had to come up with some “enhanced interrogation” to get him to cooperate.

Over the course of twenty days, ending on August 20, 2002, the enhanced interrogation began. What is described in the report is otherwise known as torture. Zubaydah was waterboarded two to four times per day, according to the report, “with multiple iterations of the watering cycle during each application.”

When he was alone during these twenty days, he was often left strapped into the waterboard with a cloth over his face, unaware of when the next round would begin. At other times, he was locked in one of two coffins that CIA staff placed in the room; one was a standard-sized coffin while the other was only 2.5 feet high and deep, and less than two feet wide. Over that time, Zubaydah “spent a total of 266 hours (11 days, 2 hours) in the large (coffin size) confinement box and 29 hours in a small confinement box.”

According to the cables reviewed by the Senate investigators, Zubaydah frequently “cried,” “begged,” “pleaded” and “whimpered.” At times, Zubaydah was described as “hysterical” and “distressed to the level that he was unable to effectively communicate.”

The report also confirms a previously reported fact: that Zubaydah nearly died during one waterboarding session, and that the CIA later destroyed videotapes of the incident.

The torture took a toll on CIA staff present, according to the report:

The torture wasn’t effective. If there’s one sentence to take away from the report, it’s this: “the use of the CIA’s enhanced interrogation techniques was not an effective means of obtaining accurate information or gaining detainee cooperation.” The report found literally not one instance where torture led to a useful piece of information that couldn’t have been otherwise obtained by routine interrogation. This undercuts virtually every defense made by Bush officials of the CIA program.

The committee examined cases where the CIA claimed torture worked, but none of it flew with investigators. “The Committee reviewed twenty of the most frequent and prominent examples of purported counterterrorism successes that the CIA has attributed to the use of its enhanced interrogation techniques, and found them to be wrong in fundamental respects,” the report said.

Turning back to Abu Zubaydah is once again instructive. He never turned out to have any unique information on pending terror plots in the United States.

That’s not to say he didn’t have information about other people involved in plots against the United States, and things that happened in the past—but materials obtained by the Senate investigators reveal how Zubaydah was willingly giving FBI agents this information under no duress while he was in the hospital recovering from gunshot wounds that occurred during his capture.

The FBI agent working with Zubaydah wrote in an e-mail how surprised he was that the CIA later took over the interrogation entirely, with no discussion:

Not long after that e-mail was written, the CIA had total control over Zubaydah, and the torture began and resulted in no further useful information.

The CIA was lying—to everybody. The report describes at length how many different people and entities the CIA misled about what kind of torture it was practicing and how effective it was. (Or wasn’t.)

The CIA lied to other agencies within the Bush administration. The report said that, “[i]n providing the ‘effectiveness’ examples to policymakers, the Department of Justice, and others, the CIA consistently omitted the significant amount of relevant intelligence obtained from sources other than CIA detainees who had been subjected to the CIA’s enhanced interrogation techniques—leaving the false impression the CIA was acquiring unique information from the use of the techniques.”

The report also says that, at the direction of the White House, the secretaries of state and defense “were not briefed on program specifics.” An internal CIA e-mail from July 2003 included in the report noted that “the WH [White House] is extremely concerned [Secretary] Powell would blow his stack if he were to be briefed on what’s been going on.”

The report even says that Bush and Vice President Cheney were not briefed on the location of certain methods or black sites. While (perhaps) this is narrowly true, it may elide larger questions of how much the high-up principals really knew (or wanted to know).

The CIA also lied to Congress; the report discloses e-mails between CIA staffers who planned to stonewall requests from then–Intelligence Committee chair Bob Graham until he was out of office, for example. When the CIA torture program went public in 2006 thanks to a New York Times report, the CIA briefed Congress—and lied then too: “Briefings to the full Committee beginning on September 6, 2006, also contained numerous inaccuracies, including inaccurate descriptions of how interrogation techniques were applied and what information was obtained from CIA detainees.”

The media was also the target of explicit CIA deception, with selected leaks to high-profile reporters aimed at pre-shaping the narrative on torture. One internal CIA e-mail noted that “when the [Washington Post]/[New York T]imes quotes ‘senior intelligence official,’ it’s us.” The report found that “[m]uch of the information the CIA provided to the media on the operation of the CIA’s Detention and Interrogation Program and the effectiveness of its enhanced interrogation techniques was inaccurate and was similar to the inaccurate information provided by the CIA to the Congress, the Department of Justice, and the White House.”