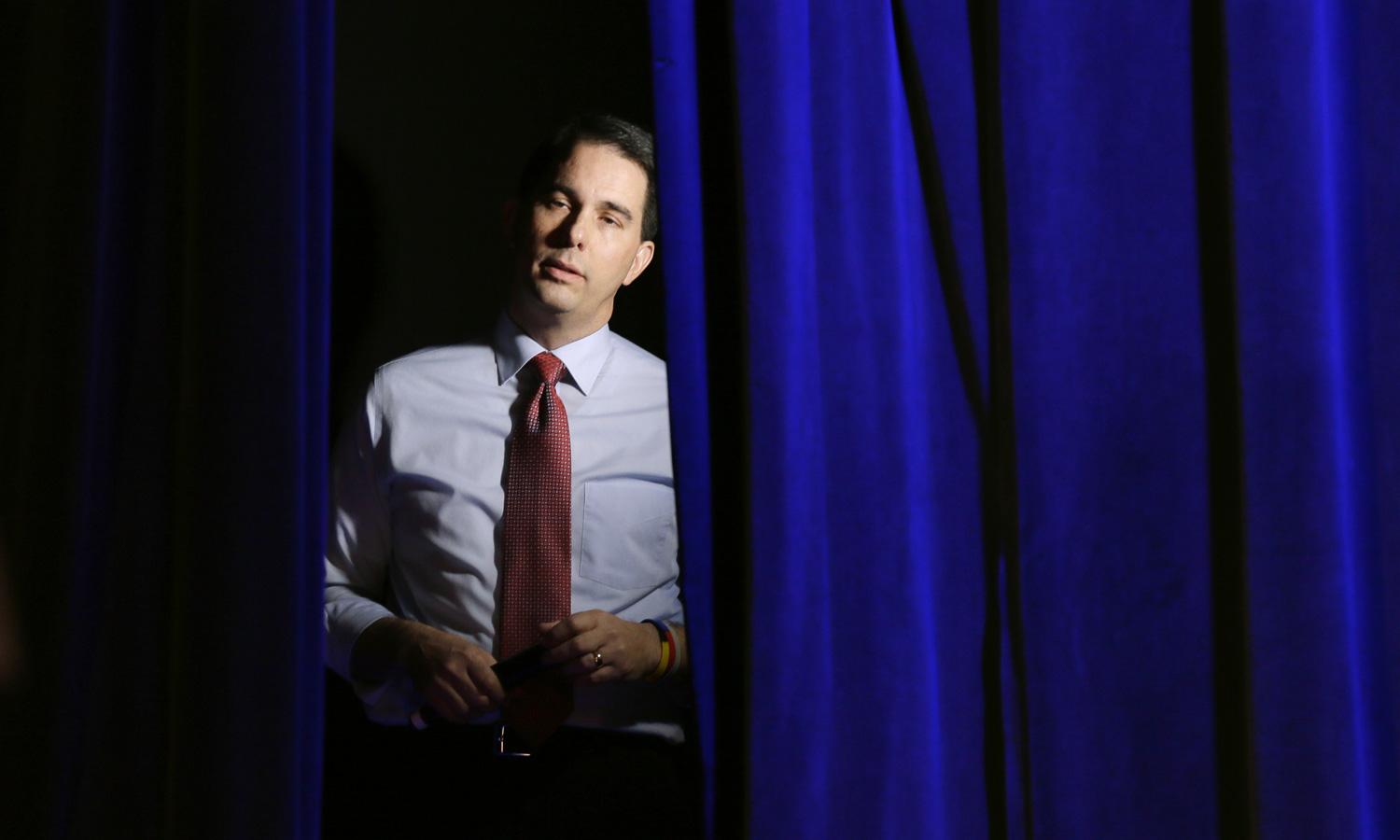 UPDATE (2-3-15) 5:30 pm: Facing sharp criticism for proposing to abandon the University of Wisconsin’s public-service mission statement, as outlined in state statutes, Wisconsin Governor Scott Walker on Wednesday afternoon abruptly dropped the plan. Criticized for attacking the Wisconsin Idea and the state’s historic commitment to academic inquiry, the all-but-announced 2016 presidential candidate shifted course less than twenty-four hours after making his proposal, which came as part of a broader assault on higher education funding. Walker claimed the line-by-line proposal for changing the statutes was a “drafting error.” The following article provides background and context regarding the prospective presidential candidate’s stumble.

Americans have returned to the question of whether the Republican Party has launched a “war on science”—as 2016 presidential prospects Chris Christie and Rand Paul have abandoned public-health imperatives in order to feed skepticism about whether children should be vaccinated against infectious diseases.

But Wisconsin Governor Scott Walker has trumped his fellow 2016 contenders.

Walker is launching a war on the truth.

As part of a broader attempt to diminish the state’s support for, and ties to, the University of Wisconsin System, Walker wants to strike “Wisconsin Idea” language from state statutes—including references to public service and a commitment to “search for truth.”

The Wisconsin Idea, which is much discussed but not always so much understood in the present day, has always been always been about seeking the truth, and about applying the results of that search not just to curriculum choices but to the policies and programs of the state.

The statutes of the state of Wisconsin detail a vision of the role of the University of Wisconsin rooted in this Wisconsin Idea, which holds that the mission of the UW is both to educate students and to provide information and ideas to solve the challenges facing the state and its citizens. Outlined more than a century ago in the language of longtime University of Wisconsin President Charles Van Hise, Governor Robert M. La Follette and their progressive allies, the Wisconsin Idea has always held that “the boundaries of the university are the boundaries of the state.”

What this meant, practically, was that when farmers faced a challenge, UW professors did research to help them address it. When city officials were looking to improve sanitation, UW professors provided assistance. When state and local officials were looking to assure that elections were fair and functional, UW professors analyzed and responded to proposals. And when new technologies developed, such as radio and television, the UW utilized them to spread knowledge and ideas to Wisconsinites who might never set foot on a campus. (Notably, Walker’s budget also proposes cuts to Wisconsin Public Radio and Wisconsin Public Television.)

The Wisconsin Idea has always held that democracy requires an informed and engaged citizenry, and that academics and researchers should pursue the truth in order to serve that citizenry.

For decades, this vision has been detailed in the Wisconsin Statutes that reference the UW System. “The mission of the system is to develop human resources, to discover and disseminate knowledge, to extend knowledge and its application beyond the boundaries of its campuses and to serve and stimulate society by developing in students heightened intellectual, cultural and humane sensitivities, scientific, professional and technological expertise and a sense of purpose,” the statutes explain. “Inherent in this broad mission are methods of instruction, research, extended training and public service designed to educate people and improve the human condition. Basic to every purpose of the system is the search for truth.”

With his presentation Tuesday night of a new state budget plan that will also serve as a touchstone for his presidential campaign, Governor Walker proposed to cut $300 million in higher-education funding as part of plan to remake the UW System as a “public authority” with “increased flexibilities.” In legislative documents outlining how the plan would be implemented, Walker and his team suggested a rewrite of the statutes that strikes the call “to extend knowledge and its application beyond the boundaries of its campuses and to serve and stimulate society.” He also wants to remove the closing lines that read: “Inherent in this broad mission are methods of instruction, research, extended training and public service designed to educate people and improve the human condition. Basic to every purpose of the system is the search for truth.”

Walker has never made a secret of his disdain for Wisconsin’s progressive heritage, and his policies have evidenced his disregard for the Wisconsin Idea. But disdain and disregard are one thing. Eliminating references to “the search for truth”—and to using that truth to “improve the human condition”—is something else altogether.

There were many incidents that helped to forge Wisconsin’s commitment to freedom of inquiry and to the use of the inquiry to serve students and the state. The most famous of these came in the 1890s, when state officials pressured the UW to remove Professor Richard T. Ely from his position as director of the School of Economics, Political Science and History at the University. The charge was that Ely was too engaged with efforts in the community to improve social conditions and to expand the rights of workers. The controversy was as bitter as it was intense. But ultimately the UW Board of Regents rejected the pressure to limit the school’s search for truth and its engagement with the issues and challenges facing Wisconsin.

Their defense of Ely is quoted on a plaque on the UW campus that reads: “Whatever may be the limitations which trammel inquiry elsewhere we believe the great state University of Wisconsin should ever encourage that continual and fearless sifting and winnowing by which alone the truth can be found.”

The Wisconsin Idea has always been about the search for truth, at the UW and beyond.

When Scott Walker attacks that search, he attacks not just the UW but Wisconsin; not just public service, but the pursuit of truth in service to the public.