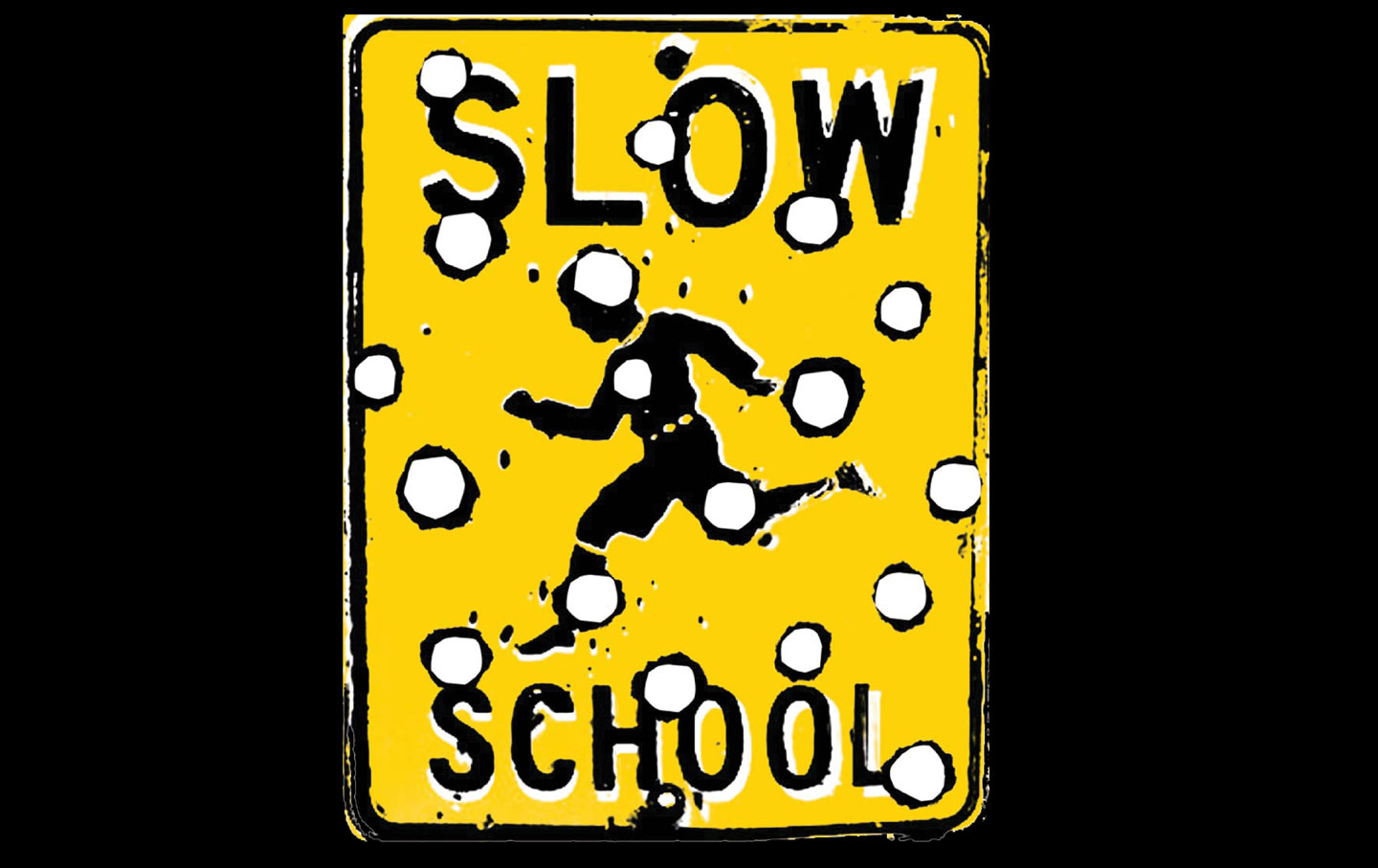 On March 20, 2018, a 17-year-old student walked into my high school with a gun, changing my life, and the lives of my classmates, forever.

Less than a week before, I remember getting ready for school full of excitement. I made sure to double check that I put all the stickers, with slogans like “Enough Is Enough” and “#NEVERAGAIN School = A Safe Space,” in my backpack. The forecast said it was going to be in the 30s, and while I knew we’d only be outside for 17 minutes, I still wanted to play it safe, putting on tights under my jeans and a thermal under my Great Mills High School T-shirt. I sat down on my bedroom floor to make a few more cards, all handwritten, that explained how to register to vote. In class, I refreshed the social-media page I had set up for the walkout like crazy, trying to keep track of all the new followers.

At 10 am on March 14, over 200 of my peers and I braved the cold. I spent the first 10 minutes passing out stickers and voter-registration instruction cards and tracking down people who expressed interest in being in a video. At around the 11-minute mark, a circle formed around my classmate Mikayla, who spoke through a megaphone, saying: “We’re here to commemorate the kids who lost their lives because of a school shooter who came up into a school just like ours, and killed their classmates.” It was so cold that the skin on my knuckles began to crack, but I was filled with a happiness difficult to explain. I was confident that we were doing something significant.

The following Tuesday, a 17-year-old boy in my graduating class walked into Great Mills High School with a gun, which he used to fatally shoot his ex-girlfriend, 16-year-old Jaelynn Willey, in the process wounding a 14-year-old student who was struck in the leg by the bullet that went through Jaelynn’s head. After, he continued down the hallway, only to take his own life when confronted by our school resource officer. 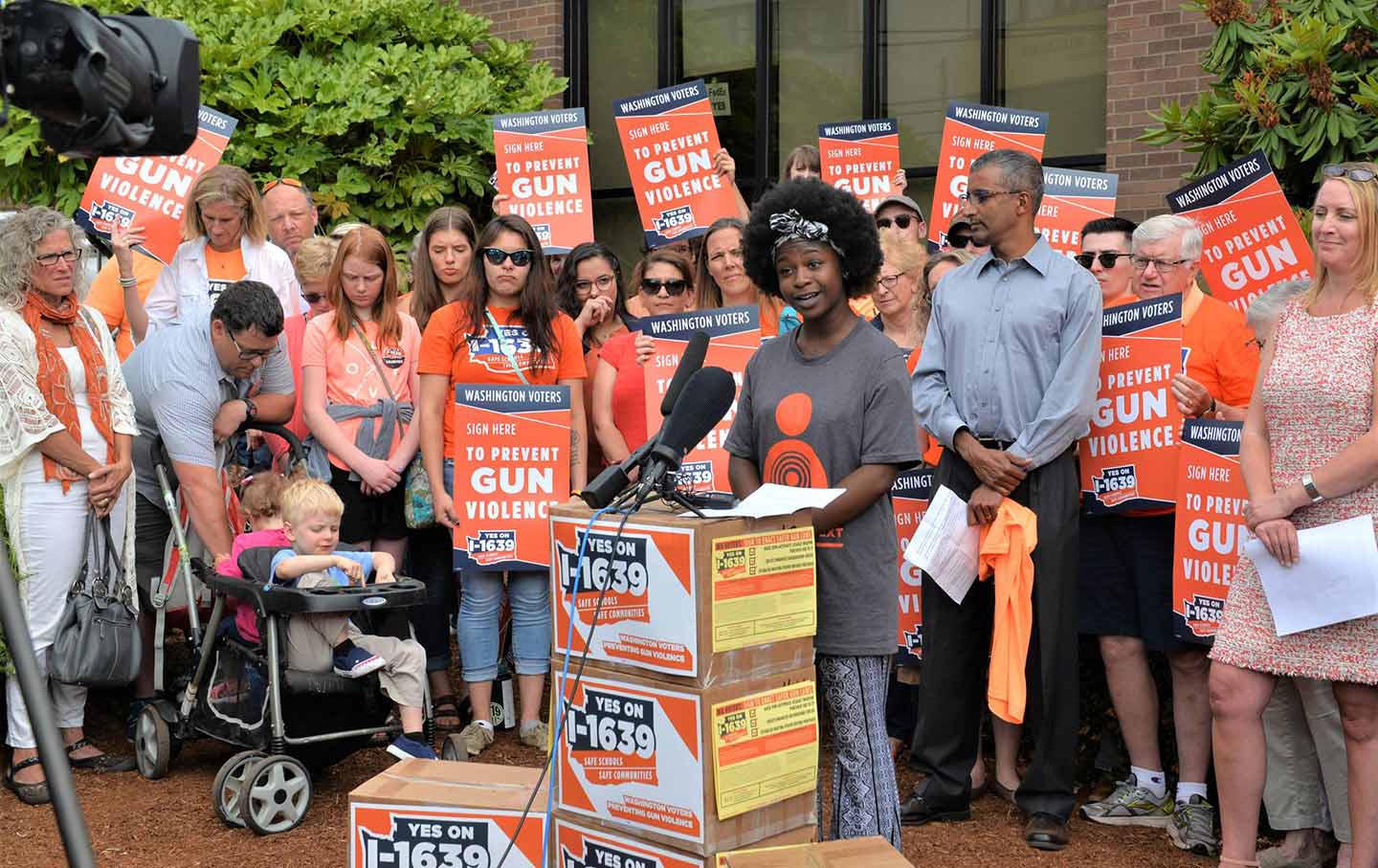 Less than a week ago I had been on cloud nine, thrilled that my little school in a predominantly Republican town had taken a stand against gun violence. Suddenly, I was sitting in my math class with the sound ringing in my ears of my peers screaming as they tried to flee our school.

I became interested in pushing for gun reform after the Sandy Hook shooting in 2012, when I was 12, and even more interested after the Parkland shooting. I wasn’t alone. In the wake of the 2018 massacre at Marjory Stoneman Douglas High School in Parkland, the country saw the birth of the biggest student-led protest movement since the Vietnam War. A generation born into a post-Columbine shooting world, who never knew a life without active shooter drills, took a stand against the gun culture that they had been raised to view as normal. This movement made change in significant ways, with states’ passing 50 new gun laws and young people showing up to vote in historic numbers.

Even so, gun violence continues to be an ever-growing problem. And my classmates and I experienced firsthand the result of our country’s resistance to change.

March 20 lit a spark in me that will never fade away—not in 2019, not ever. The battle to end gun violence and dismantle the toxic gun culture contributing to it is going to be a long one, but it’s one worth fighting. It’s my hope that we will create monumental change in time for our children’s generation to avoid living in fear the way we have.

I was heartsick and filled with dread as I refreshed my phone, waiting for my friends to check in. I sent out a tweet asking people to pray and gave out what little information I had in the moment. When my page began to get traffic, so did the video I had posted from the day of the walkout. I couldn’t bring myself to watch it again, but just reading the sadness people were expressing over the irony made me furious. That isn’t an experience I want to pass down to the next generation.

Over the summer I was at an event in DC for gun control and introduced myself to a volunteer by telling her that I was from Great Mills, and that I had been in the school shooting there in March. She responded, “Oh, that’s wonderful!”

I know she meant well, but it stung nonetheless. When I was no longer standing in front of her, I started to cry.

Nothing about what we do is wonderful. I would much rather have been watching TV at home, not going up to DC for what seemed like the hundredth time since March to try to convince people to care about gun violence.

We’re not doing this because we want to. We’re doing it because we have to. The fact is, I had my first lockdown drill in Kindergarten, and I was in a school shooting my senior year of high school.

I admire my activist friends who don’t have a personal connection to gun violence. They could easily say, “It doesn’t affect me, why care?” But they don’t do that. They put in countless hours of work, sacrifice their free time, and on occasion even get arrested. Their unwavering passion in standing with victims on this issue is moving.

As the leaders of this country seem to be taking us more backward than forward, it can be hard to remain hopeful—but it’s important that we never give up. It breaks my heart that anyone who stepped up to advocate for what they believe in feels that their hard work isn’t worth the time. Change doesn’t happen overnight, no matter how much we want it to.

I couldn’t prevent the shooting at my school with moving stickers and cards telling people how to register to vote. But that doesn’t mean my efforts were for nothing. Change happens when we change one person’s perspective, one person’s outlook on the state of the country, and one person’s vote.