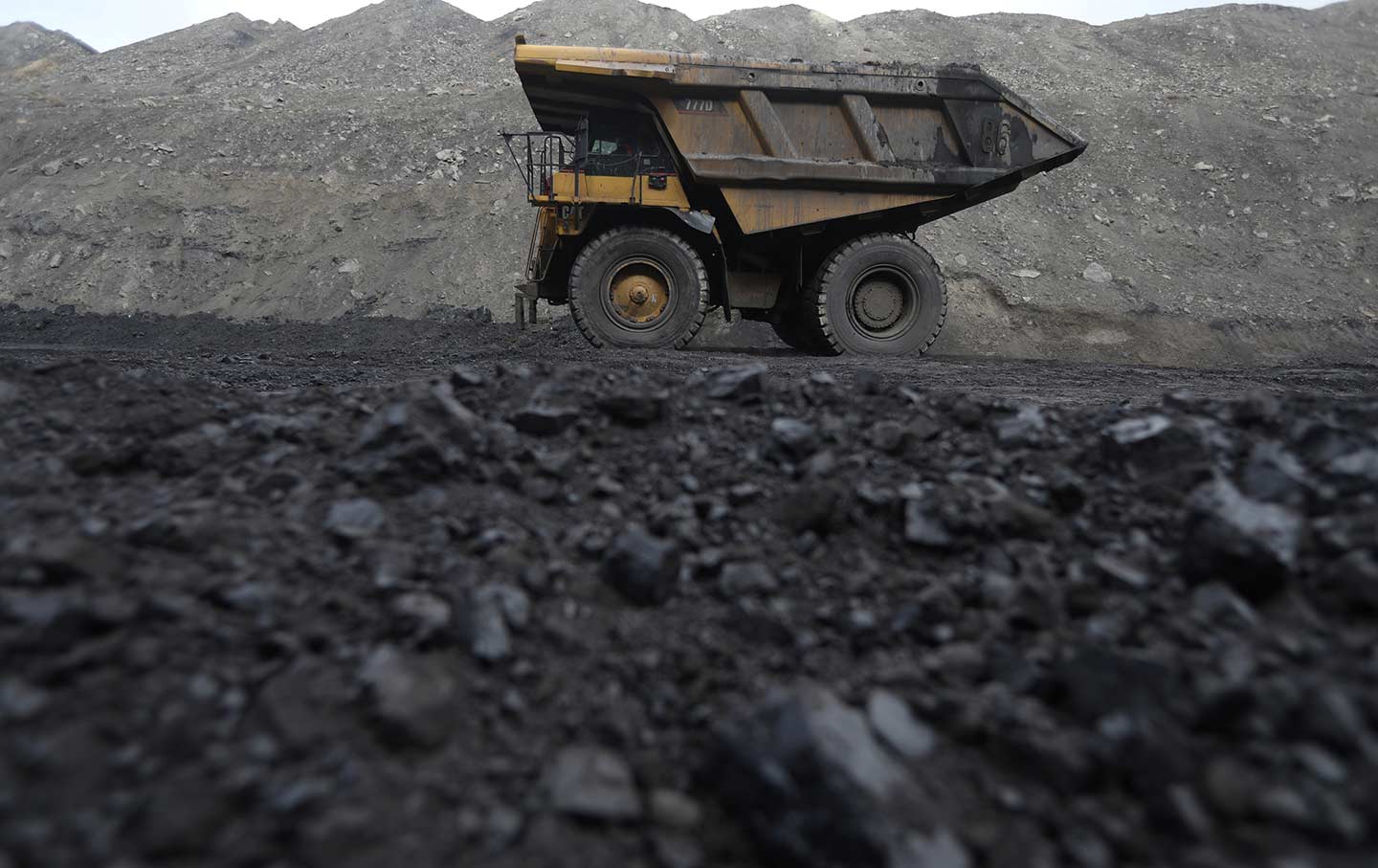 When President Trump signed an executive order last month upending the Obama administration’s climate-change policies, he was capitalizing on Appalachia’s long-standing ecological disaster, stoking resentment against environmental regulations and vowing to restore King Coal to its past glory.1

But although Trump has rolled back the “war on coal” and eased dumping restrictions, promising to “bring back” mining jobs won’t upend the reality of today’s global energy landscape, as renewables like solar and wind grow more affordable and accessible, and coal’s environmental harms prove unsustainable.2

But if you can’t save coal, can you still save coal country? A grassroots environmental-justice coalition called Kentuckians for the Commonwealth (KFTC), representing coal communities, rural and urban poor, and environmental and consumer groups, is pulling ahead of both Washington and state politicians by embracing a green transition. Ending coal’s hegemony in a solidly red state is an uphill climb—considering that Congress is currently stalling even on funding for basic health-care benefits for mine workers. However KFTC hopes those communities most devastated by coal extraction are ready to lead a transition toward solar and wind as a source of both clean power and community empowerment.3

Over a 15-to-20 year period, KFTC’s Empower Kentucky plan would bring about a reduction of 40 percent of the state’s carbon emissions, which would also prevent the emission of “93 thousand tons of sulfur dioxide and 132 thousand tons of nitrogen oxide pollution over 15 years.” The reduction in acute air pollution would help protect public health on top of mitigating the more global impacts of greenhouse gases. By 2032, the plan would generate some 43,000 new green-energy-based jobs and invest $11 billion in energy efficiency. The plan would channel about $387 million into local funds for a “just transition” to clean power, boosted by lower residential energy bills.4

Drawing on mapping data from the Environmental Protection Agency, the plan targets communities of color that are disproportionately harmed by coal-related pollutants as well as ozone and lead exposure. The program also targets poor communities of all backgrounds surrounding oil and gas wells, which are exposed to more acute environmental impacts of the region’s entrenched extractive industries. Tackling environmental injustice in areas of production as well as emissions would comprehensively address the needs of fossil-fuel-dependent mining towns and communities especially burdened by toxic air and dumping. Because across all impacted communities, poor public health—from asthma to black lung—chronic poverty, and eroding social mobility intersect under coal’s grip.5

For years, KFTC has been warning that investing in the next generation of energy sources is a much sounder investment than clinging to dying mines. It does not come without costs, however: KFTC proposes a central funding mechanism that imposes a price on pollution at the source: charging power companies for every ton of carbon they produce, starting at $1 per ton and ramping up to $3 a ton over time, yielding a total of $2 billion in revenue, to be reinvested in renewables development and financial support for the transition to clean-power generation. It’s an inherently progressive tax to make polluters pay for their pollution, and though the plan is roughly in line with existing trends in closing coal-fired plants, it would spur an equitable transition to renewables rather than short-term substitutes like natural gas.6

Sadly, though, while the plan offers a realistic blueprint for a just transition, it faces massive political resistance with pro-business climate denialists dominating Washington. Even enforcement of existing clean-air and water laws is under assault from Trump’s anti-regulatory agenda.7

But KFTC stresses that the statewide plan could be enacted largely independently and locally. Rural electricity co-ops and municipal utilities could be supported by forgiving federal debts and subsidizing energy-efficiency investments. The plan recommends that the state issue $100 million in bonds to spearhead energy-efficiency projects, like retrofitting schools and other public buildings. State public service commissions should be empowered to encourage long-term affordable green-energy production—for example, by encouraging communities to purchase solar panels for decentralized generation, with targeted subsidies for poorer households so more low-income households have access to cheap renewable power.8

For workers, the plan engages unions and workforce-development programs to ensure a clear career pathway through apprenticeships and skills certification for “displaced and disadvantaged workers in affected communities,” including the mine workers who might have been lured by Trump’s big promises of a coal renaissance.9

And the price people are willing to pay for such an alternative-energy transition is looking more reasonable by the day. According to KFTC, “When the small town of Berea offered the first subscription-based community solar farm in Kentucky, the panels available for lease sold out in four days.” And increasingly, the group is hearing locals object to hikes in residential utility base rates not simply because it raises their electricity bills, but because they’d rather their officials invest long-term in a smarter grid, based on efficiency and community-based production. Imagine if every abandoned mining site were blanketed with revenue-generating solar panels, or electric public buses helped workers breathe easier in cities while cutting transportation costs?10

Trump’s willful ignorance on climate change, meanwhile, threatens to force coal country further behind the political and economic reality that the Paris climate treaty would help prepare the country for. And for Kentucky, whatever the administration does to resuscitate coal production, the social costs are increasingly untenable.11

Regardless of what Trump says, according to KFTC organizer Lisa Abbott, “We’re committed to making as much progress as we can under current policies, while building political will to win the broader changes that are needed.” That might include pressuring local governments to set up energy-efficiency programs or invest in community-based solar gardens instead of more polluting power plants.12

Chris Woolery, who manages a local energy-efficiency program for green retrofitting, says Kentuckians already sense which way the wind is blowing when fusing ecological restoration with economic justice. In a statement announcing the Empower Kentucky plan, he noted, “With the political landscape as bleak and dangerous as it is right now, we are realistic about the prospects of this plan,” but it at least “provides a framework for powerful organizing that is already underway in communities around our state. It allows us to do more than just resist bad ideas.”13