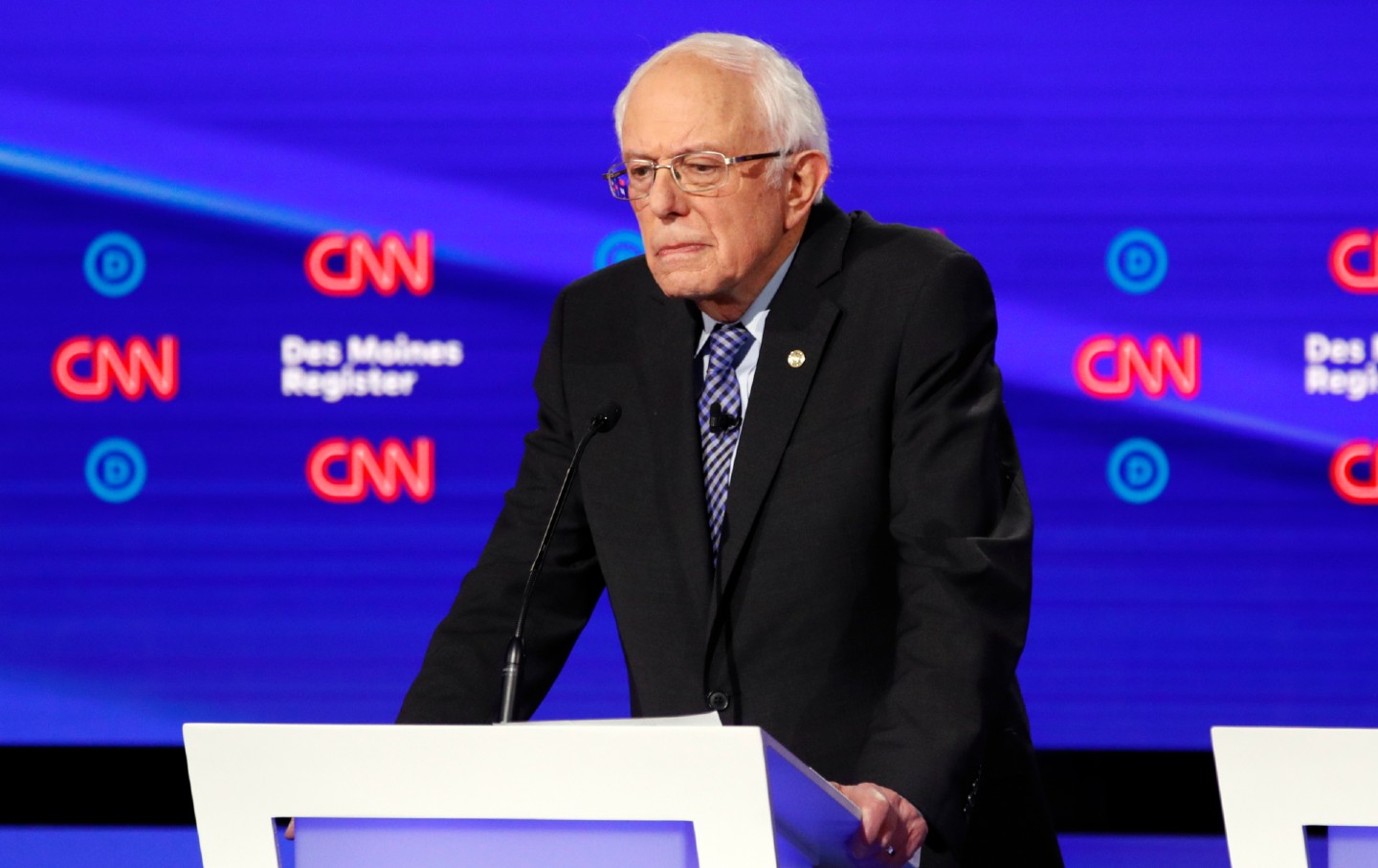 Tuesday night’s Democratic primary debate is likely to redound to Elizabeth Warren’s benefit. The senator was confident and in command of her arguments. She deftly handled the fracas about comments Bernie Sanders allegedly made to her (which he denies having said) about the poor prospects of a female candidate’s winning the presidential race. Warren turned the controversy into a chance to make the case for her electability.

The evening was a wash for the other candidates. Sanders had some good moments on foreign policy. The other candidates had a chance to present their arguments but did not otherwise distinguish themselves. Joe Biden occasionally wandered in his answers but avoided the gaffes and verbal snafus that sometimes befuddle him.

The big loser of the night was the network that hosted the event. CNN was so consistently aligned against Bernie Sanders that it compromised its claim to journalistic neutrality.

Take the issue of the argument between Sanders and Warren. Sanders flatly denied that he told Warren that a woman could not win the presidency. Since Sanders and Warren were the only two people present at that conversation, there is no way to know who is giving an accurate account of it.

The exchange with CNN moderator Abby Phillip went like this:

Phillip: You’re saying that you never told Sen. Warren that a woman could not win the election?

Sanders: That is correct.

Phillip: Sen. Warren, what did you think when Sen. Sanders told you a woman could not win the election?

The audience laughed when Phillip asked Warren the question and Sanders shook his head.

There were some decent answers on the foreign policy discussion. But Blitzer framed it in a very confusing and misleading way. Combat troops? Does that mean the US Navy in the Gulf? Qatar, Bahrain? By framing it around Iran’s demand for a US withdrawal from the Middle East he had people answering whether they supported something like the British withdrawal in like 1971. That’s not what any of these candidates are talking about with the possible exception of Sanders. And I don’t think he really is either.

Podcaster Katie Halper was also unimpressed with how CNN commentators tried to minimize foreign policy differences between Sanders and Joe Biden. She tweeted, “These @cnn commentators are appalling. They’re making it sound like [S]anders created a false controversy over the foreign policy differences between him and Biden as if it’s not actually an existential distinction between the two of them.”

The economic questions were similarly ideological, taking right-wing talking points about the dangers of deficit spending as axiomatic. As my colleague Elie Mystal tweeted, “Jesus Christ I hate these biased questions from the moderators. ‘How would you keep your plan from bankrupting the country?’ JUST ASK THE KOCH BROTHERS TO MODERATE NEXT TIME!”

Princeton historian Matt Karp tweeted, “Even as Bernie Sanders has built the largest grassroots campaign in US history—and currently leads the race in Iowa and NH—the networks still run post-debate panels without a single Bernie-friendly voice.”

CNN’s treatment of Sanders raises a major problem that he’s going to have to confront going forward: Some major players in the mainstream media are clearly unafraid to cover him in a biased and one-sided manner. But this problem also has an upside: Sanders thrives under adversity, and he can use these examples of bias to fundraise and to mobilize his base. The Sanders campaign is a gamble, and one major uncertainty is whether his base is strong enough to overcome consistently negative media coverage.