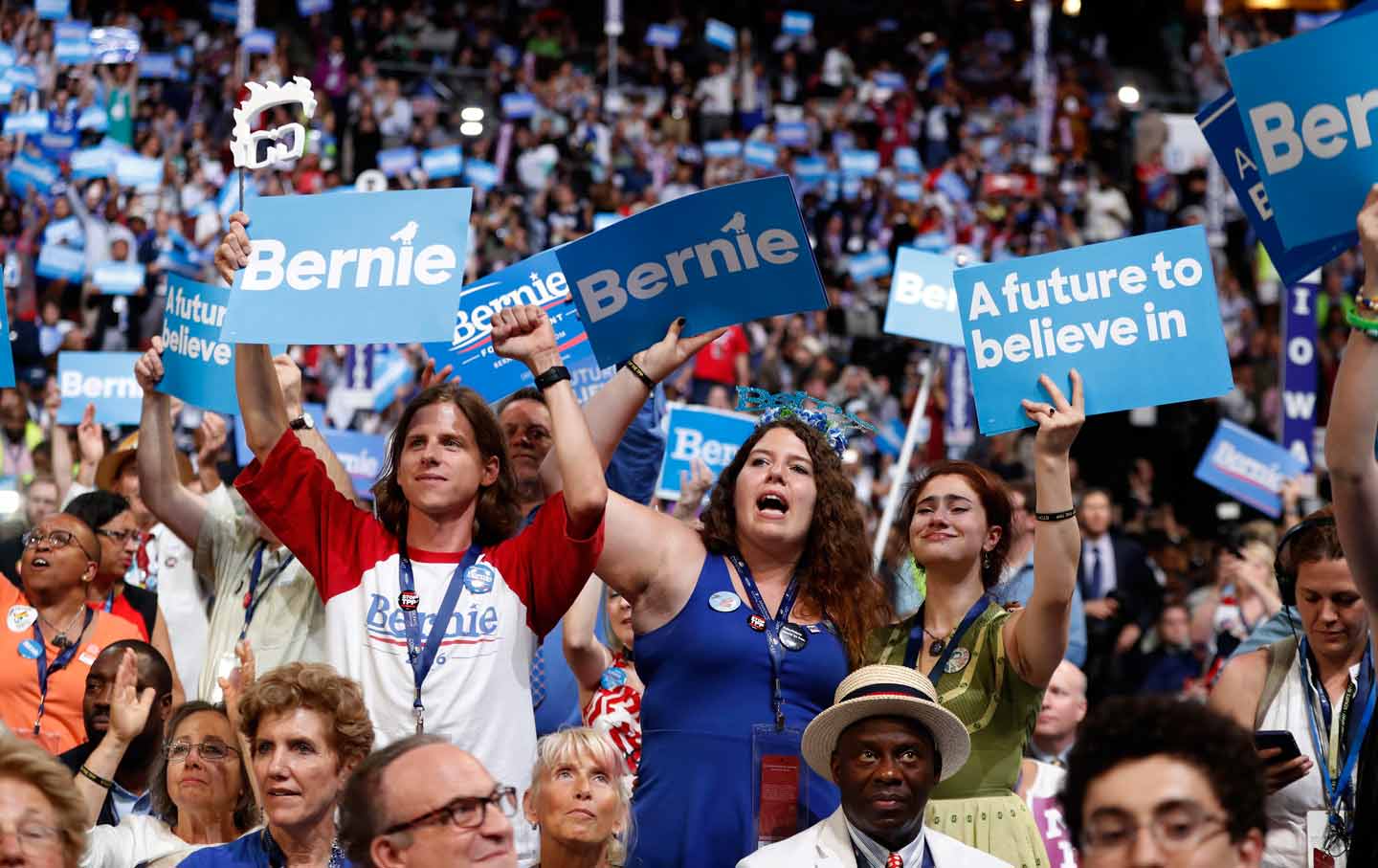 It’s been months since I sat at the Democratic National Convention and proudly cast my vote for Bernie Sanders. I still feel and miss the Bern with each passing day of this election cycle. Oh, and lest I forget, I must mention the coordination—in violation of protocol—between Hillary Clinton’s campaign and the Democratic National Committee (DNC). The attempts to derail my candidate’s chances of being named the Democratic nominee for president are pretty well documented. It is in that framework I write this.

I fall just outside, or just up against, the definition of millennial, depending on how you define that generation. Either way, I feel like I understand and share their frustration. Both major political parties have let us down. And the Democratic Party, which at least espouses our beliefs, put us in a huge thick box and then tells us we have a duty to prevent the worst from occurring. Vote for a deeply flawed candidate, or welcome in the racist/xenophobic/sexist/misogynist/fascist incarnate to the White House. Now that’s not fair, damn it! We didn’t set this up, in fact, we did everything we could to prevent this, and now you dare box us in! Arrrghh!!! One positive here, though, is that other dude has done more than any screaming liberal to show how far America has not come.

The most frustrating and maddening thing about it is this: Deep down we know there is some truth to why we are being put in this box, and the very real ramifications for not voting accordingly. It’s hard to deny what a third-party vote or non-vote could mean. It could mean that we elect a man who has literally made it popular to hate again. The reality is, we are here. And with only a few days out, there is no chance that anyone other than one of these two people will win this election.

Given that scenario and as much as we hate to admit it, voting for a third party or staying home helps him win, period. It just does, and that sucks! But again, it doesn’t make it any less true, especially and particularly if you live in, or can influence someone who lives in, a battleground state. I sincerely respect and appreciate the philosophy of what a third-party vote means—I still won’t wrap my head around not voting at all—but at the same time, we have to be honest about what that means in the context of the 2016 election. Not elections before it, or even the elections after it, just this one. This is the election where an actual major-party candidate, who is within striking distance from the White House, was just endorsed by The Crusader, the official newspaper of the Ku Klux Klan. His loyal supporters didn’t even bat an eye, and it’s 2016. That’s not even the worst thing about his campaign. Yes, we have to make our decisions in that context, and at least be truthful about the impact that decision will have.

If you’re a millennial, or an independent, or just still confused and angry, and you live in a battleground state, you have an especially heavy burden that you didn’t ask for and probably tried to avoid. Yet face it you must. As you solidify your decision in your mind, perhaps this can make it easier. Hillary Clinton really is the most ridiculously credentialed candidate to run by all conventional standards, and he is the complete opposite. She at least believes in things like climate change, social justice, and free college (thanks, Bernie). What he believes depends on what day it is, and even then maybe the hour. Except for bias, where he’s been pretty consistent.

Yes, Hillary Clinton is flawed, more flawed than many candidates before her, but she is not him—not even close and not by a long shot. And while you feel boxed in now, remember that, if and when she wins on Tuesday, she will needs us. Oh yes, after this election, she absolutely will, and we can use the frustration we feel now to push as hard and as forcefully as we can. We can push with a well-deserved sense of righteous indignation. And if that doesn’t work, in four years, that box… we will have torn it to pieces!