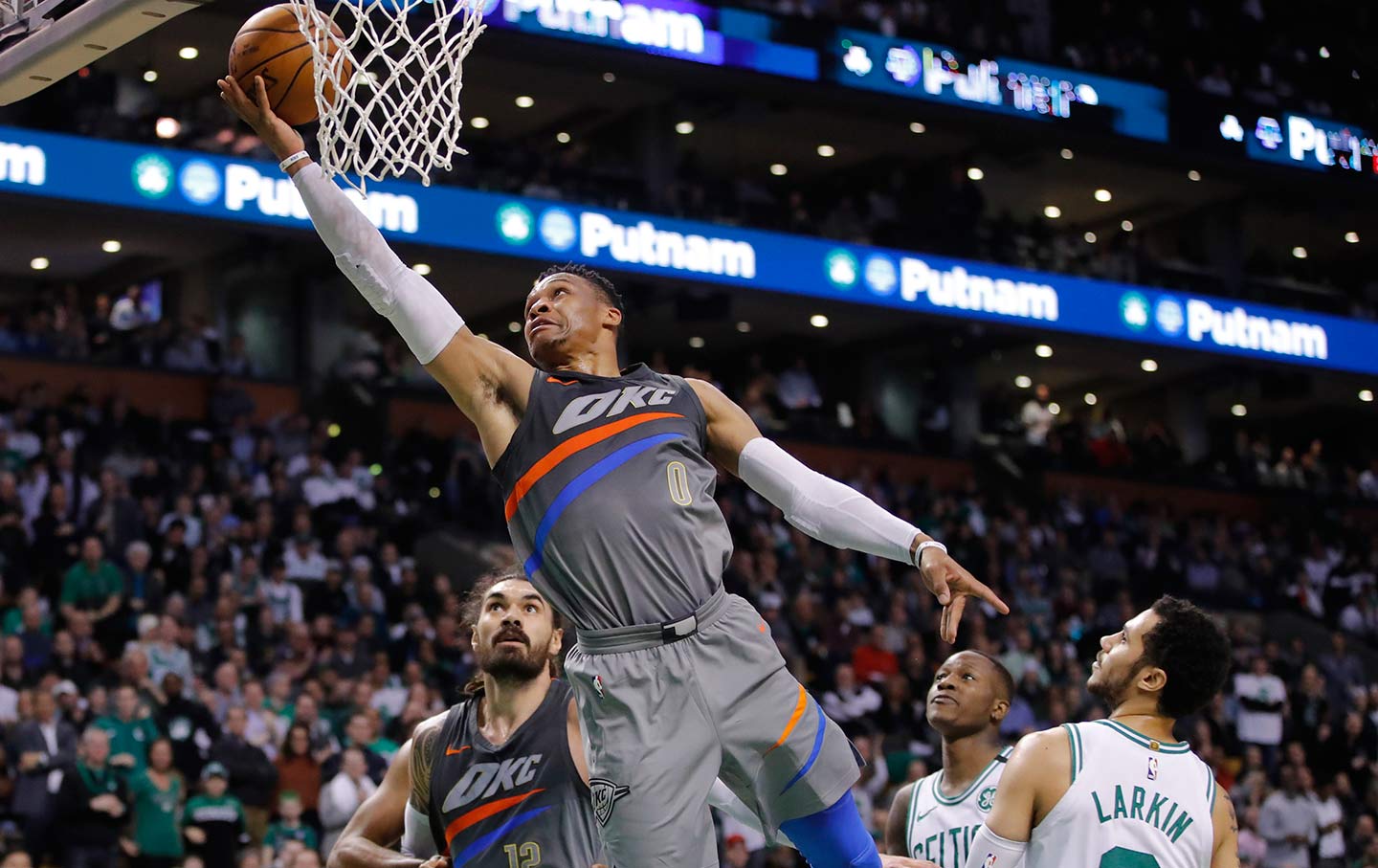 Thousands of teachers in Oklahoma are, at the time of this writing, still on strike, inspiring educators, students, and the labor movement across the country. They are the lowest-paid teachers in the country; their students suffer from a lack of the most basic resources; and they have had enough. The red-state labor revolt, which was sparked by educators in West Virginia, is now sweeping down the plain.

These teachers also have an ally in the state’s most famous athlete, Oklahoma City Thunder guard Russell Westbrook. The reigning NBA MVP was asked for his opinion about the statewide strike and he did not mince words, saying, “Education is very, very important to me. The teachers are standing up for something that obviously they believe in—that’s helping the kids get a better education—obviously them getting paid more. More funding for the schools is very, very important. I’m definitely all in for that because I believe education is key for a lot of things going on in society.”

It would have been so easy for Westbrook to say nothing and it would have been easy for him to go full “no comment.” Not only is he in the thick of a playoff race, the Thunder team owner, Clay Bennett, is perhaps the most right-wing chief executive in the NBA, complete with a bust of Ronald Reagan by his office. And yet, we should still not be surprised.

People tend not to speak about Westbrook when they talk about this new LeBron/Kaepernick/Maya Moore generation of athletes speaking out. Yet this is hardly the first time that he has refused to just “shut up and dribble.” In September of 2016, Westbrook was vocal about the shocking, videotaped police killing of Terence Crutcher in Tulsa. Crutcher had pulled over to the side of the road with car trouble, approached officer Betty Shelby with his hands raised, and was shot and killed by Shelby, who is now back on the force. After the video went viral, Russell Westbrook wrote the following to his eight million followers on Instagram:

A terrorist in New Jersey bombs New York has a shoot out with cops and gets grazed with a bullet. And safely arrested. A man with car trouble in Tulsa gets TAZED then shot. And then they stand there. Don’t offer him aid, comfort, nothing. No gun. No criminal activity. And I’ve heard people say “he should have complied.” As if that has ANYTHING TO DO WITH KILLING AN UNARMED MAN. Stop making excuses. His color got him killed. If that was a well dressed non-black female, do you think the helicopter pilot would have said “she looks like a bad person” in the same manner they said Terrance Crutcher “looks like a bad person”? Of course not. His color was the only thing that made him bad. From 500 feet in the air. I’m tired man. And I’m scared. Cuz I’m big and my skin is brown. Lord don’t let my car break down, don’t let me be in the wrong place at the wrong time. Don’t let me reach for my phone or do anything threatening. Jesus help THIS NATION. 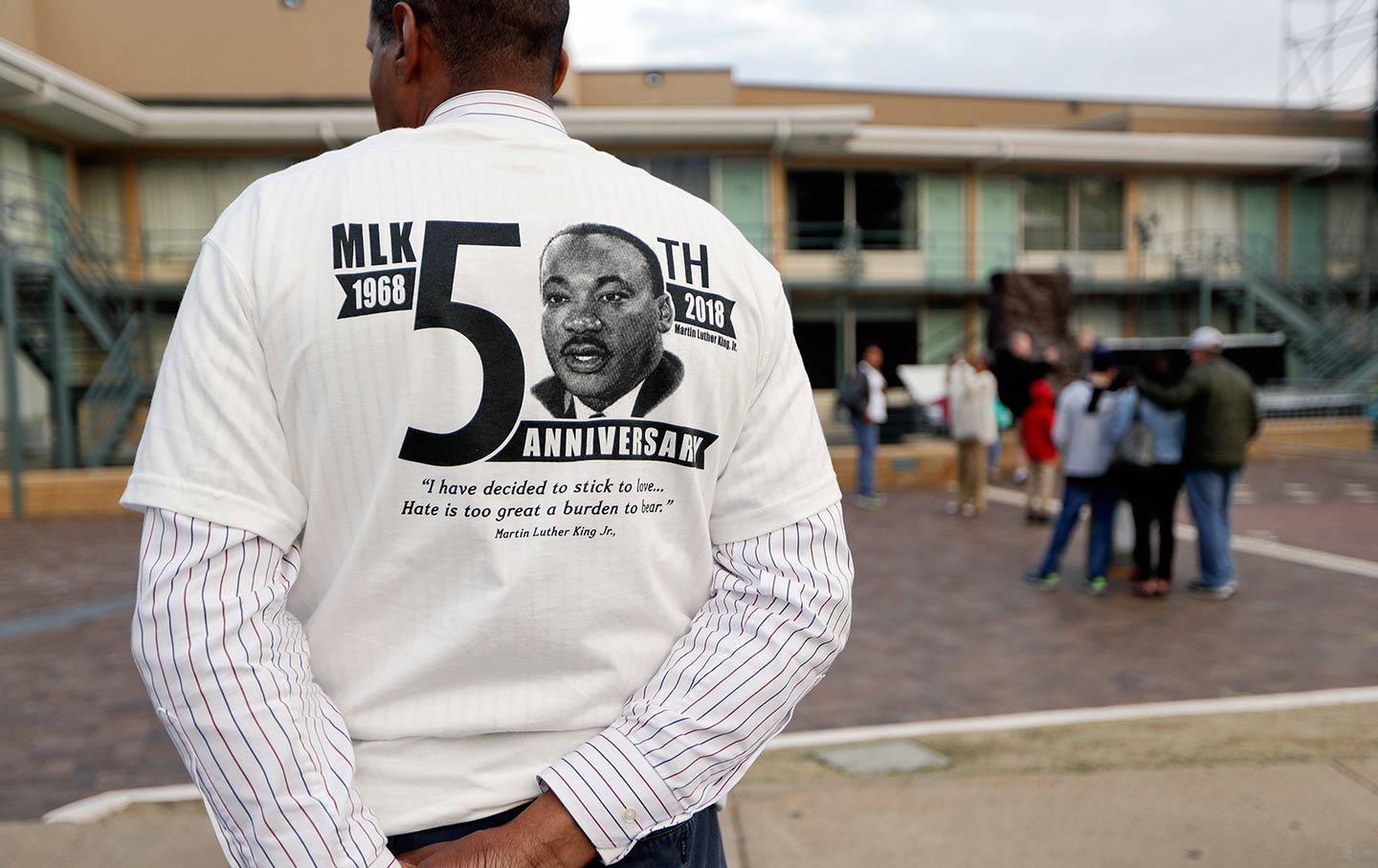 Westbrook also connected with the Crutcher family following his murder. He then spoke at length about this decision to speak out in Etan Thomas’s book, We Matter: Athletes and Activism, saying to his former Thunder teammate, “I think its important as an athlete and specifically as a Black athlete to be able to support something like this. To be able to support a family that’s in need. I don’t have an answer, in fact nobody has an answer. If they did we would be able to fix it, but somebody has to figure out something because this can’t continue to happen like this.”

Etan Thomas then asked him if he was concerned about any backlash he could receive for supporting the Crutcher family, and his response could also double as a defense for what he said about Oklahoma’s teachers:

Not at all. I think that me as an athlete and having the platform that I have, I have the courage and the confidence to be able to speak out and not worry about the backlash. Stand by what I stand for no matter who disagrees with me or not. I didn’t do it or say what I said worried about if people will like me or not, I said it because it’s right.

Oklahoma teachers are striking because, as the slogan goes, their working conditions are our children’s learning conditions. Russell Westbrook gets that, and now his fans throughout the state know where he stands. It just got a little chillier in the governor’s mansion, not to mention the OKC Thunder’s owner’s box.