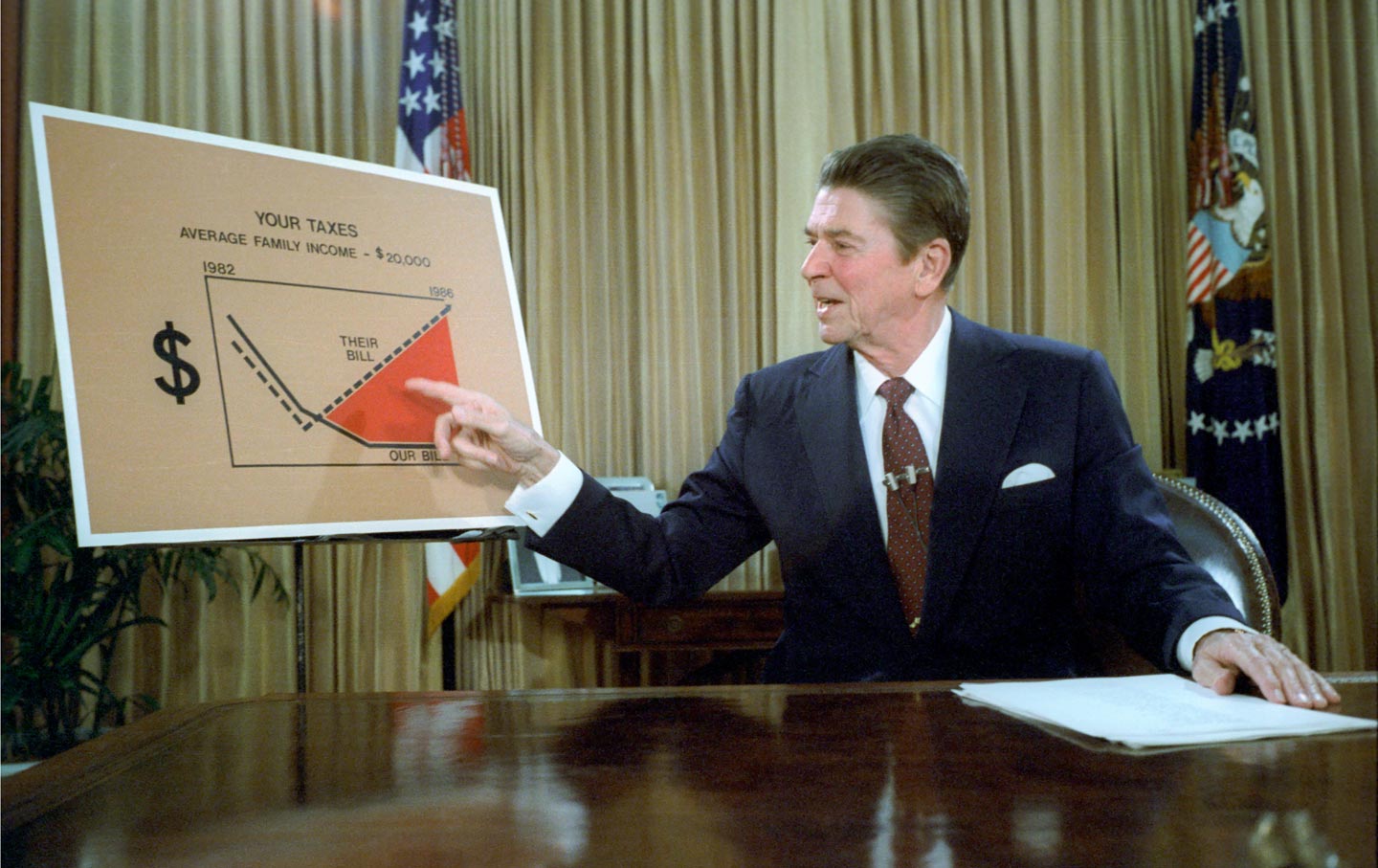 President Ronald Reagan gives a televised address from the Oval Office, outlining his plan for tax reductions in July 1981. (Courtesy of the Reagan Library)

Could Republicans be right when they say taxes on business hurt the economy, and low wages help?  Robert Reich says there’s an easy way to find out: compare economic growth in high-tax, high-wage California, with Texas.

And, as the horrible year of 2016 comes to an end, Amy Wilentz talks about some of the year’s worst moments—and some of the best.