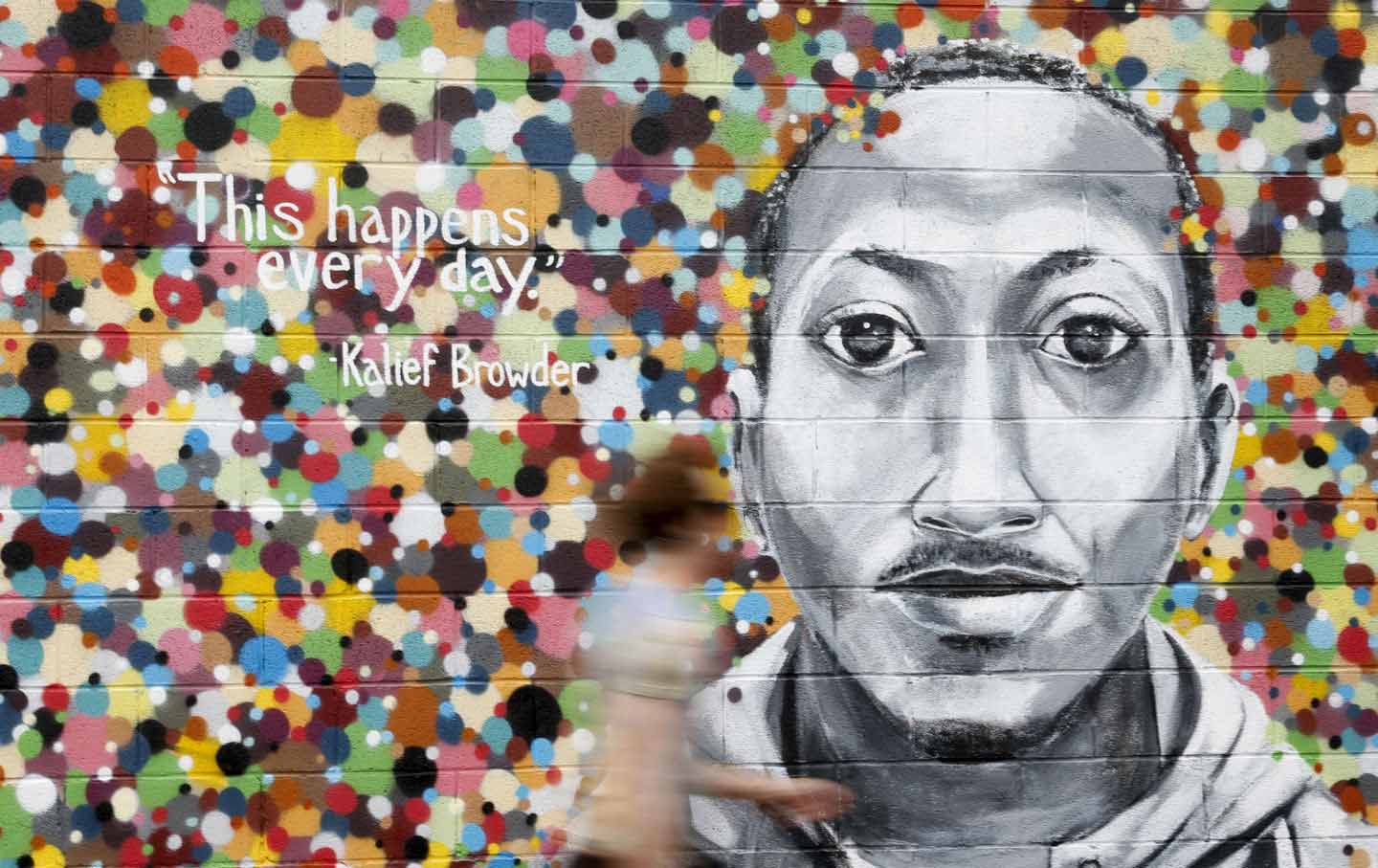 Late last week, New York City Mayor Bill de Blasio announced his support to close Rikers Island, the jail complex with a long history of violence that currently imprisons more than 8,000 New Yorkers. His support, combined with the release of a report by an independent commission, puts New York City on a path, though a long one, to closing the infamous jail.

Rikers is the site of dozens of horrifying stories of prisoner mistreatment, which have gained wider prominence in recent years. There was Andy Henriquez, who died four years ago, at 19 years of age, in the prison’s solitary-confinement unit. Allegedly, Henriquez, who was suffering from a tear in his aorta that had spread, cried out from his cell to say goodbye to his mother, but he never got the chance. He died on the floor of the cell without proper medical attention.

The Robert N. Davoren Center, the jail that housed most teen boys between the ages of 16 and 18, was particularly notorious. In 2014, the US Attorney for the Southern District of New York released a report on the treatment of teen boys in the prison and found that in one year, between 2012 and 2013, adolescents sustained a total of 754 visible injuries. The report, which collected data from 2011 to 2013, also found that use of force was common in areas without surveillance cameras, investigations into the use of force were inadequate, and that there was a “deep-seated culture of violence” against teenage inmates.

But it wasn’t until 2014 that the “culture of violence” on Rikers Island penetrated the national consciousness. Writing for The New Yorker, Jennifer Gonnerman profiled Kalief Browder, a 17-year-old from the Bronx who was picked up for allegedly stealing a backpack in 2010. Browder was sent to Rikers, where he remained for years awaiting a trial. During that time, Browder spent extraordinarily long periods in solitary confinement, where, he said, he was brutalized by guards. In 2012, he attempted suicide. The jail’s answer was to put him in solitary, again, this time with no magazines or clothes.

In life, Browder’s story served as a wake-up call to those who were unaware of the situation at Rikers. In death, that wake-up call turned into a clarion call.

In 2015, the city agreed to overhaul the jail. The changes would be sweeping: an outside federal monitor would be brought in to oversee the jail, as well as more surveillance cameras, body cameras for guards, and other rules and regulations for guards—including one prohibiting them from hitting prisoners in the head.

But those changes were not enough for many criminal-justice reformers. “It amounted to lipstick on a pig,” said Glenn E. Martin, president and founder of JustLeadershipUSA, an organization dedicated to cutting the correctional population in half by 2030. “The fact of the matter is that you have a culture of abuse and violence and that’s not going to go away,” he said. The city purchased the land from the Riker family in 1884; during the 1800s, family member Richard Riker was known for capturing runaway slaves and sending them back into slavery. “It’s always had an abusive culture.”

Last year Martin founded #CLOSErikers, a campaign to shutter the jail’s doors, in partnership with two other organizations. Their facts page paints a grim picture of the jail: 79 percent of prisoners at Rikers are actually being detained and awaiting trial, like Browder was; violence against prisoners rose every year from 2008 to 2014; and 77,000 New Yorkers went through Rikers in 2015. There is also a financial incentive: the city spends $209,000 per person per year on detaining people at Rikers.

The news that Mayor de Blasio would back the closing of Rikers came down last Friday, just two days ahead of the release of a 97-page report with the recommendation to close Rikers Island and replace it with smaller facilities placed throughout the boroughs. It’s a departure from the mayor’s previous position; last year he called the idea “noble.” But it appears political pressure, especially from groups like #CLOSErikers, persuaded de Blasio to change his mind.

The mayor said he believes the jail can be closed in ten years if crime continues to steadily fall and has not ruled out building newer jails on Rikers. That’s not good enough for Martin. “You will not build another cell on Rikers on our watch,” he said. “If [de Blasio] is really committed to closing Rikers he needs to reallocate money away from Rikers and into the community.” Martin emphasizes a holistic approach to reform. “Without fully reimagining the criminal justice system in New York City, closing Rikers is a pipe dream,” he said. That includes ending the practice of incarcerating people facing trial. Martin’s organization has been integral in pushing a speedy-trial bill, a piece of legislation that will enforce the Sixth Amendment correctly. The bill is currently in committee.

Martin believes his organization’s work was an integral part of pushing the mayor to backing the jail’s closure. “We helped him see there was a constituency. The mayor realized he wasn’t going to get away from us,” he said. When the two encountered each other recently, Martin said, the mayor articulated his support. “Glenn, you had me at hello,” Martin recalls de Blasio saying. “I think we gave [de Blasio] the political courage showing him there was a constituency willing to stand with him.”

Eric F. Phillips, the mayor’s press secretary, told The Nation in an e-mail that de Blasio has always been “publicly and privately supportive” of a goal to close the jail. “It’s no secret that City Hall has been working diligently behind the scenes for some time to test whether closing the facility at some point in the future is feasible. We expect to share results of the Mayor’s focus on these significant challenges very soon.”

While de Blasio prepares to tell the public about the challenges of closing Rikers, Martin prepares for the fight ahead. “A year ago, I asked myself, ‘Who has the most stake in the outcome of shuttering Rikers?’” His answer was the at least 70 million Americans with criminal records. “We haven’t begun to dig into our base and that base is just going to continue to grow.” There will be a lot of hurdles to come: communities that don’t want jails, hard-liners who still think sequestering prisoners on a remote island is the right idea. But Martin is steadfast. “If we built this amount of power in 12 months, imagine what we can do in the next year or two.”

Editor’s note: Due to an editing error, an earlier version of this piece stated that Richard Riker was known for capturing runaway slaves and sending them back into slavery in the 1880s. It should have said 1800s. The piece has been updated.