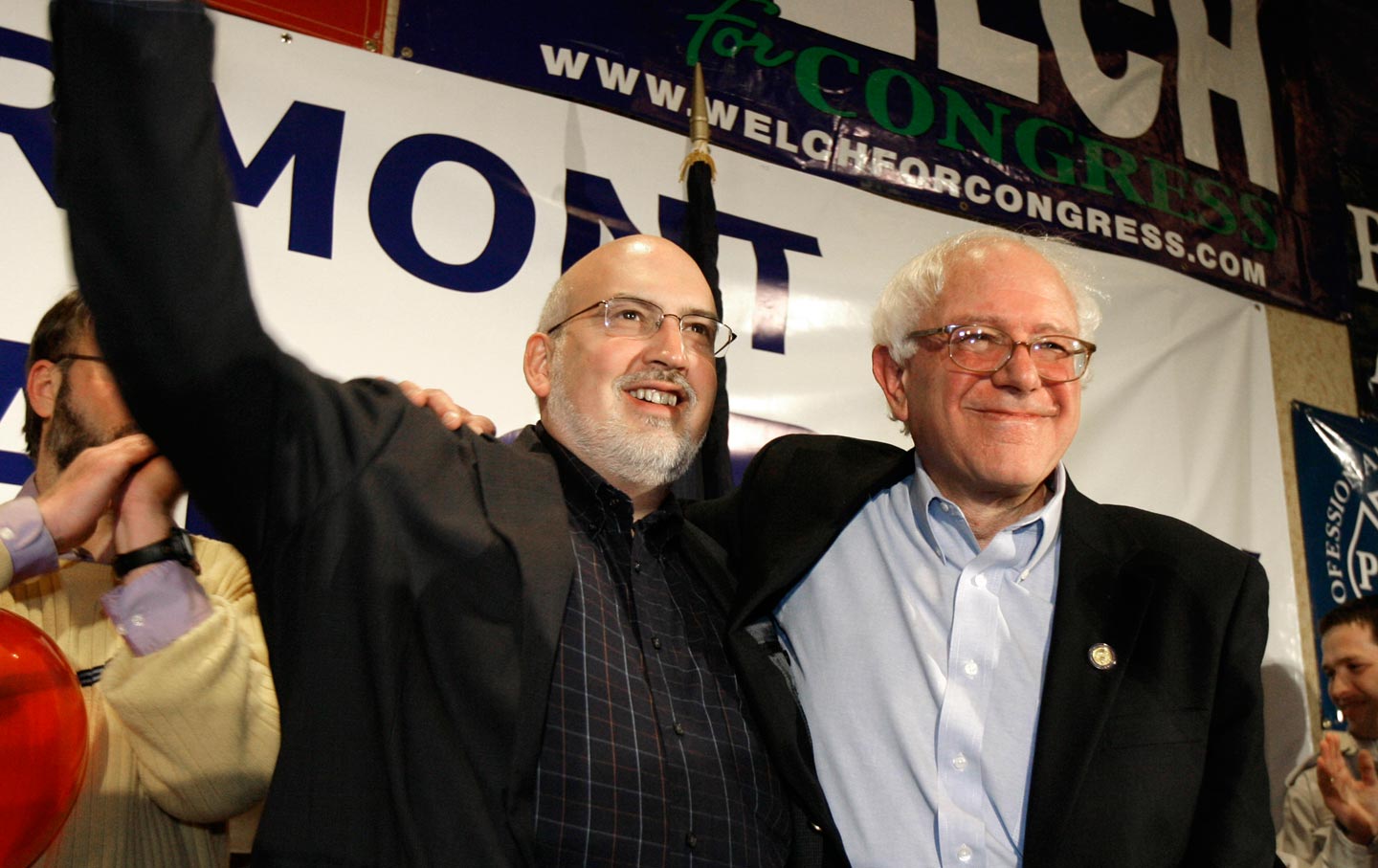 “Victory has a thousand fathers,” President Kennedy once said, “but defeat is an orphan.” By the measure that supposedly counted most—winning the Democratic nomination, and then the White House—the Bernie Sanders campaign was not a success. For many of us who felt the Bern, the past months have been a painful progress through the five stages of grief. (Speaking only for myself, I’m still having trouble getting past depression.)

But, as Sanders reminded his supporters last night during the national launch of Our Revolution, the new organization founded to carry forward the work of his “political revolution,” by every other measure they succeeded far beyond what anyone (including the candidate himself) would have deemed possible even a year ago. “We won overwhelming support from the younger people of our country, 45 years of age and younger—black, white, Latino, Asian-American and Native-American youth,” Sanders reminded the audience. “Our ideas, our vision, represent the future of America. In many ways, we have won the ideological debate.”

Sanders also claimed credit for “the strongest and most progressive Democratic platform in the history of the country…. And if I have anything to say about it, that document is not going to sit on a shelf gathering dust. It is going to be the blueprint for Democrats moving forward in Congress and around the country.” That isn’t going to happen with Donald Trump in the White House—or if Congress remains in Republican hands. But having pledged his loyalty to Hillary Clinton in Philadelphia, last night Sanders barely mentioned the top of the ticket, focusing instead on the “hundreds of thousands of people…fighting at the grassroots level for changes in their local school boards, city councils, state legislatures and…in Washington…and doing all that they can to create an America based on the principles of economic, social, racial and environmental justice.”

In some ways, the event, which was livestreamed from North End studios, a community arts space in Burlington, marked a return to Sanders’s Vermont roots. Environmental activist Bill McKibben opened the proceedings, followed by Mari Cordes, a Democratic nominee for the Vermont House of Representatives who is among the 100-odd candidates the group intends to endorse (and presumably help raise money for) between now and November.

But the launch itself—and the press coverage leading up to it—was also a reminder that, alongside its many political achievements, the Sanders candidacy also left behind a trail of bruised egos and competing claims for credit common to any hard-fought political campaign. As Politico reported on Tuesday, the announcement that Jeff Weaver, who’d managed Sanders’s presidential effort, would be the new group’s president prompted a number of staffers to resign in protest. Claire Sandberg, the former digital-organizing director of the presidential campaign who had been named organizing director for Our Revolution, told The New York Times, “I left and others left because we were alarmed that Jeff would mismanage this organization as he mismanaged the campaign.” Sandberg also cited concerns that the group’s status as a 501(c)(4), which means it doesn’t have to report the identities of donors, was at odds with the Sanders campaign’s mission to free politics from corporate domination. “We’re organizers who believed in Bernie’s call for a political revolution, so we weren’t interested in working for an organization that’s going to raise money from billionaires to spend it all on TV,” she told NBC.

On the other hand, Our Revolution’s press, fundraising, and social-media presence are now being handled by Revolution Messaging, the same Washington, DC–based shop that did similar work during the campaign. And though the group’s executive director, Shannon Jackson, is a 27-year-old Essex, Vermont, native who previously served as Sanders’s driver, Our Revolution’s board will be chaired by Larry Cohen, the former president of the Communications Workers of America who until recently led Labor for Bernie. If nothing else, Cohen’s involvement underlines the group’s commitment to its first real test of strength—the campaign to prevent Congress from passing the Trans-Pacific Partnership in the lame-duck session after the elections.

Meanwhile, the group’s involvement comes as a welcome boost—in both profile and potential fundraising—for the candidates it endorses, from Vernon Miller, running for a school board in Nebraska, to California state-Senate hopeful Jane Kim, to congressional candidates Jamie Raskin and Zephyr Teachout, to former US senator Russ Feingold.

Because ultimately this is all about Bernie’s list—the millions of $27 donors who, taken together, changed the rules of political fundraising. That list is the holy grail of progressive politics, and Sanders remains understandably reluctant to turn it over to anyone he doesn’t trust completely. In that respect Jeff Weaver, who has worked on Sanders campaigns for 30 years, has an unparalleled claim to lead Our Revolution. Whether he also has the strategic vision, tactical judgement, or organizational skills to keep the revolution alive and growing remains, for the moment, very much an open question.