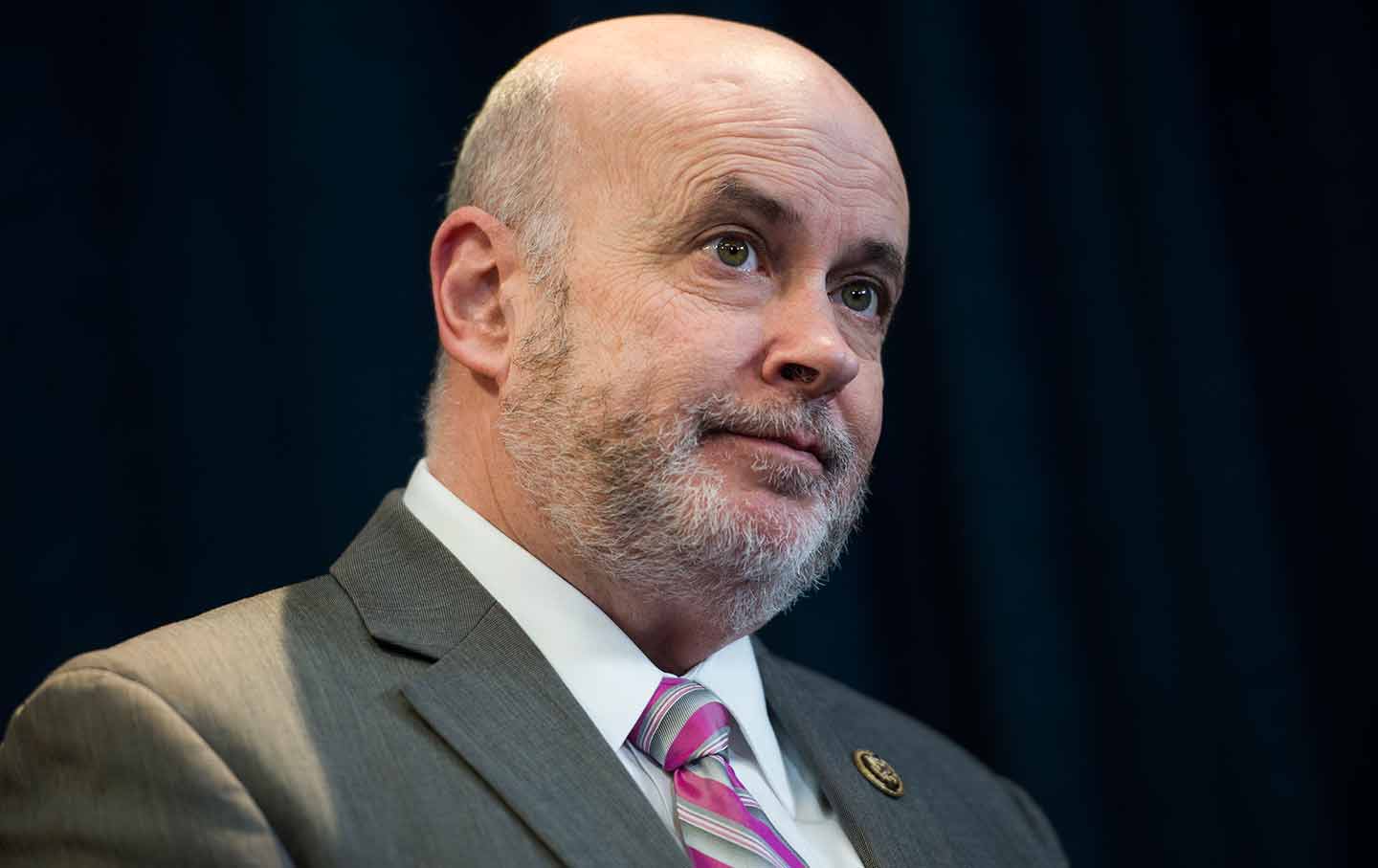 Members of Congress are allowed to invite guests to attend the annual State of the Union address by the president. This year, when Donald Trump speaks to a joint session of the House and Senate, many Democrats will bring Dreamers to the Capitol in hopes that their presence will lead the president and his Republican allies to support protections for young people who were left in legal limbo by the president’s canceling of the Deferred Action for Childhood Arrivals program.

But Congressional Progressive Caucus co-chair Mark Pocan (D-WI) decided to send an even blunter message about misguided Republican priorities. He invited Randy Bryce, a Wisconsin ironworker who is one of the Democrats running against House Speaker Paul Ryan, to be his guest. Bryce, the son of a Mexican-American father and a Polish-American mother, has been an ardent advocate for the Dreamers, highlighting their fight at campaign stops, at a town-hall meeting with Congressman Ruben Gallego (D-AZ), and in repeated blasts at Ryan.

“Ever since Donald Trump announced his disgusting plan to rescind DACA, members of Wisconsin’s immigrant community have been asking to speak with Paul Ryan so they can personally urge him to support the Dream Act, to make DACA permanent, and to block federal budget spending to fund mass deportations,” says Bryce, who appeared with Wisconsin Dreamers last fall and recounted the story of their struggles to get a meeting with Ryan:

Fernanda and Valeria are two Dreamers who live in Wisconsin’s 1st Congressional District—and all they want is a meeting with their congressman. Paul Ryan refused to meet with them at his office, even after they went on a five-day hunger strike, and he refused to meet them at his Janesville church, even though the priest gave Fernanda and Valeria permission to be there.

But Fernanda and Valeria refuse to give up on their dream of living life in the only country they’ve ever known. Unable to get a meeting with Ryan in Wisconsin, they flew to New York to try and meet him outside the Al Smith Dinner, where he was giving a keynote address to the mega-donors in attendance.

It won’t surprise you to learn that he refused to meet them. He was too busy making promises to his corporate donors.

I guess I can understand why Paul Ryan thinks people should have to fly around the country to meet with him—since that’s what the special interests, lobbyists, and billionaires do. But constituents shouldn’t have to fly in a desperate attempt to meet their representative.

Bryce has attracted significant support for his aggressive run against Ryan—including endorsements from Vermont Senator Bernie Sanders, Congresswoman Barbara Lee, Vote Vets and the Latino Victory Fund—and that has unsettled Republicans. So it should come as no surprise that they were upset by the news that Pocan would be bringing the union activist to Tuesday’s State of the Union speech.

But it was surprising when one of the senior Republicans in the House blew his stack and attacked Pocan for “creating a spectacle” that is “disrespectful and out of bounds.” “As the Dean of the Wisconsin Congressional Delegation, I expect my colleagues to maintain Wisconsin values and treat each other with respect, civility, and deference,” declared Congressman James Sensenbrenner, a conservative Republican whose district adjoins the districts represented by Ryan and Pocan. “By using the State of the Union to prop up a campaign in the hopes of getting a rise out of Speaker Ryan, Congressman Pocan erodes the tradition of basic comity in the Wisconsin delegation.”

In a statement released to Wisconsin media, Sensenbrenner called on Pocan to “reconsider the blatant stunt of inviting candidate Randy Bryce as his guest.”

Pocan was having none of it. “Speaker Ryan is a nice guy, but it isn’t nice to write a bill that would kick 23 million people off their health care, or pass tax cuts that primarily benefit the top 1 percent, rather than his own constituents. Worse, Speaker Ryan has now collected $500,000 in campaign funds from the Koch brothers for passing tax cuts for corporations and the wealthy. The sad reality is that Speaker Ryan has abandoned his Wisconsin values by refusing to face his constituents in a truly open town hall, which is at the core of our jobs, and by not standing up to the President when necessary,” said the Democratic congressman.

“Republicans have zero credibility to discuss the state of political discourse in America or what is disrespectful or out of bounds,” added Pocan “I must’ve missed Mr. Sensenbrenner’s remarks when the President disparaged foreign countries as sh*tholes, called neo-Nazis and white supremacists ‘very fine people,’ bragged about sexually assaulting a woman, or even reportedly asked his lawyer to pay off an adult film star using campaign funds. Apparently tax cuts for GOP donors come at any cost.”